"History will not judge us kindly," one employee wrote 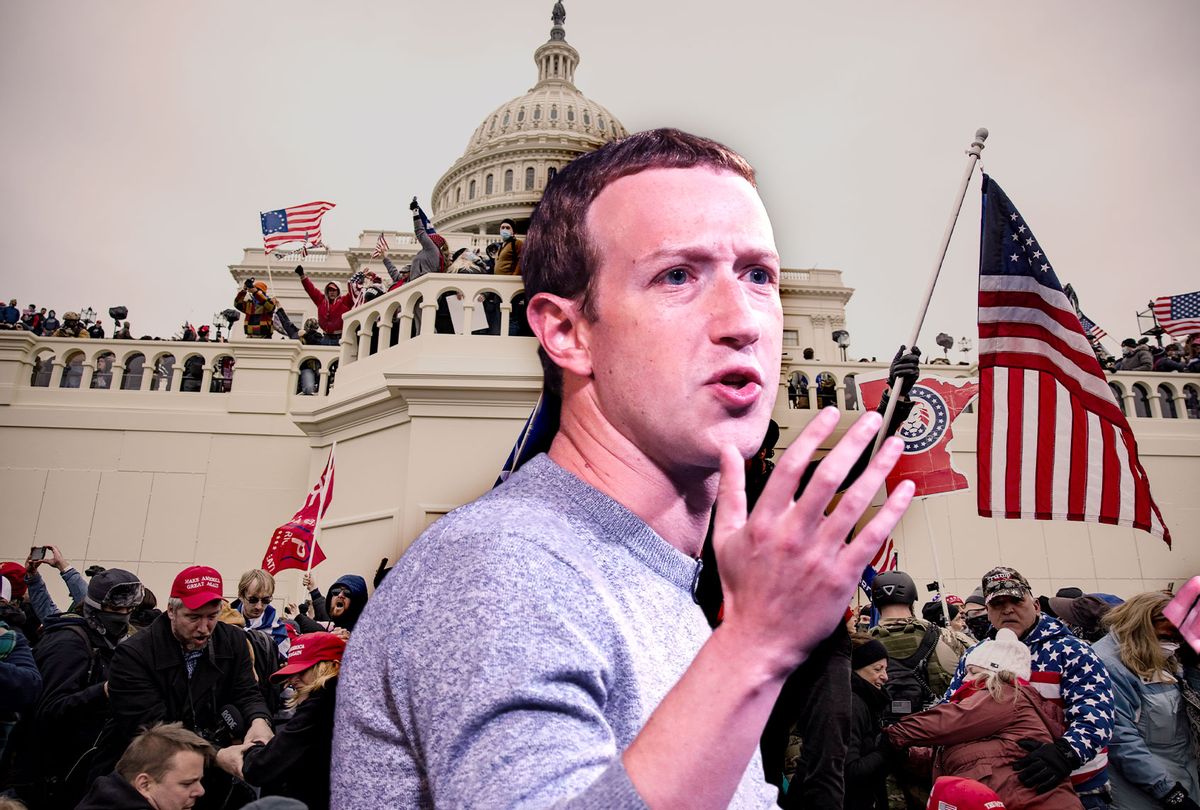 Facebook employees fumed with anger and regret on an internal messaging system on Jan. 6, as they blamed the company for contributing to the Capitol insurrection.

"This is not a new problem," one employee wrote on Facebook's Workplace messaging system, according to a new report from the Washington Post. "We have been watching this behavior from politicians like Trump, and the — at best — wishy washy actions of company leadership, for years now. We have been reading the [farewell] posts from trusted, experienced and loved colleagues who write that they simply cannot conscience working for a company that does not do more to mitigate the negative effects on its platform."

Another employee wrote bitterly on Workplace: "Never forget the day Trump rode down the escalator in 2015, called for a ban on Muslims entering the US, [and] we determined that it violated our policies, and yet we explicitly overrode the policy and didn't take the video down. There is a straight line that can be drawn from that day to today, one of the darkest days in the history of democracy and self-governance. Would it have made a difference in the end? We can never know, but history will not judge us kindly."

A third employee recalled the anger in June 2020, after Black Lives Matter protesters had been forcibly cleared from a park next to the White House before Trump walked through for a photo opportunity during which he denounced the demonstrations, the Post reports.

"Employees have been crying out for months to start treating high-level political figures the same way we treat each other on the platform. That's all we're asking for," the employee wrote. "Last we spoke, innocent protesters were tear-gassed under the orders of a political figure whose message was amplified. Today, a coup was attempted against the United States. I hope circumstances aren't even more dire next time we speak."

The Post's report is based on thousands of pages of internal Facebook documents that were turned over to the Securities and Exchange Commission by whistleblower Frances Haugen.

RELATED: Facebook could have stopped 10 billion impressions from "repeat misinformers", but didn't: report

"The SEC documents, which were provided to Congress in redacted form by Haugen's legal counsel and reviewed by The Post and other news organizations, suggest that Facebook moved too quickly after the election to lift measures that had helped suppress some election-related misinformation," the newspaper reports. "The rushed effort to restore them on Jan. 6 was not enough to stop the surge of hateful, violent posts, documents show. A company after-action report concluded that in the weeks after the election, Facebook did not act forcefully enough against the Stop the Steal movement that was pushed by Trump's political allies, even as its presence exploded across the platform."