Lego’s return to gender neutral toys is good news for all kids. Our research review shows why

When toys are gendered, all children – and eventually adults – pay the price 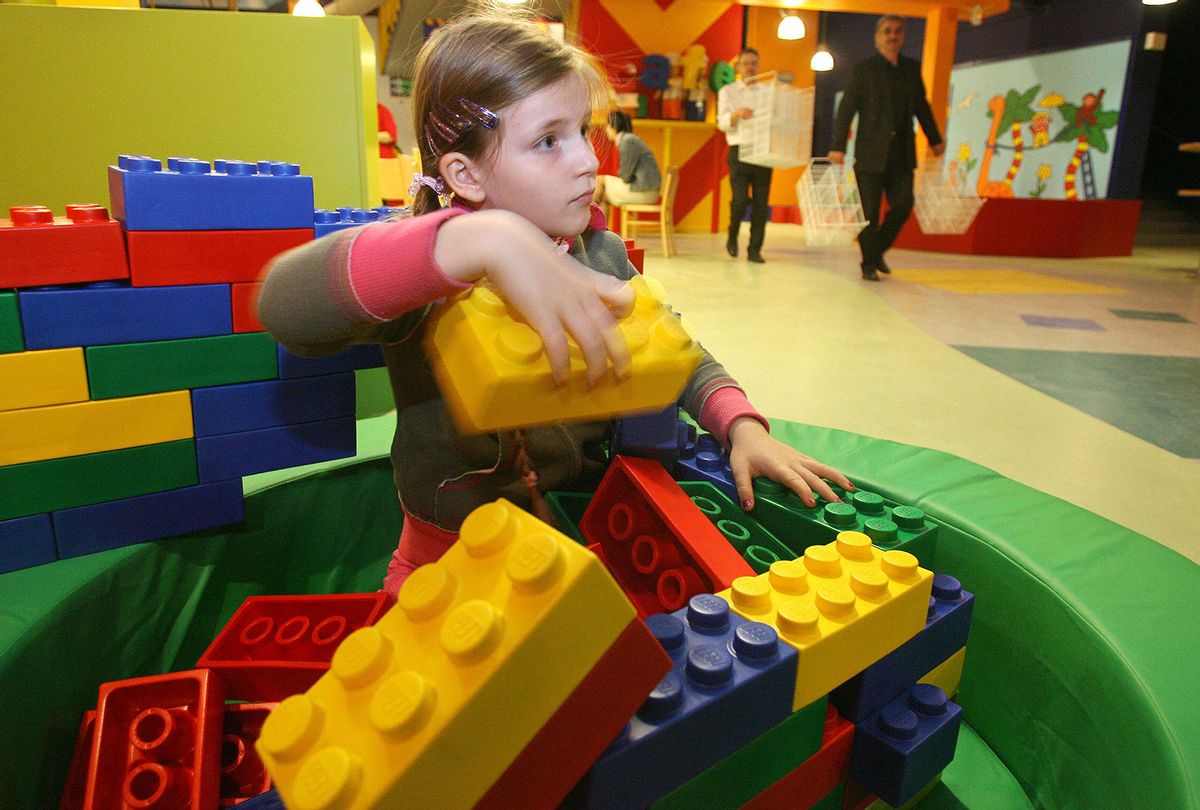 Lego announced this week it would work to remove gender stereotypes from its brand, including no longer marketing toys distinctly to boys or girls and ensuring products are gender-neutral.

This move by one of the world's most powerful brands comes in response to research the Danish toy manufacturer commissioned to understand how parents and children think about creativity.

The survey of nearly 7,000 parents and children across seven countries found strong endorsement of traditional gender roles among both boys and girls, with 78% of boys and 73% of girls agreeing "it's okay to teach boys to be boys and girls to be girls".

Overall, the results suggest boys feel more pressure to conform to gender roles and norms for creative activities than girls. But the perceptions and beliefs of others may also be holding girls back. When toys are gendered, all children pay the price.

We recently conducted a systematic review of gender stereotypes and biases in early childhood.

Awareness of gender as a social category develops early in life, and insight into some gender stereotypes begins early. For example, preschool-aged children can hold beliefs such as only boys can be policemen and only girls can be teachers or nurses.

Gender and racial stereotyping and prejudice can be observed in children as young as three to four years of age, as children take on cues from around them to decode and understand the world.

When children observe different toys and tasks for different groups, they can learn stereotypes and prejudices, such as viewing shopping as an activity for girls and "fixing things" and using tools as activities for boys. This can reinforce rigid binary views of gender.

Such stereotypes and prejudices can be carried throughout life, making early childhood critical for setting the foundations for lifelong attitudes.

Read more: Barbie for boys? The gendered tyranny of the toy store

Beliefs and expectations about what types of toys and play are appropriate for girls and boys can compound over time.

Some studies show that play with some stereotypical girls' toys, such as princess toys, is associated with more female gender-stereotypical behavior among children.

Not engaging in play with construction toys may mean girls miss opportunities to develop spatial skills and mechanical reasoning skills necessary for careers in science, technology, engineering and mathematics: fields in which women continue to be under-represented.

Toys are only one way in which children learn gender roles and stereotypes: they also learn from who they see around them in their daily lives, from the books they read and the TV shows they watch.

Parents and caregivers have a key role in encouraging children of all genders to engage with a wide range of activities and toys.

But since the 1970s, toys have become increasingly and rigidly demarcated along binary gender lines.

Even Lego's own marketing history demonstrates this: compare the gender neutral advertisements from the early 1980s to more recent gender specific marketing with pink bricks and heart shapes.

The prevention of potentially harmful gender attitudes and stereotypes in childhood — before they become entrenched — is a key element in moves to achieve gender equity and to support health and wellbeing throughout life.

Efforts to reduce the gendered nature of toys and their marketing is one step we can take to give all children more equitable options for how they see themselves, the world, and their future.

Read more: Beyond pink and blue: the quiet rise of gender-neutral toys