Trump made his fortune slapping his name on things other people built. Apparently, not much has changed 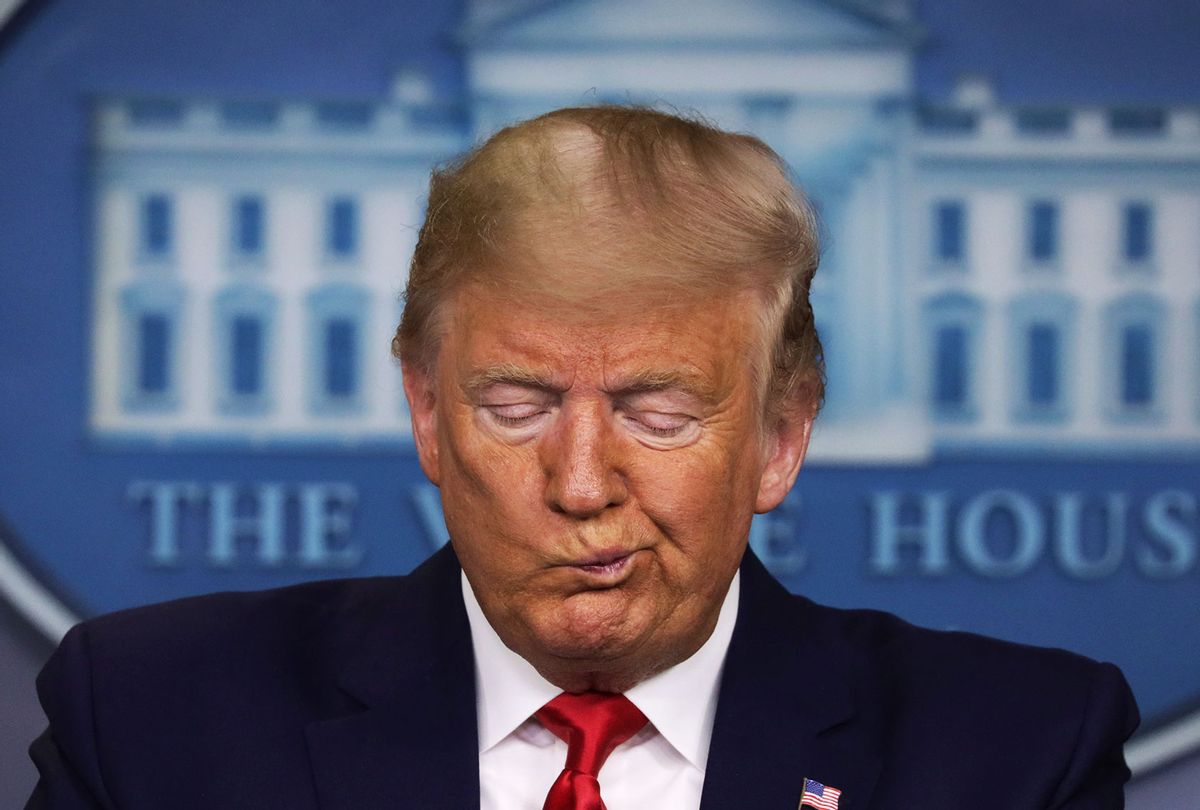 Before his stint as ruler of the free world, former President Donald Trump made a fortune slapping his name on buildings other people had built.

Now, he's being accused of doing the same thing with his social media platform.

Users who were able to access and create accounts on a beta version of Trump's "TRUTH Social" through a backdoor immediately noticed that it bore an uncanny resemblance to Mastodon, an alternative social network known for its focus on privacy and "free speech" values.

The company's founder and lead developer, Eugen Rochko, pointed out to VICE News' Motherboard that the error message on Trump's new social platform used his site's elephant mascot. In fact, one user even snapped a screenshot of the site's HTML code that explicitly mentioned Mastodon, leading many to surmise that it had lifted the company's code directly.

This isn't necessarily unusual — Mastodon is an open-source software (with an AGPLv3 license, specifically) which allows other sites to create modified versions of its technology, called "forks," provided that they abide by a specific set of rules . This is where Trump's latest venture appears to have gone wrong: TRUTH Social's terms of service claim that "all source code" is proprietary, despite the fact that Mastodon requires anyone using its code base to acknowledge where its software came from and make any copied code public.

Rochko later told political news site Talking Points Memo that he plans to lawyer up, and left the door open to suing Trump and his new media venture if they did not comply with his company's rules of service.

"I do intend to seek legal counsel on the situation," he told the outlet. "Compliance with our AGPLv3 license is very important to me, as that is the sole basis upon which I and other developers are willing to give away years of work for free," he added.

The former commander-in-chief announced the venture Wednesday in particularly Trumpian terms, writing in a statement that he hoped to create a "rival to the liberal media consortium" and "fight back against Big Tech."

It was immediately clear that Trump's ban from other, more established social media sites played a role in pushing him to create a new platform — especially Twitter. The former president at one point had more than 88 million followers on the site, regularly moving markets and influencing foreign policy through his pithy musings on current events. But he was booted from Twitter — and Facebook — in the wake of the Jan. 6 Capitol riot, and never quite regained his online following despite several failed attempts to create workarounds and even a short-lived blog.

"We live in a world where the Taliban has a huge presence on Twitter, yet your favorite American President has been silenced," Trump said in a statement announcing TRUTH Social. "Everyone asks me, why doesn't anyone stand up to Big Tech. Well, we will be soon!"