Lt. Gov. Dan Patrick coughed up his first reward for the bounty to a progressive poll watcher in Pennsylvania 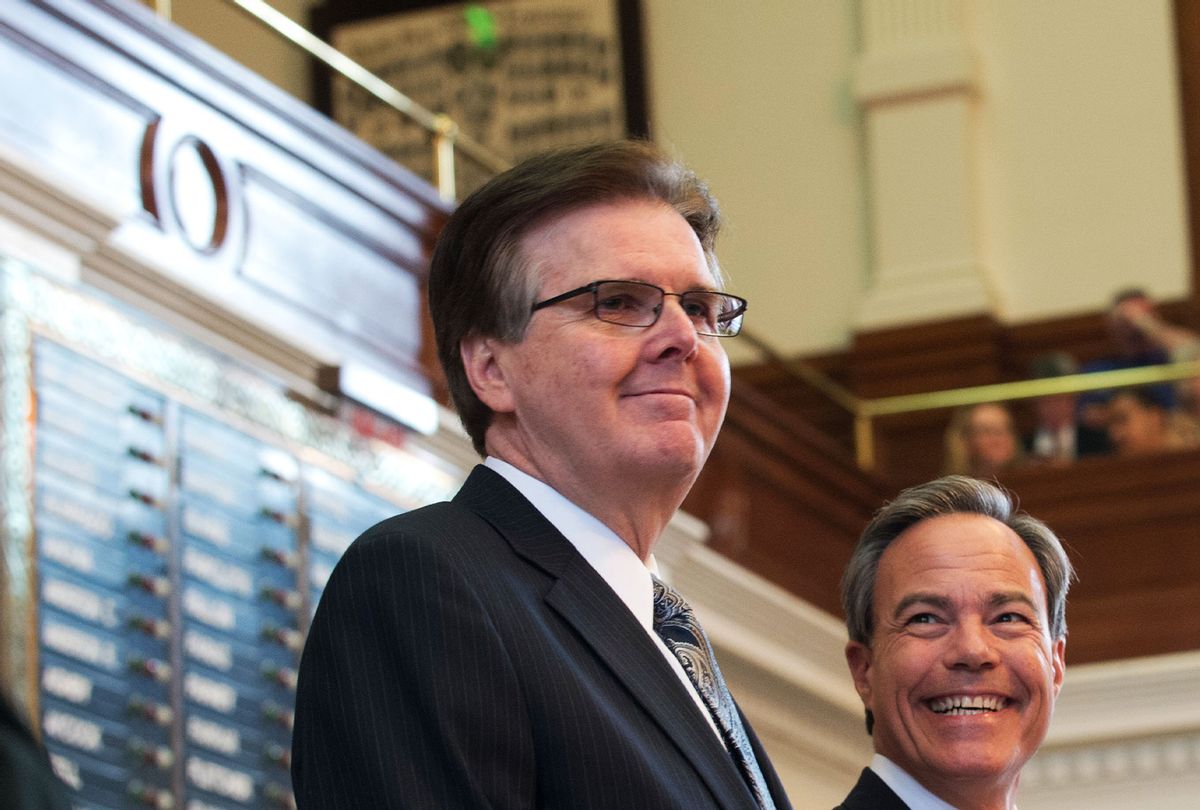 Texas Lt. Gov. Dan Patrick, a Trump backer who offered a minimum of $25,000 to anyone who could find evidence of voter fraud in the 2020 election, has finally paid out his first bounty – to a progressive who found evidence of Republican foul play.

The unlikely recipient, Eric Frank, a poll worker from Chester County, Pennsylvania, is set to collect the $25,000 minimum, according to The Dallas Morning News. Frank reportedly caught sight of 72-year-old Republican voter Ralph Thurman attempting to vote twice – once for himself and once for his son, a registered Democrat. Thurman pleaded guilty last month to repeat voting. He was sentenced to three years probation and is now prohibited from voting for the next four years, according to The Philadelphia Inquirer.

Back in November of last year, during the aftermath of Donald Trump's election loss, Patrick announced that he would be offering up to $1 million "to incentivize, encourage and reward people to come forward and report voter fraud." The Republican specifically promised that reports leading to convictions would earn at least $25,000, telling would-be informants to contact their local authorities.

RELATED: Texas Lt. Gov. Dan Patrick claims if Democrats win, it will be "because they stole it"

"I support President Trump's efforts to identify voter fraud in the presidential election and his commitment to making sure that every legal vote is counted and every illegal vote is disqualified," Patrick said at the time. "President Trump's pursuit of voter fraud is not only essential to determine the outcome of this election, it is essential to maintain our democracy and restore faith in future elections."

RELATED: Republicans are encouraging people to report voter fraud for up to a $1 million reward

But Patrick's bounty, ostensibly put in place to catch Democratic fraudsters, now appears to have backfired.

"I just think it's extremely ironic…they were trying to see voter fraud from someone that was a Democrat. And it turns out that, at least for me, for my case that I witnessed, it was a Republican voter. So, in fact I think it kind of blew up in their face a little bit," Frank told MSNBC's Rachel Maddow in an interview last week. "I never thought in a million years that I would get paid."

It isn't the first time that Republicans have been caught attempting to defraud the 2020 election, CNN noted.

Back in May, a Republican township trustee in Delaware County, Pennsylvania was sentenced to five years probation after he was caught trying to cast a ballot for Trump in his late mother's name.