How did Chemex, the coffee-making darling of the 60s, earn a recurring spot on "Friends"?

Was it aesthetics? A comment on the characters' financial standing? Let's discuss — over coffee 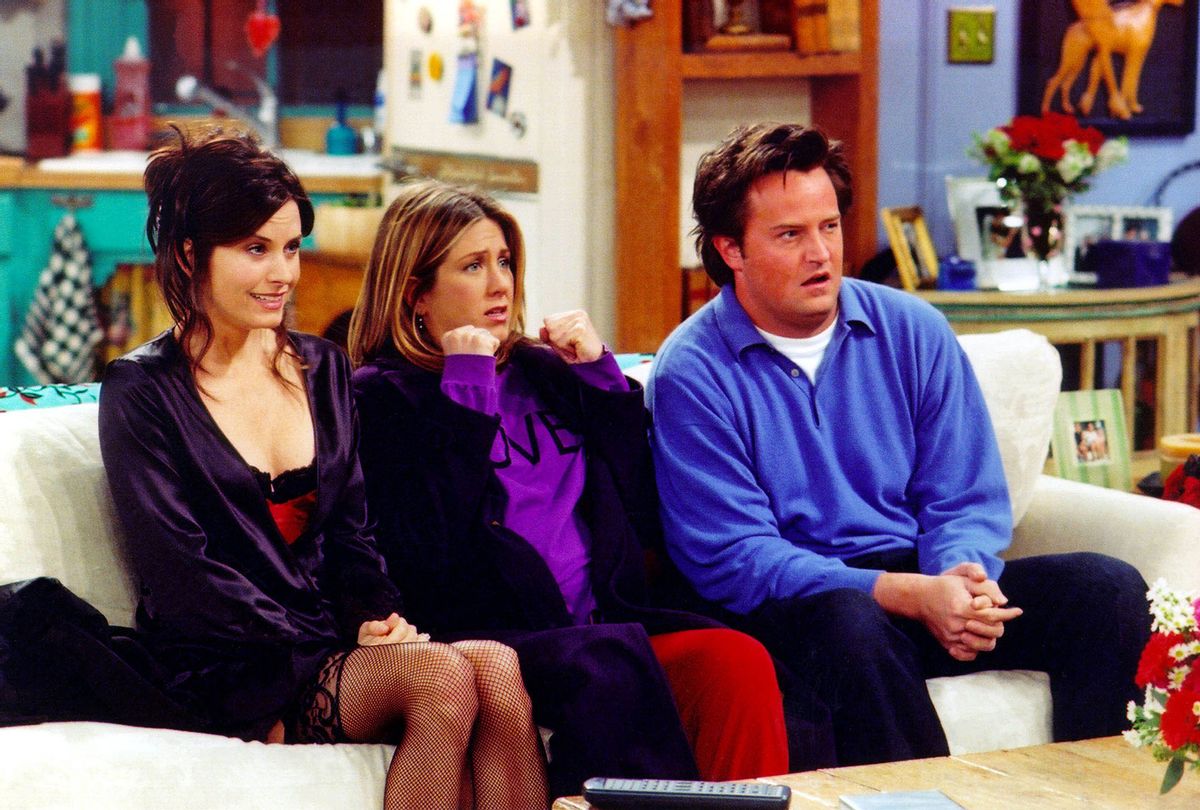 On the very first episode of "Friends," Rachel pours Joey and Chandler coffee from a coffee brewer known as a Chemex. Throughout the series' ten seasons, when the characters are in Monica and Rachel's shared apartment, you might catch the Chemex in the background or spot a character using it to pour coffee or orange juice.

"Friends" has been off the air since 2004, but it's never really left us. Streaming giant Netflix acquired the rights to stream all 236 episodes of "Friends" in 2014, and before the show migrated to HBOMax, where it's currently available to stream now, it was the second most popular non-original show in their catalog after "The Office."

Watching Rachel pour coffee from a Chemex in 2021 might not seem like a big deal. A Chemex is a pourover brewer that looks a bit like an hourglass. The brewers are striking — in 1943, the Chemex was displayed at the Museum of Modern Art as one of its best-designed products, and Chemex brewers show up in dozens of movies and television shows that were either shot in the 1950s and 60s or take place during that time. It's a brewer good enough for James Bond, making its first appearance in the novel version of "From Russia, With Love;" Don Draper's post-divorce California apartment has one on the television show "Mad Men;" and it shows up in the iconic horror movie "Rosemary's Baby."

However, besides a quick appearance on "The Mary Tyler Moore Show" in the early 70s, the Chemex sort of fell out of favor — and the public eye.

Related: How to make better coffee at home, simply and without expensive gear

"I can't think of any eighties movies or television shows that the Chemex would have been in," says Eric Grimm, a longtime barista, event coordinator, and movie buff who spent 13 years making coffee in New York City before moving to Los Angeles. "It's so weird that there was a Chemex in a show premiering in 1994. So weird."

Why does Grimm think it's weird? In 1994, coffee was still in its second wave. Coffee has often been defined by "waves," or movements where there's been a distinct cultural shift in the way we consume the drink. The first wave came in the form of ground coffee in cans during the 1950s, the second during the rise of chains like Peet's and Starbucks, and the third arrived around the turn of the century when things like roast levels and brewing techniques began to dominate the way we talked about coffee.

During the run of "Friends" — between 1994 and 2004 — coffee was just moving from its second to its third wave, and pourover setups were not as ubiquitous as they are now. "I don't think you could roll up to any coffee shop in the 1990s and get a coffee made by Chemex," Grimm says. While many of the characters do interact with the Chemex, and despite the show's secondary location being a coffee shop, none of the characters are actually spotted making coffee.

So how did the Chemex end up on the set of "Friends?" Rachel Groat is a production designer, stylist, and fabricator who has worked on projects such as "Sorry To Bother You" and "The Last Black Man in San Francisco" and she says it depends on which department put the item into the fictional universe the characters are inhabiting.

None of the characters on "Friends" interact with the Chemex beyond picking it up and pouring from it—no one comments on it, no one is even shown making coffee, and no one even acknowledges its existence, which means it was likely a set design choice rather than a props choice. But does the Chemex help build the world that the "Friends" inhabit?

The choice of the Chemex might have nothing to do with the characters or the world of "Friends" at all, but is simply an aesthetic choice.

"Maybe a set dresser was like, 'I love the shape of this,' or 'This is how I brew my coffee at home,' or 'I remember this from my childhood.'" says Groat. "It probably got placed on set and I wonder if maybe just one of the characters said, 'I need something to do in the scene. I'll just grab the Chemex off the counter and then put something in it.'"

Regardless of how it got there or what the Chemex says about the characters on "Friends," its continued presence throughout the series communicated an entire subplot for the baristas who recognized it. "In the past, I've felt like we're such a niche industry," Grimm says.

Coffee is such an important part of the "Friends" universe, and although we never see anyone make coffee (despite the fact that Rachel works at Central Perk for two full seasons), it's always there, and the appearance of the Chemex feels like a special recognition of the folks who love coffee just as much as the group of six. "The collision of mainstream and niche is right there with that Chemex on 'Friends,'" Grimm says. "Knowing that it's gotten out of our own little world is super cool."