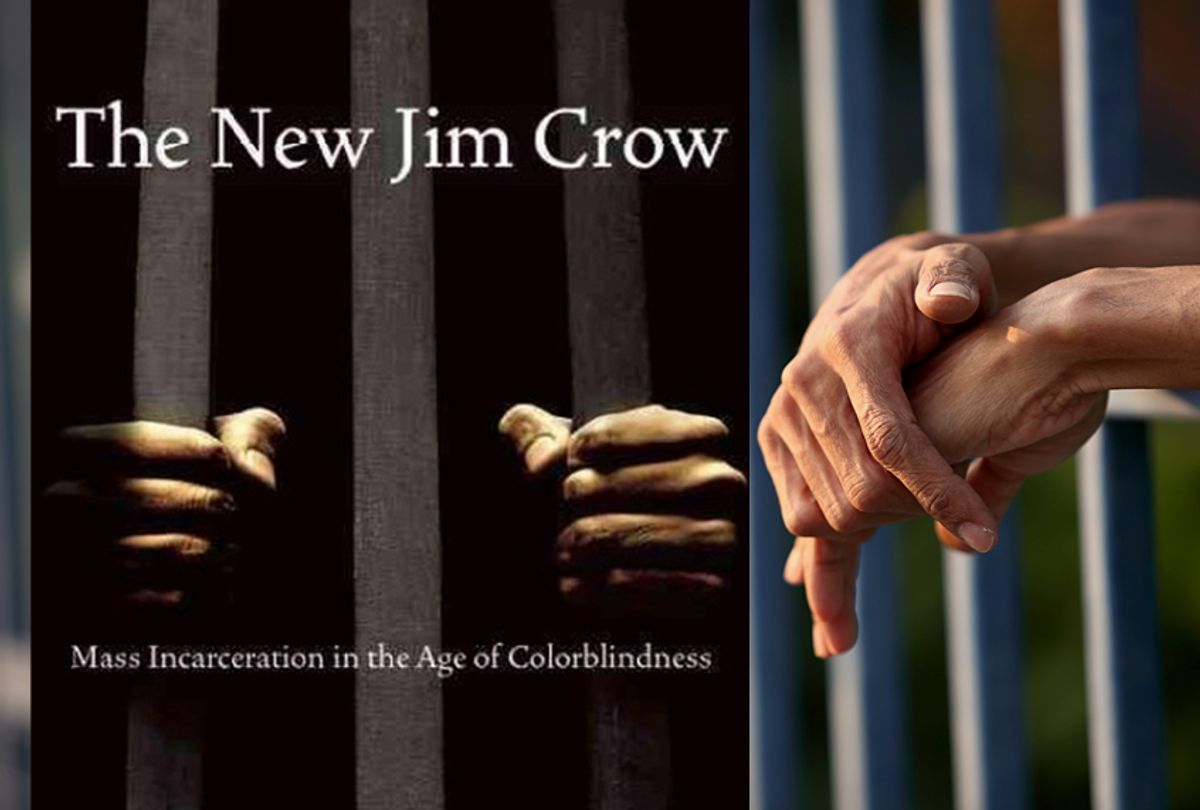 The New Jim Crow: Mass Incarceration in the Age of Colorblindness by Michelle Alexander (The New Press/Shutterstock)
--

A Republican state lawmaker has launched an investigation into Texas school districts over the type of books they have, particularly if they pertain to race or sexuality or "make students feel discomfort."

State Rep. Matt Krause, in his role as chair of the House Committee on General Investigating, notified the Texas Education Agency that he is "initiating an inquiry into Texas school district content," according to an Oct. 25 letter obtained by The Texas Tribune.

Krause's letter provides a 16-page list of about 850 book titles and asks the districts if they have these books, how many copies they have and how much money they spent on the books.

His list of titles includes bestsellers and award winners alike, from the 1967 Pulitzer Prize-winning novel "The Confessions of Nat Turner" by William Styron and "Between the World and Me" by Ta-Nehisi Coates to last year's book club favorites: "Hood Feminism: Notes from the Women that a Movement Forgot" by Mikki Kendall and Isabel Wilkerson's "Caste: The Origins of Our Discontents."

But race is not the only thing on the committee chair's list. Other listed books Krause wants school districts to account for are about teen pregnancy, abortion and homosexuality, including "LGBT Families" by Leanne K. Currie-McGhee, "The Letter Q: Queer Writers' Notes to their Younger Selves" edited by Sarah Moon, and Michael J. Basso's "The Underground Guide to Teenage Sexuality: An Essential Handbook for Today's Teens and Parents."

Krause, a Fort Worth lawmaker and founding member of the House Freedom Caucus, is running for state attorney general against Ken Paxton. Krause declined to comment and no explanation was given as to how these books were chosen.

Krause sent notice of the investigation to Lily Laux, the Texas Education Agency deputy commissioner of school programs, as well as some Texas school superintendents. His letter did not specify which school districts Krause was investigating.

Krause informs districts they must provide the committee with the number of copies they have of each book, on what part of campus those books are located and how much money schools spent on the books, as well as information on any other book that violates House Bill 3979, the so-called "critical race theory law"designed to limit how race-related subjects are taught in public schools. Critical race theory, the idea that racism is embedded in legal systems and not limited to individuals is an academic discipline taught at the university level. But it has become a common phrase used by conservatives to include anything about race taught or discussed in public secondary schools.

The law states a teacher cannot "require or make part of a course" a series of race-related concepts, including the ideas that "one race or sex is inherently superior to another race or sex" or that someone is "inherently racist, sexist, or oppressive" based on their race or sex.

School officials have until Nov. 12 to respond. It is unclear what will happen to the districts that have such books.

The letter did not give a specific reason that Krause was launching the investigation, only that "the committee may initiate inquiries concerning any 'matter the committee considers necessary for the information of the legislature or for the welfare and protection of state citizens.'"

Lake Travis Independent School District officials received the letter and are trying to figure out what the next steps are, a spokesperson said. Officials in that Austin-area school district are speaking with other school districts to figure out what this means for them. In nearby Round Rock Independent School District, the district spokesperson, Jenny Caputo, texted that it will "take significant staff time to gather the information to reply to this request." The district's legal team is still reviewing the request.

State Rep. Victoria Neave, D-Dallas, who is vice chair of the committee, said she had no idea Krause was launching the investigation but believes it's a campaign tactic. She found out about the letter after a school in her district notified her.

"His letter is reflective of the Republican Party's attempt to dilute the voice of people of color," she said.

Neave said she doesn't know what Krause is trying to do but will investigate the motive and next steps.

The TEA and the rest of the Committee on General Investigating members did not immediately respond to requests for comment.

Brandon Rottinghaus, a political science professor at the University of Houston, said it doesn't surprise him that Krause has taken initiative on a conservative item, especially since there is crowded field in the Texas attorney general race.

"He's not well known statewide, and so he needs to put down a pretty tall conservative flag to get notice," Rottinghaus said. "As a political statement, it certainly conveys the clear message that the Republicans are watching."

Rottinghaus said he doesn't recall a time in recent memory when legislatures have taken the role of investigating school districts.

"The monitoring of this definitely is a political statement and so the fact that the legislature is attentive to it definitely implies that they're not going to drop the issue," he said.

Jim Walsh, an attorney who often represents school districts, pointed out there is nothing in the law that says books must be removed and Krause's investigation also doesn't call for books to be removed. For now, it's up to school districts to decide how they will respond, but what's certain is that it will add more workload to Texas schools that are already struggling from the effects of the pandemic.

Texas State Teachers Association President Ovidia Molina said in a statement that the investigation is a "witch hunt" and that nothing in state law gives lawmakers the right to go after educators.

"This is an obvious attack on diversity and an attempt to score political points at the expense of our children's education," she said.

Krause's investigation comes after several school districts across the state removed books from libraries because of parental outcry.

Earlier this month, the Carroll Independent School District board in Southlake reprimanded a fourth grade teacher who had an anti-racist book in her classroom after a parent complained about it last year.

Then, in a separate incident this month, a Carroll ISD administrator asked teachers to provide materials that presented an "opposing" perspective of the Holocaust in an effort to comply with HB 3979. The law, which comes with little to no guidance, has caused confusion and fear among teachers and administrators, who have seemingly misinterpreted the law.

In the Katy Independent School District, a school removed a book after parents claimed it promoted "critical race theory," which the district later found to be untrue and reinstated the book.

Disclosure: Texas State Teachers Association and University of Houston have been financial supporters of The Texas Tribune, a nonprofit, nonpartisan news organization that is funded in part by donations from members, foundations and corporate sponsors. Financial supporters play no role in the Tribune's journalism. Find a complete list of them here.