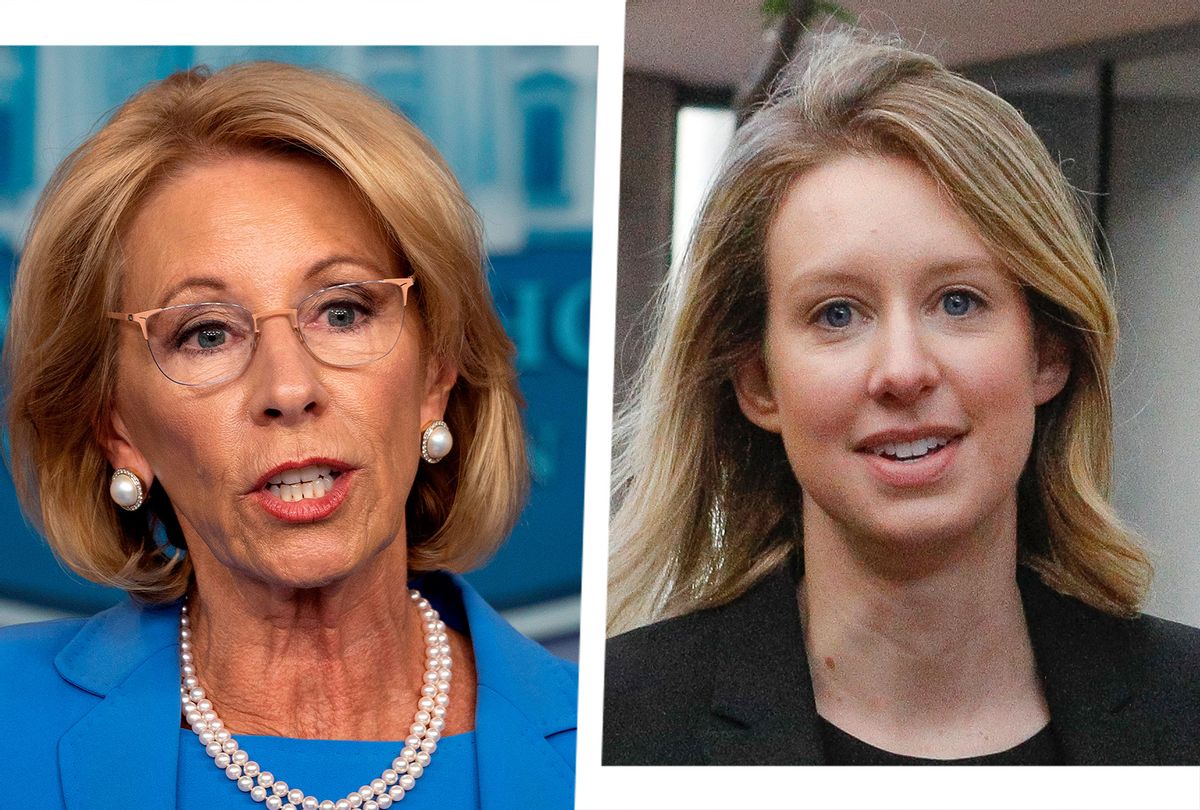 The billionaire family investment firm of Trump's education secretary, Betsy DeVos, was misled by former Theranos executive Elizabeth Holmes when it made a more than $100 million investment in the failed startup, a representative for the family said during testimony in Holmes' fraud trial on Tuesday, reports said.

Holmes, the charismatic founder of Silicon Valley's onetime biotech darling, is currently on trial in San Jose, California, for wire fraud. Lisa Peterson, the DeVos family's private equity investment manager, said during her testimony that the family even doubled its investment, from $50 million to nearly $100 million, after Holmes dazzled them during a pitch meeting.

Peterson also said that Holmes was "handpicking" super-wealthy families to invest in the company, despite the fact that she knew the blood testing equipment that Theranos manufactured didn't work, according to the Washington Post. When prosecutors asked if Peterson believed that Holmes singled out the DeVos family, Peterson answered, "very much so."

Last week in court, one former project manager for Theranos testified that international media mogul Rupert Murdoch had also been targeted by Holmes. He, in turn, invested $125 million into Theranos.

In 2014 the DeVos family toured the company's facility in Palo Alto, an event that culminated with DeVos' sister getting "tested" by one of the company's machines. Peterson testified that she did receive results from that test, but whether or not it was actually completed with a Theranos machine is unclear.

Peterson also acknowledged that the DeVos family investment firm never hired regulatory experts, counsel, or medical experts in the due diligence process, explaining that "we didn't think we needed it."

This is the eighth week of trial proceedings for Holmes — with the case expected to last at least three to four months. Her former business and romantic partner, Ramesh "Sunny" Balwani, is also slated for a trial in 2022.