VIDEO: Former Trump lawyer says his coup plan would have worked if it wasn't for Mike Pence

No regrets: John Eastman is caught on camera bragging about his plan to overturn the 2020 election 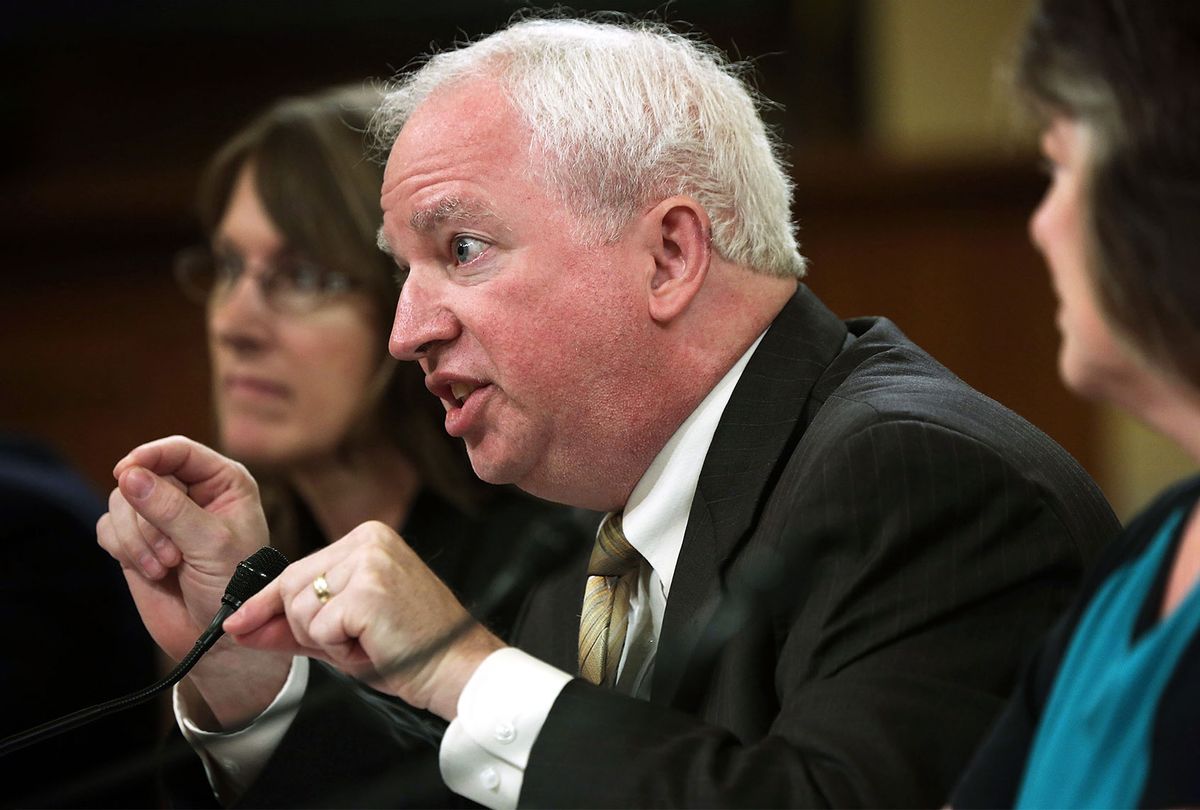 John Eastman, the former Trump lawyer who authored the infamous "coup memo" on how to overturn the 2020 election, was caught on camera saying his coup plan would have worked if it wasn't for former Vice President Mike Pence.

Lauren Windsor, a progressive activist who is known for posing incognito to draw out revealing statements from Republicans and conservatives, spoke to Eastman at an event hosted by The Claremont Institute, Eastman's employer.

Pretending to be an outspoken Trump supporter, Windsor tells Eastman, "I read your memo and I thought it was solid in all of its legal arguments. And I was floored that Mike Pence didn't do anything. Why didn't he act on it? You gave him the legal reasoning to do that."

"I know, I know," replied Eastman.

Last week, Eastman told "The National Review" that the memo "doesn't reflect his own views." The memo said that the Vice President had the ultimate power to reject or accept Electoral College votes. The plan was for Pence to reject Biden's electors and leave neither candidate with the required 270 electoral votes. The Republican-controlled House of Representatives would then vote for President Trump to keep him in office, effectively overturning the election.

Eastman said to "The National Review" that the plan was not "viable" and "crazy" to pursue. In a statement, The Claremont Institute said that the memo was "maliciously misrepresented and distorted by major media outlets," and that Eastman "did not ask the Vice president . . . to 'overturn' the election."

But when Windsor told Eastman, "All your legal reasoning is totally solid,"  Eastman replied, "Yeah, there's no question."

Windsor also asked Eastman why Pence didn't go through with the plan and Eastman responded, "Well, cause Mike Pence is an establishment guy at the end of the day," suggesting the memo was legally sound.

Referring to Eastman's interview with "The National Review", MSNBC's Rachel Maddow said while laughing, "I was wrong to see that as some kind of good sign that at least the insurrection guys felt bad and knew it was wrong."