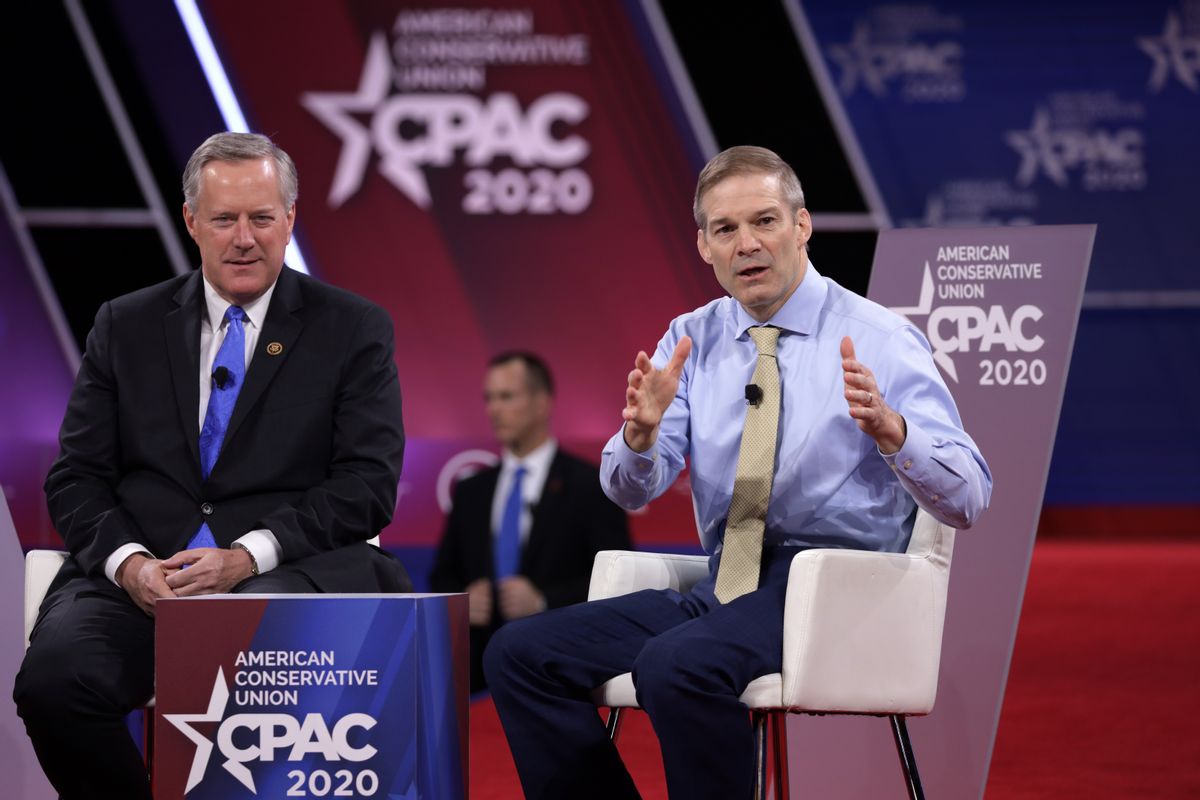 What MAGA Republicans say during their Fox News appearances and what they're actually thinking can be two different things. Lauren Windsor, a liberal activist and executive director of American Family Voices, has been doing a type of undercover work by acting like a MAGA Republican and getting prominent Republicans to tell her what they're really thinking — and according to New York Times reporter Trip Gabriel, she can be quite convincing.

Gabriel, in an article published on October 7, explains, "Posing as a true believer — in (President Donald) Trump or a stolen 2020 election — Ms. Windsor approaches Republican leaders at party gatherings and tries to coax them into revealing things that they might wish to keep in the GOP family."

Windsorm has been able to convince MAGA Republicans that she is one of them and has, according to Gabriel, "turned a hidden camera, a Tennessee drawl and a knack for disarming her targets with words of sympathetic conservatism into a loaded political weapon."

"Rep. Jim Jordan of Ohio confided in her that Donald J. Trump would soon announce he was running again for president in 2024," Gabriel reports. "Glenn Youngkin, the Republican nominee for governor of Virginia, revealed to her that he could not publicly press his anti-abortion agenda for fear of losing independent voters…. Her encounter in December 2020 with Tommy Tuberville, then a senator-elect from Alabama, elicited the first real evidence that some Republicans in the Senate would reject the Electoral College votes certifying Mr. Biden's victory — a move based on groundless claims of fraud."

Windsor, according to Gabriel, hasn't been shy about saying outrageous things she doesn't actually believe in the hope that Republicans will agree with them. For example, she once told far-right Republican Cecil Bell, Jr. — who serves in the Texas House of Representatives — "This is a Christian state, and Democrats are not Christian." Bell wasn't the least bit offended:

Gabriel notes that Windsor describes herself as an "advocacy journalist," adding that "her methods fall beyond the pale of mainstream journalism, where reporters generally shy away from assuming false identities and secretly recording conversations." And Windsor, according to Gabriel, "says her stings are justified by Republicans' efforts to spread disinformation about the election and to weaken the nation's democratic underpinnings through restrictive new voting laws and measures taking greater control over how elections are run."

Windsor told the Times, "Extraordinary times call for extraordinary measures…. Acting like you're one of them — you're going to elicit different answers than if you have a reporter in somebody's face and they know you're a journalist."