This tea-time classic put 12 home bakers in a tizzy 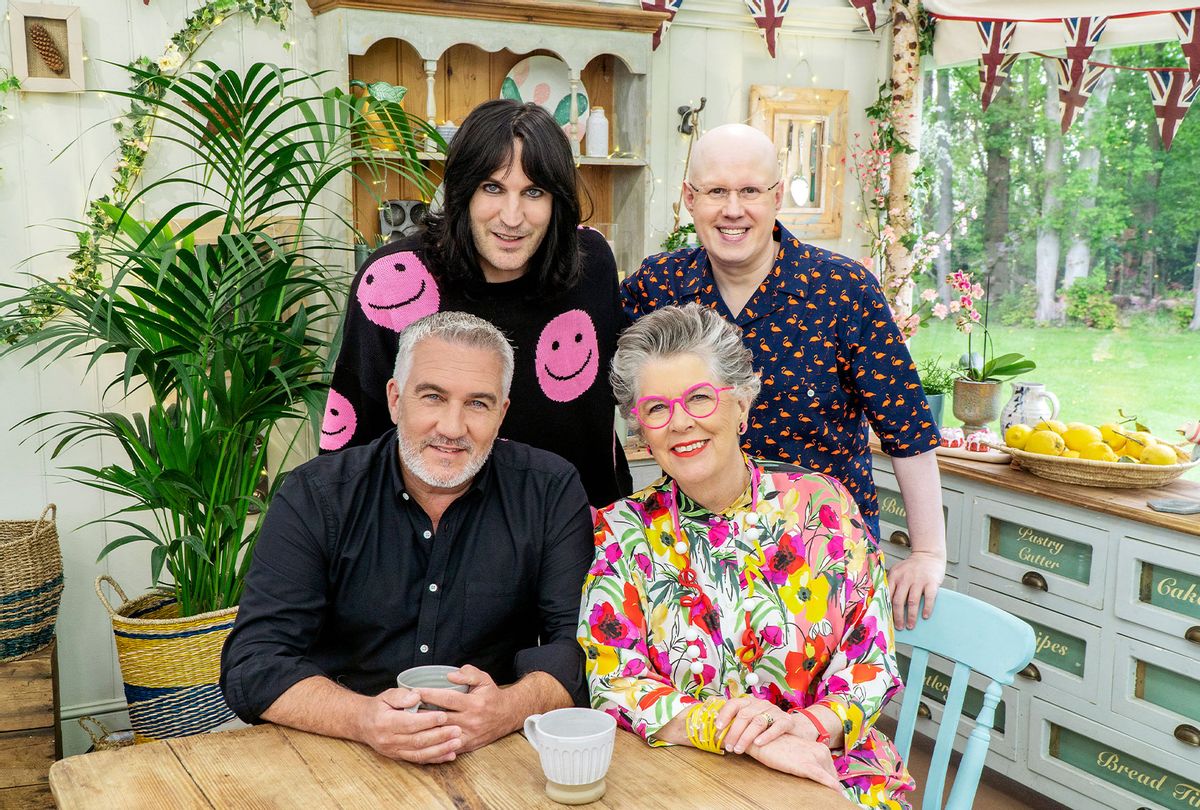 On Sept. 24, "The Great British Bake Off" celebrated the start of its 12th season on Netflix the only way bakers know how to do — with cake! Twelve home bakers participated in the first week of competition with mini rolls, malt loaves, and gravity-defying cakes. Wait . . . what's a malt loaf? If you're asking that question, you're not alone. Nearly every contestant on GBBO asked the same question. Ahead, we're explaining what this British tea-time treat is and which bakers rose — and which sank — during the first episode of Season 12.

What is a malt loaf?

Think of a malt loaf as a richer, denser fruit cake. Prue Leith, a judge on "The Great British Bake Off," makes her malt loaf with freshly brewed black tea, raisins, pitted prunes, malt extract, black treacle, and dark muscovado sugar (in addition to other pantry staples like flour, baking soda, baking powder, eggs, and butter). "This is a really old-fashioned recipe and those of you who are under 35 may never have heard of it. But don't panic, just read the recipe," said Leith to the contestants. A wise lesson to all home bakers who enter unfamiliar territory in the kitchen.

While it's likely that you won't encounter malt loaf state-side, across the pond, it's been an essential part of tea time in the U.K. since John Montgomerie patented the recipe for "Malted Bread" in Scotland in 1889. The recipe has evolved from a loaf of bread to something closer to a fruit cake and is prepared with dried fruit and served with a pat of whipped butter on the side.

In the technical challenge during the competition, bakers were all given the same ingredients and a paired-down recipe to make their own. During this round of competition, home bakers were not given the chance to put their own twist on the tea-time classic, but rather had to follow the same recipe exactly in order for the judges to blindly determine who best executed it. "It should be rich and moist, like Old Hollywood," said Noel Fielding, beloved GBBO co-presenter. In addition to the malt loaf, bakers were also tasked with whipping up homemade butter to serve alongside it.

Although Leith said that the loaf is pretty simple, there are a number of things that could go wrong during the process. After all, this is a competition, so what fun would it be to watch if all went smoothly? The British-South African restaurateur and chef said that it's easy to undermix the batter, leaving lumps of flour scattered throughout. Underbaking the loaf may cause it to sink, while overbaking causes the loaf to become tough, chewy, and dry. The sign of a good malt loaf is fruit that is evenly distributed throughout each slice, a firm texture as you slice it, and a dark brown color.

Among the contestants, there were plenty of over-35 bakers who had never heard of or tasted a malt loaf before, let alone tried their hand at baking one.

"I don't know that I've ever seen malt extract before," commented contestant Freya. Chigs had never baked with black treacle, a product that's quite similar to molasses. Contestant Maggie hoped that by cutting the prunes to match the petite size of the raisins, they would be less likely to sink during the baking process. "This doesn't look very promising, does it?" questioned Giuseppe as he mixed his batter.

"It's dark, so how would you know if it's over-baked?" asked a concerned Amanda.

Maggie thought it looked "scrumptious" and "really quite pretty" as she pulled her loaf out of the oven, but others were less convinced that theirs were fully cooked or totally presentable.

Leith and co-judge Paul Hollywood were impressed with how Freya's malt loaf looked both on the outside and inside. The fruit was evenly distributed and Hollywood complimented the crystallization. "It's got that characteristic chew," said Hollywood. The judges liked the generous amount of candied peel on Maggie's malt loaf and loved the flavor and color of her loaf. "That's excellent. It's got lots of fruit, a malty taste, and lots of tension," says Leith upon tasting.

Other loaves lost points for being too small, tasting too-bread-like, or not having even distribution of fruit to bread. The biggest critique all-around was that many loaves were underbaked, resulting in a too-pale color and slightly doughy texture.