Why sugar may be the scariest part of Halloween 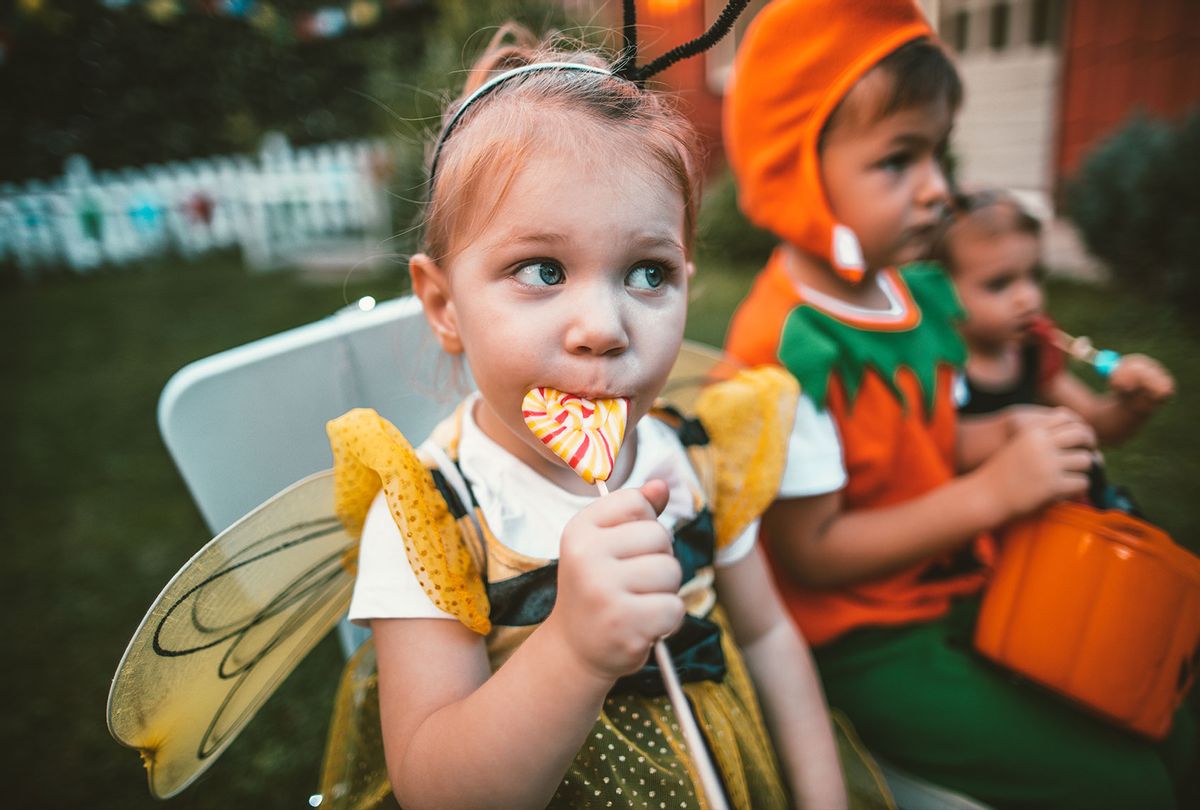 Appropriately for a Halloween tradition, urban legend holds that children who go trick-or-treating do so at their peril.

There are a number of debunked or exaggerated tales: Sadistic neighbors embedding razor blades or sewing needles in apples, or tainting their candy with poison. Social scientists have traced these stories back to the 1950s and explained them as reactions to the increasingly dangerous world facing our children. Simply put, the chances are astronomically low that you or your children will be intentionally harmed by trick-or-treating.

But what if the dangerous part of trick-or-treating isn't maliciously modified candy, but simply the candy itself? If scientists are correct that sugar is addictive, is trick-or-treating getting our kids hooked on substances that will ultimately destroy their bodies?

Sugar addiction "is absolutely real" says Dr. Nicole Avena, author of "Why Diets Fail: Because You're Addicted to Sugar," assistant professor of neuroscience at Mount Sinai School of Medicine and visiting professor of health psychology at Princeton University.

"There have been many studies that have confirmed that sugar can cause changes in the brain and behaviors that are associated with addiction," Avena told Salon by email. "Some people who overeat sugar meet the diagnostic criteria for substance-abuse disorder, when the substance of abuse is actually sugar."

Avena explained that, like other addictive substances, sugar alters the brain's reward system in ways that can make a person feel compelled to consume sugary products. A person so altered starts to crave sugar if they go too long without eating it. In its absence, they might even experience withdrawal and other addiction symptoms.

"It is clear that people experience all the core indicators of addiction in their relationship with high-sugar foods, such as a loss of control over consumption, an inability to cut down even when facing stark health consequences, intense cravings, and withdrawal," Dr. Ashley Gearhardt, associate professor of psychology at the University of Michigan, wrote to Salon. "We find sugar powerfully rewarding right out of the womb. It activates reward centers of the brain and it is so powerful that we even use it medically to replace opioids for small surgeries in babies."

Gearhardt added that our brains embrace sugar because we are wired to associate the carbohydrate with calories, and in turn with being less likely to starve. Not starving is undeniably quite sweet, but when you feel that desire to consume excessive sugar, your brain is taking it too far.

"Now we get unnaturally high doses of sugar (often combined with other refined carbohydrates, fats, and salts) in such streamlined junk food packages that our brain just does not quite know what to do with it,"  Gearhardt pointed out. "For some people, this can trigger compulsive patterns of intake that parallel what we see with addictive substances, like tobacco."

This is not the only way that sugar addiction is similar to other addictions. Just ask anyone who has had to calm down a hyperactive child jazzing on candy: Sugar highs are a very real thing.

"Sugar is effective at releasing dopamine and endogenous opioids in the brain," Gearhardt explained. "Those neurochemicals are associated both with excitement and a feeling of bliss. The more you develop an addictive relationship with sugar, the more cues themselves also become capable of triggering that same 'high' feeling. When you see your favorite sweet treat and anticipate eating it, you may start to feel more pleasure than when you actually consume."

Unfortunately, when you aren't eating those sugars, your brain notices that those chemicals aren't being produced in the same way. It notices, and you suffer as a result.

"Chronically overconsuming refined sugar can lead to dependence on the endogenous opioids that are released upon its consumption," Dr. James DiNicolantonio, the Associate Editor of British Medical Journal's (BMJ) Open Heart and a cardiovascular research scientist and doctor of pharmacy at Saint Luke's Mid America Heart Institute in Kansas City, told Salon by email. "Additionally, the very large spikes in dopamine that occur when overconsuming refined sugar leads to dopamine deficiency in the brain which can create 'withdrawal' type symptoms."

Moving on to "physiological dependence," DiNicolantonio added that it is dangerous "as this leads to a vicious cycle of sugar highs and lows. The overconsumption of refined sugar is a major contributor to Type 2 diabetes, Fatty Liver Disease, Obesity, and Cardiovascular Disease."

Avena made a similar point, listing sugar-related health conditions including metabolic syndrome and cancers. She also noted the mental health toll of struggling to lose weight and having it stubbornly stick to your body.

"Psychologically, many people struggle with the loss of control that can come with eating too much sugar," Avena said. "Sometimes this can lead to excess body weight that people want to lose, but can't, because of the addictive nature of sugar."

"I would say each person has to make the decision for themselves based on their own relationship with these foods," Gearhardt told Salon. "One day a year is certainly not going to trigger an addiction or a major health problem. But, if these foods get 'under your skin' and you find that one day a year of snacking on Halloween goodies starts to turn into a week, a month, a year and you struggle to get your control back, you might want to proceed with a bit more caution."

DiNicolantonio echoed Gearhardt's insight, although he took it a little further.

"Overeating candy for just one night wouldn't be an issue," DiNicolantonio wrote to Salon. "However, it's those occasional treats that end up leading to chronic overconsumption. In other words, for most people it's best to not consume refined sugar at all. That way you don't miss it."

Avena also urged restraint during trick-or-treating, noting that it says something about our culture that we associate with having fun with doing something dangerous to our bodies.

"I love Halloween and think it is a fun holiday, but I don't love that we have twinned having fun and celebrating with gorging on candy," Avena suggested. "I think having 1 or 2 pieces of candy is fine, but don't use Halloween as an excuse to overdo it. You will regret it in the morning, and there are much healthier ways to have a good time."