Larry Summers slams Democrats for failing to tax the wealthy

Despite a reputation for being an economic moderate, Summers has criticized Biden's bill for its pro-rich policies 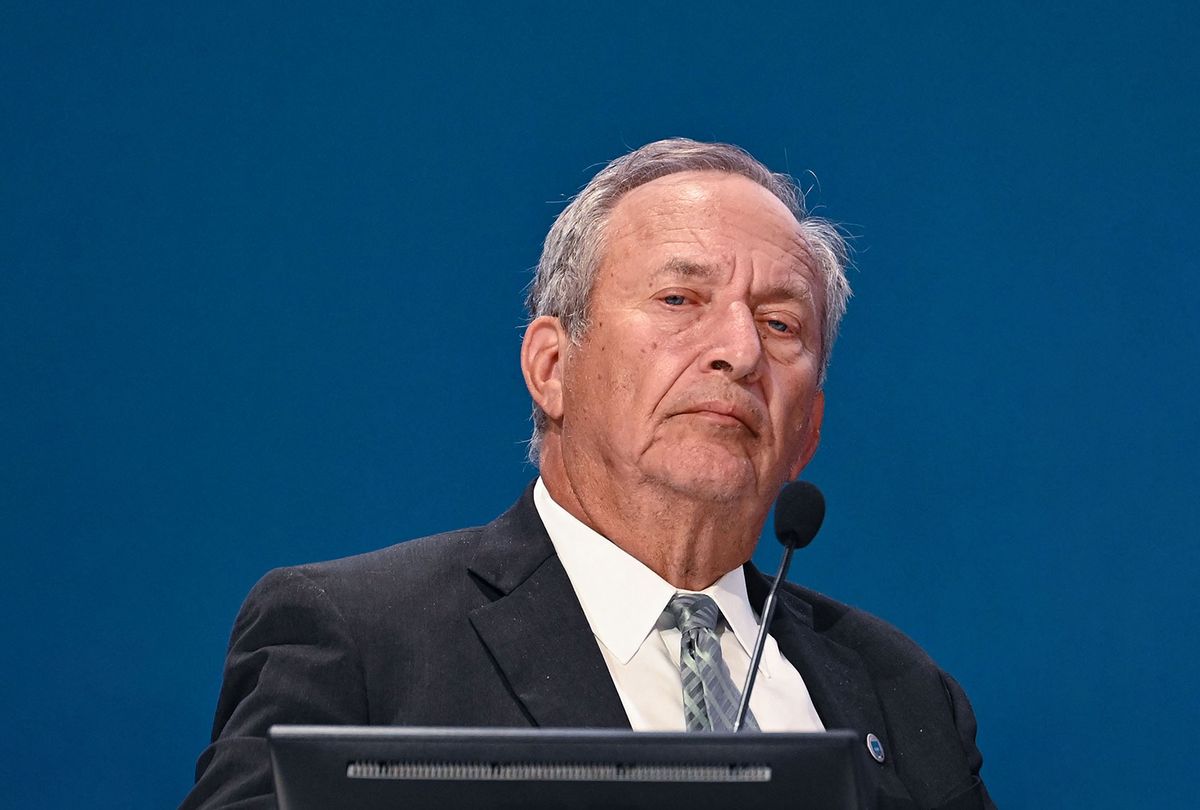 When Lawrence Summers tweeted on Sunday that he is "certainly no left wing ideologue," it wasn't a Halloween joke.

Summers is a famous academic who served as Chief Economist of the World Bank and President of Harvard University. He was influential in crafting the economic policies for two center-left Democratic presidents — Bill Clinton (serving in various Treasury Department roles) and Barack Obama (serving as Director of the National Economic Council). Summers' resume is what makes his recent remarks so noteworthy.

"I think something wrong when taxpayers like me, well into the top .1 percent of income distribution, are getting a significant tax cut in a Democrats only tax bill as now looks likely to happen," Summers explained on Twitter. He went on to criticize President Joe Biden's current legislative package for "no rate increases below $10 million, no capital gains increases, no estate tax increases, no major reform of loopholes like carried interest and real estate exchanges but restoration of the state and local deduction explain it."

He added, "We don't need radical new ideas, just determination to implement old good ones." Summers then included a link to a paper he co-authored last year with University of Pennsylvania professor of law Natasha Sarin and research assistant Joe Kupferberg. It calls for stronger measures to make it harder for people to legally avoid taxes and to crack down on illegal tax evasion, which could generate hundreds of millions of dollars in tax revenue.

Biden's bill is currently being criticized by progressives because — in order to win support from moderate senators like Joe Manchin and Kyrsten Sinema, as well as many moderate House Democrats — the president has agreed to remove a number of tax increases that would have compelled the wealthy to pay a fairer share. They protected President Donald Trump's 2017 tax cuts, kept in a loophole that helps wealthy heirs avoid taxes on their inheritances and jettisoned a proposed tax increase on income accrued from wealth that would have taxed it like ordinary income. They also refused to raise taxes on corporations or eliminate a tax break that mainly helps private equity firm managers and hedge fund managers.

This is not the first time that Summer has openly disagreed with Biden and the Democratic Party, even though he continues to characterize himself as a supporter. What makes this public dissent notable, though, is that Summers is approaching his criticism from the left this time rather than from the right.

When it was revealed last year that Summers was advising Biden's campaign, progressive groups protested until he promised that he would not work for a future Biden administration. In June, The New York Times reported that Summers' political clout remains so significant that the Biden administration felt compelled to address Summers' claim that the president's March stimulus bill would overheat the economy and cause a spike in inflation. At the time Summers described it as "the least responsible macroeconomic policy we've had in the last 40 years," blaming both the Democratic Party's left wing and the entire Republican Party.

The concern about rising inflation coming from excess spending would seem to put Summers more in the Manchin/Sinema wing of the Democratic Party than the more progressive one. This makes his recent policy statement all the more striking, as it potentially signifies that moderates as well as progressives are unhappy with some of the changes to the original proposed legislation.

Summers has also attracted headlines for reasons unrelated to economic policy — and not always in flattering ways. He stepped down as President of Harvard University in 2006 partially because of comments he made about women in STEM fields that were criticized as sexist. He has been broadly critical of political correctness, referring to it as a "creeping totalitarianism."