After warning of a mass exodus due to the vaccine mandate, only 34 NYC cops placed on unpaid leave 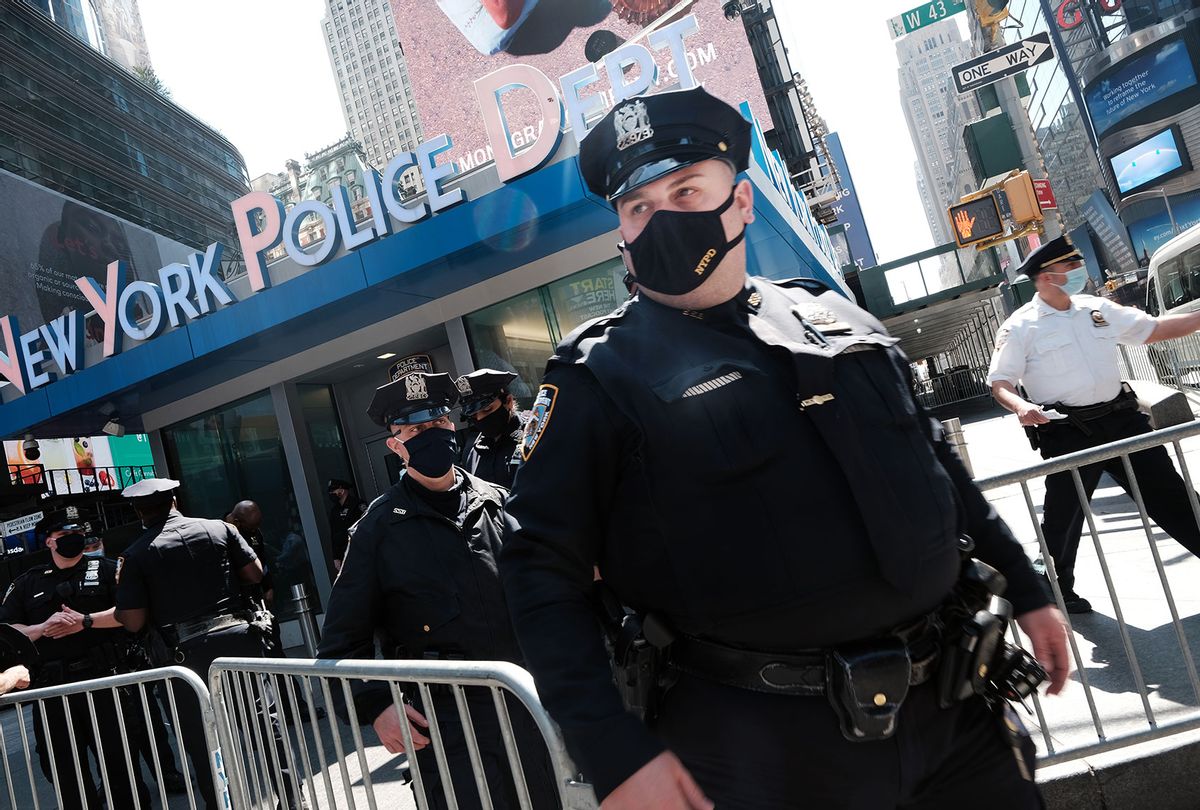 Just 34 uniformed NYPD officers were put on unpaid leave on Monday amid New York City's new vaccination mandate for municipal workers – a far cry from the mass exodus foretold by a number of NYPD unions during the lead-up to the policy.

Police Commissioner Dermot Shea said that most of the department's unvaccinated officers have applied for "reasonable accommodations" (i.e., religious or medical exemptions) to the mandate. Roughly 1 in every 6 police personnel remain unvaccinated.

"With that remaining 15% it's very important to remember that there is a process where people can request reasonable accommodations for religious or medical reasons," Shea said during a Monday press conference. "And that's the vast majority of that 15%."

Last month, de Blasio announced that New York City would begin enforcing a vaccination requirement for all public employees as of November 1. Since then, the move has been fiercely resisted by various New York police unions, with particular pushback from the Police Benevolent Association (PBA), the largest union representing NYPD officers.

RELATED: Police unions vs. vaccine mandates: The workers drawing a line in the COVID battle

Back in August, as New York City was still weighing a mandate, PBA president Patrick Lynch told members that the union would mount a legal offensive in the case of a vaccine mandate, saying that officers would resign in droves over the requirement.

The PBA last week followed through on their vow to sue the city, writing in its suit that "the city has provided no explanation, much less a rational one, for the need to violate the autonomy and privacy of NYPD police officers in such a severe manner, on the threat of termination."

However, NYPD officers appear to have largely kowtowed to the city's mandate. "Members of the police department responded to this [vaccine mandate], they came to work as they always do, and there is literally no effect on service at this point," Shea said on Monday.

According to CNN, the one-shot vaccination rate within the NYPD has climbed from 70% to 84% since October 20, when the mandate was first announced. Within the New York Fire Department (FDNY), vaccination over this same period has lept from 58% to 77%. The Department of Sanitation's has likewise risen from 62% to 83%. When it comes to all New York City municipal workers, 91% have received at least one dose of the jab.

Still, the city is ostensibly seeing resistance from the FDNY, 2,300 of whose firefighters called out sick on Monday, according to Commissioner Daniel A. Nigro. On any given day, CNN reported, this number normally hovers between 800 to 1000.

"Since the mandate was issued, our medical leave spiked up and we know that," Nigro said. "The majority of them are unvaccinated. This is completely unacceptable."

FDNY-Fire Officers Association President Jim McCarthy said on Monday that "all we are asking for is extra time" to let members get the jab, file for an exemption, or resign.

CORRECTION: An earlier version of this story contained an error in the headline about the nature of the police officers' leave. The headline has been updated.