Need poultry seasoning but can’t find it in the cabinet? Here are the best ways to swap it out in a pinch 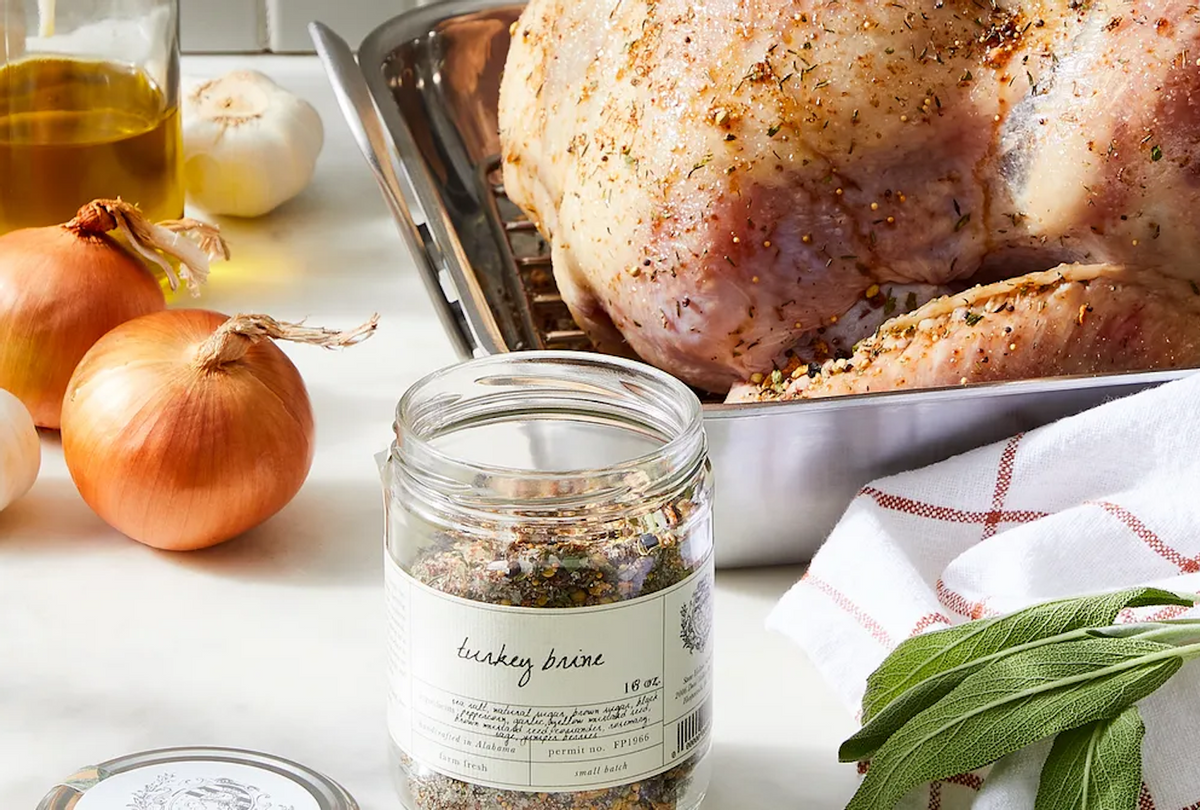 It's almost turkey time, which means we're looking at creative alternatives to the traditional Thanksgiving menu, starting with homemade poultry seasoning. Poultry seasoning is commonly used for roasting chicken or turkey, but you can find it called for in stuffing recipes and some soups as well. If you're like me, your early encounters with poultry seasoning were pretty limited to McCormick. I assumed that all poultry seasoning tasted the same as the one I remember from my mother's spice rack. While the taste profile of most poultry seasoning is savory, there's so much variation, depending on the particular combination of herbs and spices. If you can't find poultry seasoning and need some, or even if you just want to customize your own blend, here is the best way to proceed.

If you're going by the McCormick blend, the ingredients in poultry seasoning are some combination of sage, marjoram, rosemary, black pepper, and nutmeg. Poultry seasoning based on parsley, sage, rosemary, and thyme is the most common variation (we're pretty sure the Simon and Garfunkel rendition of "Scarborough Fair" is based entirely on a chicken). This is true especially for stuffing, but another big hitter that works really well for roasting is marjoram. We like marjoram because it has a similar flavor to oregano and even mint, but with a subtly different nuance of flavor.

Most of the herbs mentioned can be found dried and bottled, which you're probably more likely to have at the ready. But if you want the flavors to pop, and you have them around, try fresh herbs and spices. For dry ingredients, it helps to have a grinder or a mortar and pestle. A mortar and pestle will work better for fresh ingredients, and a grinder is great for dried herbs.

If you're going the more traditional "Scarborough Fair" route, your poultry seasoning is going to need to be at least two-thirds sage. Some additional herbs and spices to consider are celery seed, basil, ground pepper, nutmeg, garlic powder, or onion powder.

If you're short on time and the idea of making a trip to the grocery store makes you want to tear your hair out, there's more than one ready-made substitute for poultry seasoning.

Before the 1960s, when Julia Child introduced a recipe for Poulet Sauté aux Herbes de Provence in her famed cookbook "Mastering the Art of French Cooking," most Americans wouldn't have known about herbes de Provence, the summery blend of herbs the French love to use in fish and poultry recipes.

Now, herbes de Provence is a common spice rack staple in the U.S. as well, and it works beautifully in any poultry dish. The ingredients are essentially the same as traditional poultry seasoning, but with oregano and sometimes North African spices as well. Keep in mind that this seasoning does not include sage, so you might want to add it in if you can. You'll also often find lavender in herbes de Provence. It's a common perennial in the French region that lends any poultry recipe a more refined, aromatic profile.

Turkey rub totally works as a traditional poultry seasoning substitute, too. This blend works best on darker, gamier meat like turkey, duck, and goose. The spicier flavors of ginger, coriander, and red pepper are just the thing for the holiday season, where you want something with a little kick to warm you up, along with a complimentary red wine.

Poultry seasoning is typically salt-free, so don't feel obligated to add it, even if you're a sodium fanatic. Just enjoy the woodsy, fragrant profile of whatever blend you choose. There are plenty of options for creating a smashing poultry seasoning that doesn't ask for much except a couple spice staples and some ingenuity.