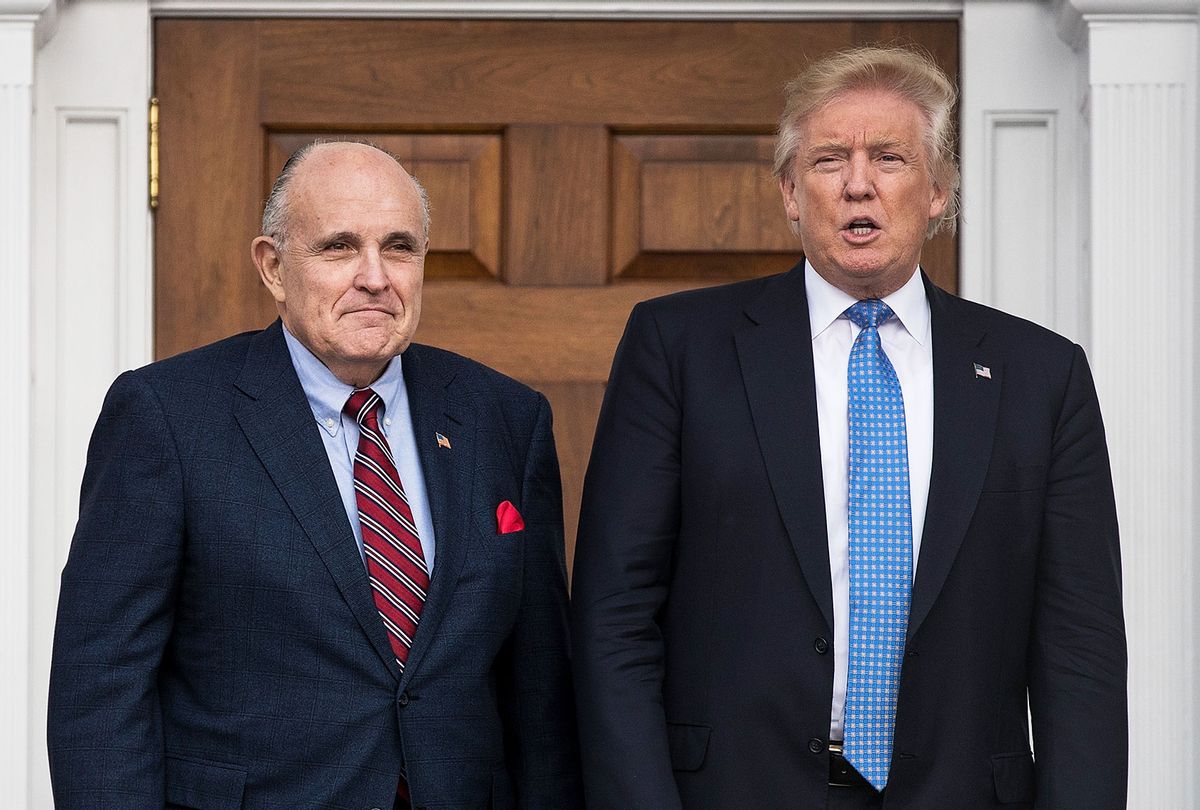 The supervisor of a warehouse where voting machines are stored in Philadelphia has filed a lawsuit against former President Donald Trump, his personal attorney Rudy Guiliani, Jenna Ellis, local Republican officials and other political advisors in his county.

According to Politico, an attorney has filed a lawsuit on behalf of James Savage, who works as a voting machine warehouse custodian in Delaware County, Penn.

As the voting warehouse supervisor, Savage reportedly "managed the storage, security, programming, testing, and delivery of all voting equipment in Delaware County."

Savage's "position did not vest the Plaintiff with any ability to conduct vote tabulation whatsoever," according to his attorney.

However, the 60-page lawsuit attributes Savage's failing health to the outrage he faced after the presidential election. Savage noted that he "suffered two heart attacks and has regularly received threats."

"Simply put, Mr. Savage's physical safety, and his reputation, were acceptable collateral damage for the wicked intentions of the Defendants herein, executed during their lubricious attempt to question the legitimacy of President Joseph Biden's win in Pennsylvania," said Savage's attorney, J. Conor Corcoran.

Although Savage's attorney acknowledges Trump did not personally name his client in connection with possible election misconduct, the lawsuit explains:

It adds, "It was obvious there was only one person who was being accused of election fraud by all of the Defendants herein."