Climate change is muting fall colors, but it's just the latest way humans have altered US forests 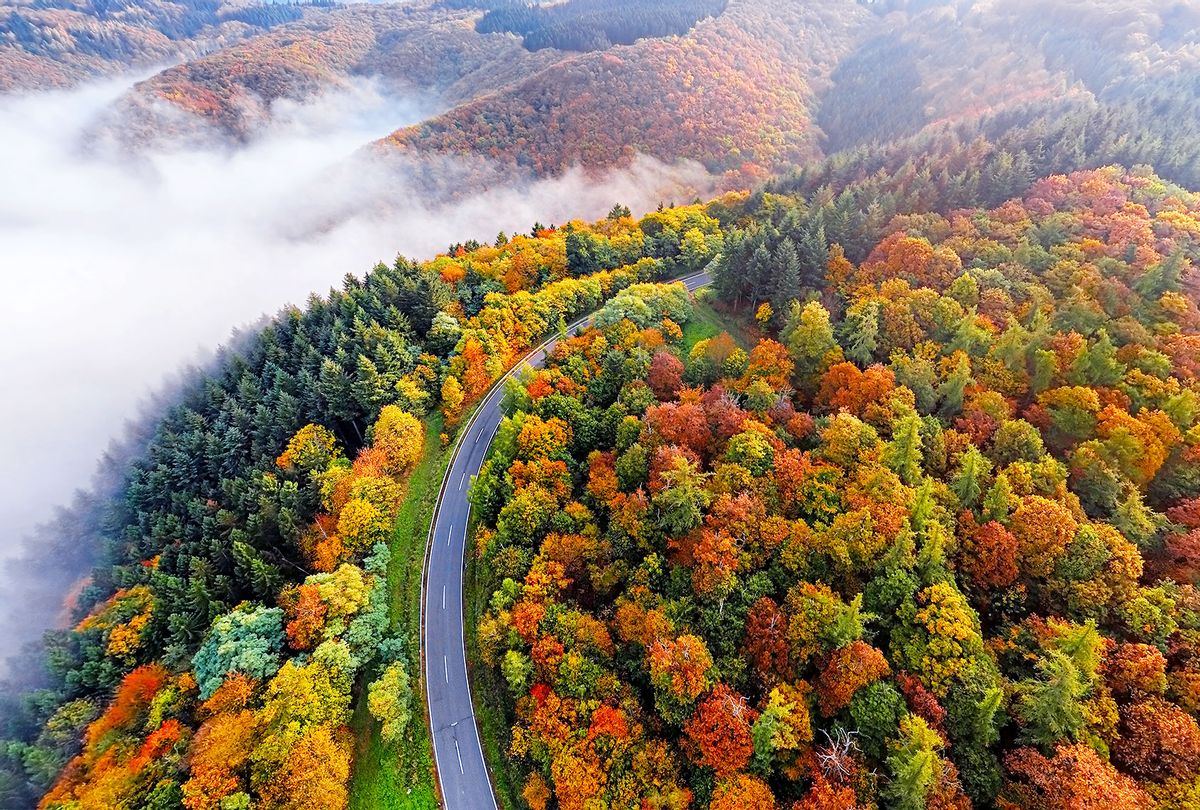 Fall foliage season is a calendar highlight in states from Maine south to Georgia and west to the Rocky Mountains. It's especially important in the Northeast, where fall colors attract an estimated US $8 billion in tourism revenues to New England every year.

As a forestry scientist, I'm often asked how climate change is affecting fall foliage displays. What's clearest so far is that color changes are occurring later in the season. And the persistence of very warm, wet weather in 2021 is reducing color displays in the Northeast and mid-Atlantic. But climate change isn't the only factor at work, and in some areas, human decisions about forest management are the biggest influences.

Climate change is clearly making the Northeast warmer and wetter. Since 1980, average temperatures in the Northeast have increased by 0.66 degrees Fahrenheit (0.37 Celsius), and average annual precipitation has increased by 3.4 inches (8.6 centimeters) — about 8%. This increase in precipitation fuels tree growth and tends to offset stress on the trees from rising temperatures. In the West, which is becoming both warmer and drier, climate change is having greater physiological effects on trees.

My research in tree physiology and dendrochronology – dating and interpreting past events based on trees' growth rings — shows that in general, trees in the eastern U.S. have fared quite well in a changing climate. That's not surprising given the subtle variations in climate across much of the eastern U.S. Temperature often limits trees' growth in cool and cold regions, so the trees usually benefit from slight warming.

More carbon dioxide is not automatically good for the planet — an idea often referred to as "global greening." There are natural limits to how much photosynthesis plants can carry out. Plants need water and nutrients to grow, and supplies of these inputs are limited. And as carbon dioxide concentrations rise, plants' ability to use it decreases — an effect known as carbon dioxide saturation.

For now, however, climate change has extended the growing season for trees in the Northeast by about 10-14 days. In my tree ring research, we routinely see trees putting on much more diameter growth now than in the past.

This effect is particularly evident in young trees, but we see it in old trees as well. That's remarkable because old trees' growth should be slowing down, not speeding up. Scientists in western states have even noted this acceleration in bristlecone pines that are over 4,000 years old — the oldest trees in the world.

Fall colors emerge when the growing season ends and trees stop photosynthesizing. The trees stop producing chlorophyll, the green pigment in their leaves, which absorbs energy from sunlight. This allows carotenoid (orange) and xanthophyll (yellow) pigments in the leaves to emerge. The leaves also produce a third pigment, anthocyanin, which creates red colors. A longer growing season may mean that fall colors emerge later — and it can also make those colors duller.

A changing mix of trees

Climate isn't the only thing that affects fall colors. The types of tree species in a forest are an even bigger factor, and forest composition in the eastern U.S. has changed dramatically over the past century.

Notably, eastern forests today have more species such as red maple, black birch, tulip poplar and blackgum than they did in the early 20th century. These trees are shade-tolerant and typically grow in conditions that are neither extremely wet nor extremely dry. They also produce intense red and yellow displays in the fall.

This shift began in the 1930s, when federal agencies adopted policies that called for suppressing all wildfires quickly rather than letting some burn. At that time, much of the eastern U.S. was dominated by fire-adapted oak, pine and hickory. Without fires recurring once or twice a decade, these species fail to regenerate and ultimately decline, allowing more shade-tolerant, fire-sensitive trees like red maple to invade.

There is evidence that some tree species in the eastern U.S. are migrating to the north and west because of warming, increasing precipitation and fire suppression. This trend could affect fall colors as regions gain or lose particular species. In particular, studies indicate that the range of sugar maples — one of the best color-producing trees — is shifting northward into Canada.

Intensive logging and forest clearance across the eastern U.S. through the mid-1800s altered forests' mix of tree species.

So far it's clear that warming has caused a delay in peak colors for much of the East, ranging from a few days in Pennsylvania to as much as two weeks in New England. It's not yet known whether this delay is making fall colors less intense or shorter-lasting.

But I've observed over the past 35 years that when very warm and wet weather extends into mid- and late October, leaves typically go from green to either dull colors or directly to brown, particularly if there is a sudden frost. This year there are few intense red leaves, which suggests that warmth has interfered with anthocyanin production. Some classic red producers, such as red maple and scarlet oak, are producing yellow leaves.

Other factors could also stress eastern forests. Climate scientists project that global warming will make tropical storms and hurricanes more intense and destructive, with higher rainfall rates. These storms could knock down trees, blow leaves off those left standing and reduce fall coloration.

Scientists also expect climate change to expand the ranges of insects that prey on trees, such as the emerald ash borer. And this year's very wet fall has also increased problems with leaf-spotting fungi, which are hitting sugar maples particularly hard.

Forests shade the earth and absorb carbon dioxide. I am proud to see an increasing number of foresters getting involved in ecological forestry, an approach that focuses on ecosystem services that forests provide, such as storing carbon, filtering water and sheltering wildlife.

Foresters can help to slow climate change by revegetating open land, increasing forests' biodiversity and using highly adaptable tree species that are long-lived, produce many seeds and migrate over time. Shaping eastern forests to thrive in a changing climate can help preserve their benefits — including fall color displays — well into the future.