Doctors across the world are feeling depressed and traumatized. That's bad news for patients 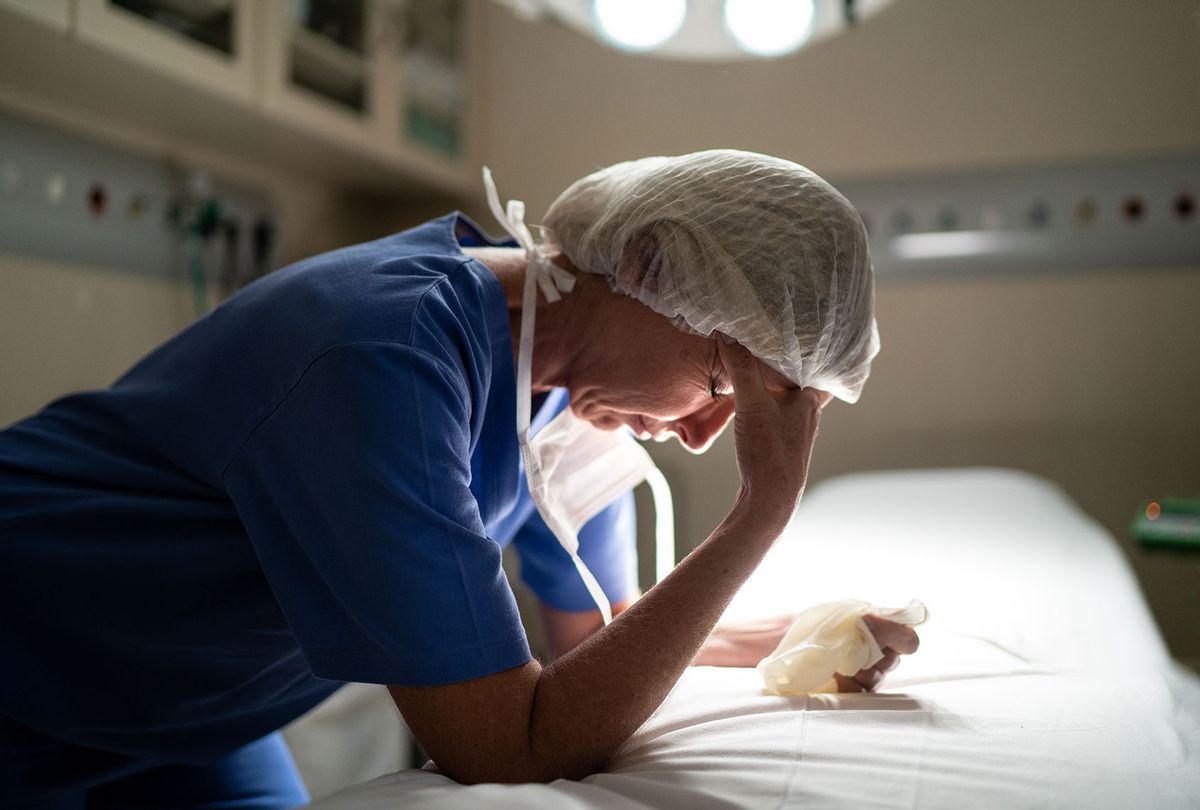 Reports abound of blue-collar workers, particularly in the service industry, experiencing burnout and depression as a result of the pandemic. Yet America's doctors, upon whom so many Americans rely for their lives, are experiencing their own miseries amid an unrelenting pandemic and mass disillusionment with the health care industry. The collective impending mental health crisis among America's doctors may have a trickledown effect on patients, and in some cases it already has.

In recent years, healthcare workers in the U.S. have indeed experienced increased drug misuse and suicide rates. In 2019, an estimated 29% to 54% of U.S. healthcare workers experienced burnout in 2019; a percentage that rose to 71% of physicians in September 2020, after the pandemic began. Those statistics suggest that these issues predated the pandemic, which merely exacerbated the crisis.

But it's just not doctors in the U.S. who are suffering. The pandemic has caused a mental health crisis in healthcare workers all across the world.

Now, a new study published in the peer-reviewed journal PLOS ONE suggests that this crisis is actually international in nature: doctors in Catalonia (Spain), Italy and the United Kingdom are experiencing high levels of anxiety and depression. The cross-country study assessed the mental well-being of doctors — including consultants, specialty doctors and associate specialists, specialty registrars, junior doctors and general practitioners — in the three countries at two points during the pandemic; June 2020, and November/December 2020. Collectively, researchers gathered over 5,000 survey responses at each point. The researchers found that in Italy, 1 in 4 doctors had experienced symptoms of anxiety in both June of 2020 and in the winter of 2020. One in five reported symptoms of depression over the same period of time.

In all three countries, women doctors were more likely to experience symptoms of anxiety and depression. In fact, in Italy, there was a 60% increase in likelihood of female doctors experiencing anxiety. In the UK, there was a 54% greater prevalence of female doctors experiencing symptoms of depression. As a whole, younger doctors under the age of 60 were more likely to experience anxiety and depression in all three countries surveyed.

"The COVID-19 pandemic has been classified as a traumatic event, with healthcare workers arguably having the most direct and longest exposure to this disease," said co-author of the study, and principal investigator Climent Quintana-Domeque, professor of economics at the University of Exeter. "Our study identified a high prevalence of anxiety and depression symptoms among medical doctors in both the first and second waves of the pandemic, and the similar patterns across countries suggest that our findings may be applicable to other European settings."

Notably, there appeared to be a correlation between workplace safety and mental health. Nearly half of the Italian doctors disagreed with the statement "my workplace is providing me with the necessary PPE" [personal protective equipment] in June 2020. Doctors who worked 40 hours or more in the previous week also had a higher likelihood of experiencing anxiety and depression.

The authors of the study hope this data can inform ways the healthcare industry can better protect and support their workers.

"The results of this study suggest that institutional support for healthcare workers, and in particular doctors, is important in protecting and promoting their mental health in the current and in future pandemics," Quintana-Domeque said.

Recent well-publicized incidents in which doctors struggled at work, seemingly due to stress or overwork, attest to these findings. A story about a Massachusetts surgeon falling asleep in his car before he was scheduled to operate went viral after news outlets reported that he was facing a $5,000 fine and a reprimand from the Massachusetts Board of Registration in Medicine.

The consequences of overworked healthcare professionals could bring the healthcare industry to the brink of collapse, as Salon has previously reported. In a recent survey from the American Association of Critical-Care Nurses (AACN), 66% of 6,000 critical care nurses surveyed said they had considered leaving their jobs because of the pandemic.

"The thing is, if nurses decide to leave the profession in the numbers that say they might, it would bring our healthcare system to its knees," Amanda Bettencourt, AACN president-elect, previously told Salon. "You wouldn't be able to get care for lots of things that you need, whether it's your health emergency or your loved ones' health emergency, and critical care nurses are not easy to replace because it takes at least a year past their academic training for a nurse to have the skills and knowledge to take care of critically ill patients."