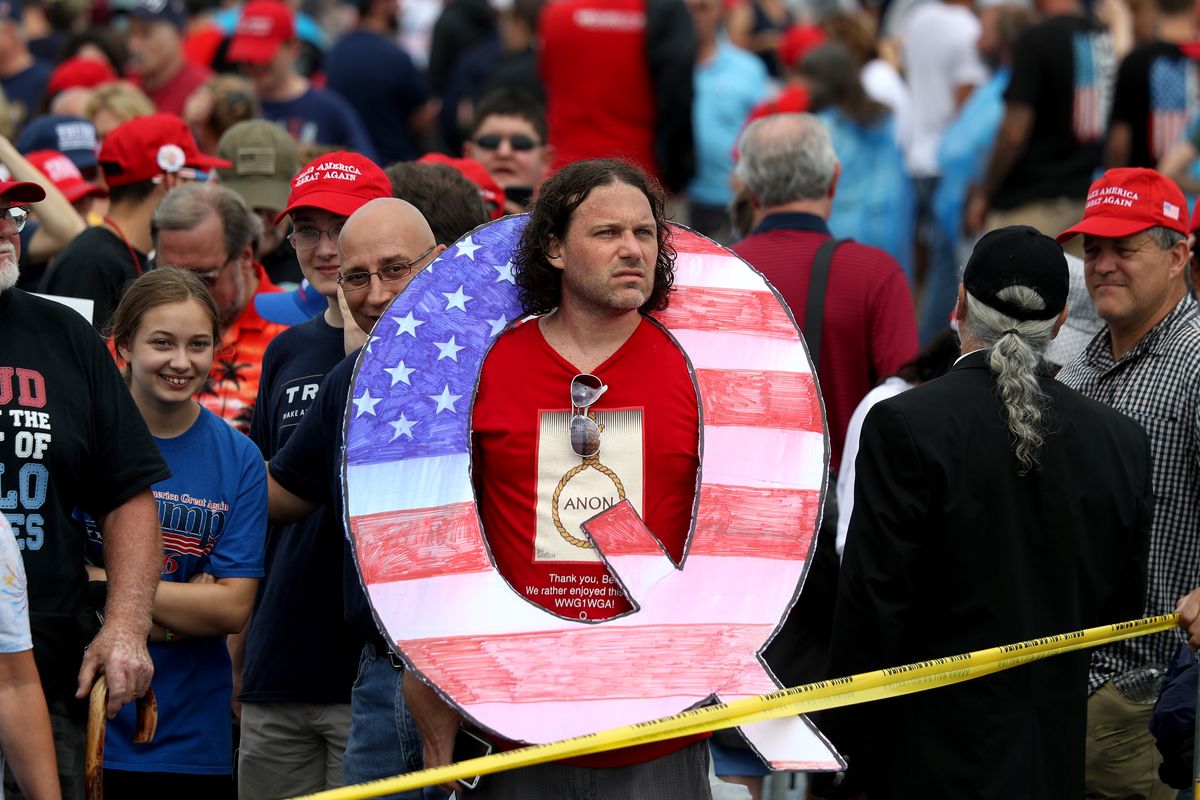 QAnon supporters gathered in Dallas on Tuesday in the hopes that John F. Kennedy, Jr. would make major revelations.

"QAnon supporters are gathering for an event in Texas on Tuesday at which they falsely believe JFK junior will reveal he is not dead and announce a 2024 presidential run with Donald Trump, the former president," the Independent reports.

Journalist Steven Monacelli posted a video of members of the crowd chanting a euphemism for "f*ck Joe Biden" while holding a Trump-Kennedy QAnon banner. Although, the banner is from 2020, showing yet another "prophecy" that did not occur.