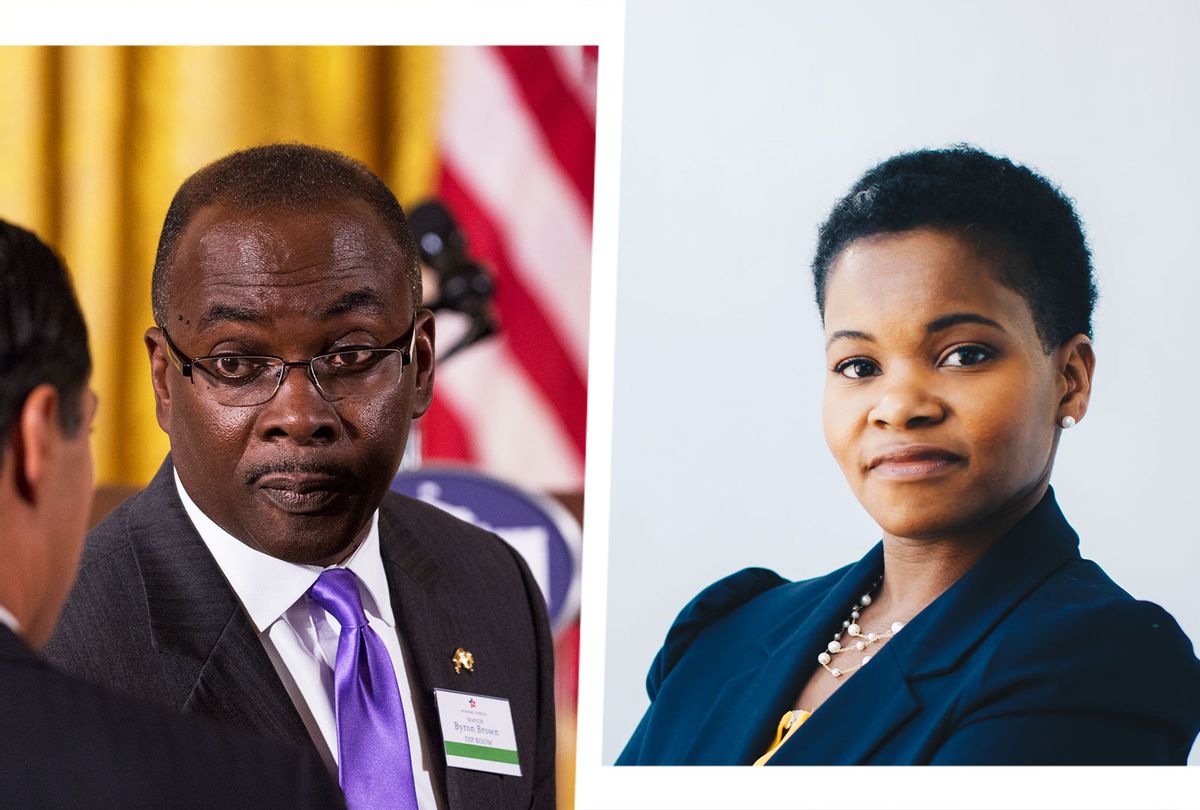 Considered "politically dead" following his primary defeat by Walton back in June, according to The Buffalo News, Brown received 59% of the Buffalo electorate's support on Tuesday. By contrast, Walton won roughly 41% of the write-in votes.

From the outset of the race, Brown refused to take part in the nominating contest or even debate with Walton, instead asking the city's voters to "Write Down Byron Brown."

"At the very beginning, they said we can't win, that it was impossible to win as a write-in," Brown said in a speech this week. "But you know, you can never count a Buffalonian out. "The people chose four more years of the Brown administration. The people chose one of the greatest comeback stories in our history."

"I knew that this was going to be an uphill battle since the beginning," Walton said ahead of the vote, acknowledging the tough road her campaign faced.

Brown, a Democratic former New York State senator, was elected as Buffalo's first Black mayor back in 2005. During his first term, he narrowed his focus on crime reduction, though his policies yielded mixed results. Brown has historically represented a "more centrist faction of the New York state party," according to The New York Times, often heeding the special interests of real estate lobbies, which have directed significant contributions his way.

Walton, a former nurse with support from Sen. Bernie Sanders, I-Vt., and Rep. Alexandria Ocasio-Cortez, D-N.Y., campaigned on a progressive policy platform, which called for a $7.5 million budget cut for the Buffalo Police Department in the wake of the George Floyd protests.

RELATED: The empire strikes back: Mainstream Dems try to crush the left in Buffalo and Cleveland

Brown, for his part, has also expressed the need to expand protections for Buffalo tenants. But during the campaign, Brown repeatedly took Walton to task for her self-described label as a socialist.

"I don't see Ms. Walton as a Democrat," Brown said in a debate last week. "I think her ideas for the city of Buffalo are bad at best, and unworkable."

Walton has meanwhile suggested that Brown ran a bad-faith campaign.

"Every ad that he comes out with is an attack on me and making people feel afraid of me or attempting to do so," Walton told CNN before early voting began. "An honorable campaign would be him sharing the plans that he has for the future of Buffalo. An honorable plan would be him owning up to the fact that he disrespected Buffalo voters by not running a primary contest."