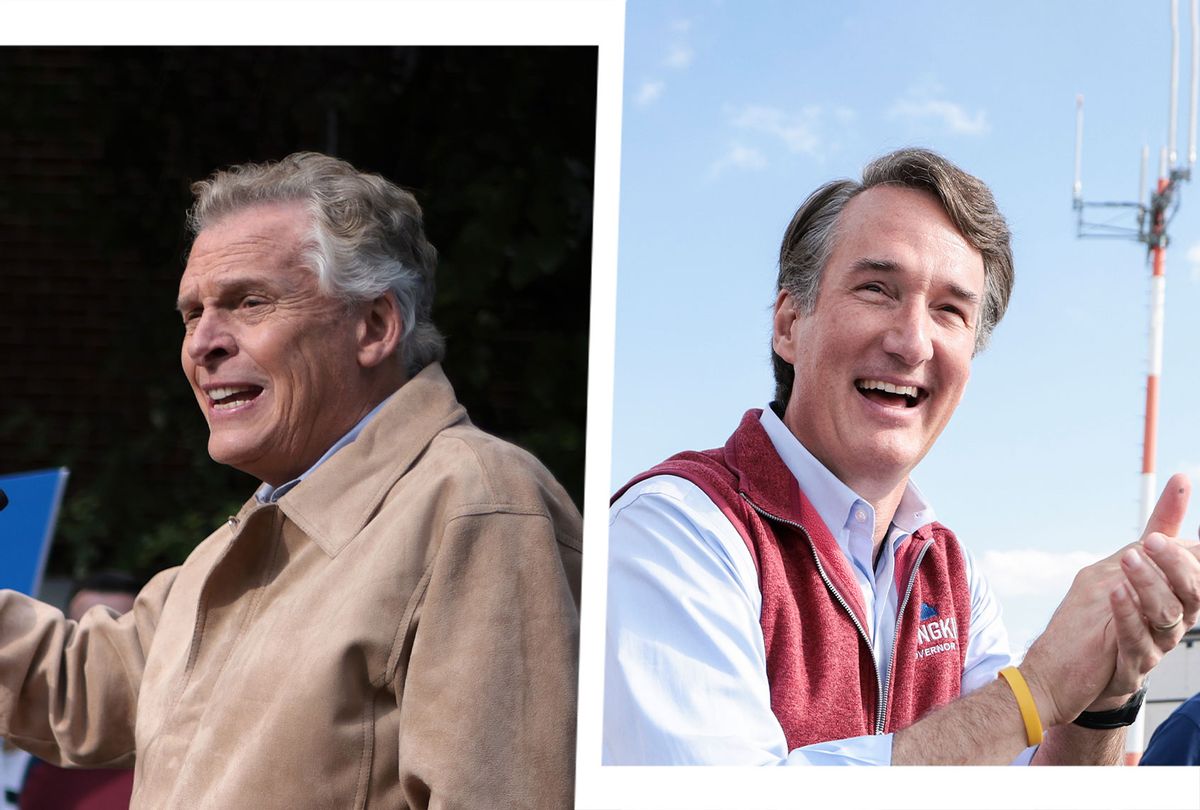 The candidates were locked into a dead heat in the final weeks leading up to Election Day in Virginia, which saw a record number of 1,137,656 early voters. The early voting count was roughly six times that of 2017, CNBC reported. Well after midnight, however, the two candidates were separated by fewer than 100,000 votes out of more than 3.1 million cast.

Both candidates were vying to replace Democratic Gov. Ralph Northam, who last year passed a series of policies that expanded access to voting, which experts note may have contributed to the sharp uptick in early voting, but also found himself at the center of controversy surrounding abortion and racism.

"Virginia passed new laws over the past several years that made it much easier to vote by early by mail or via in person early voting," Stephen Farnsworth, a professor of political science at the University of Mary Washington, told CNBC. "Voting reform laws changes are the main reason why early voting numbers are so much higher."

McAuliffe, a Democratic Clinton ally who served as governor from 2014 to 2018, announced his candidacy back in December and has benefited from substantial name recognition in the race. During the campaign trail, the former governor repeatedly highlighted the achievements of a Democratic-run commonwealth and stressed the need for major voter turnout to stave off "white backlash" against the apparent overreach of various Democratic and progressive policies, according to The Guardian. Much of this backlash has expressed itself in the state's public schools, where disgruntled parents have protested against the use of "critical race theory" in classrooms.

Youngkin, a Republican businessman with no political experience, announced his bid back in January, campaigning on a number of hot button issues that have in recent years come to the fore of the culture war, like transgender equlity and "critical race theory" – the latter of which he has promised to ban in public schools.

In May, Youngkin received a formal endorsement from Donald Trump – a distinction Youngkin called an "honor." Throughout his campaign, however, Youngkin has maintained a careful distance from Trump, often seeking to separate himself from some of Trump's most loyal backers. Youngkin consistently elided the former president's name in speeches and declined to speak about Trump's policies or conduct as president – a sticking point for McAuliffe, who sought to paint his opponent as an ardent Trump ally.

"Trump has now endorsed [Youngkin] for the tenth time today," McAuliffe said after the former president released a new statement on Monday supporting his Republican contender. "What does that tell you? The little MAGA people, not as excited as you thought."

"Terry's opponent has made all his private pledges of loyalty to Donald Trump," President Biden echoed last week. "But what's really interesting to me, he won't stand next to Donald Trump now that the campaign's on. Think about it. He won't allow Donald Trump to campaign for him in this state. And he's willing to pledge his loyalty to Trump in private — why not in public?"

Experts speculated that Youngkin was attempting to cast a wider net than a traditionally Trump-aligned candidate, appealing to a bloc of independents who might feel alienated from the former president. With some pundits arguing that the race serves as a national bellwether, it's possible that Youngkin's win will establish a rubric for congressional GOP candidates in 2022.