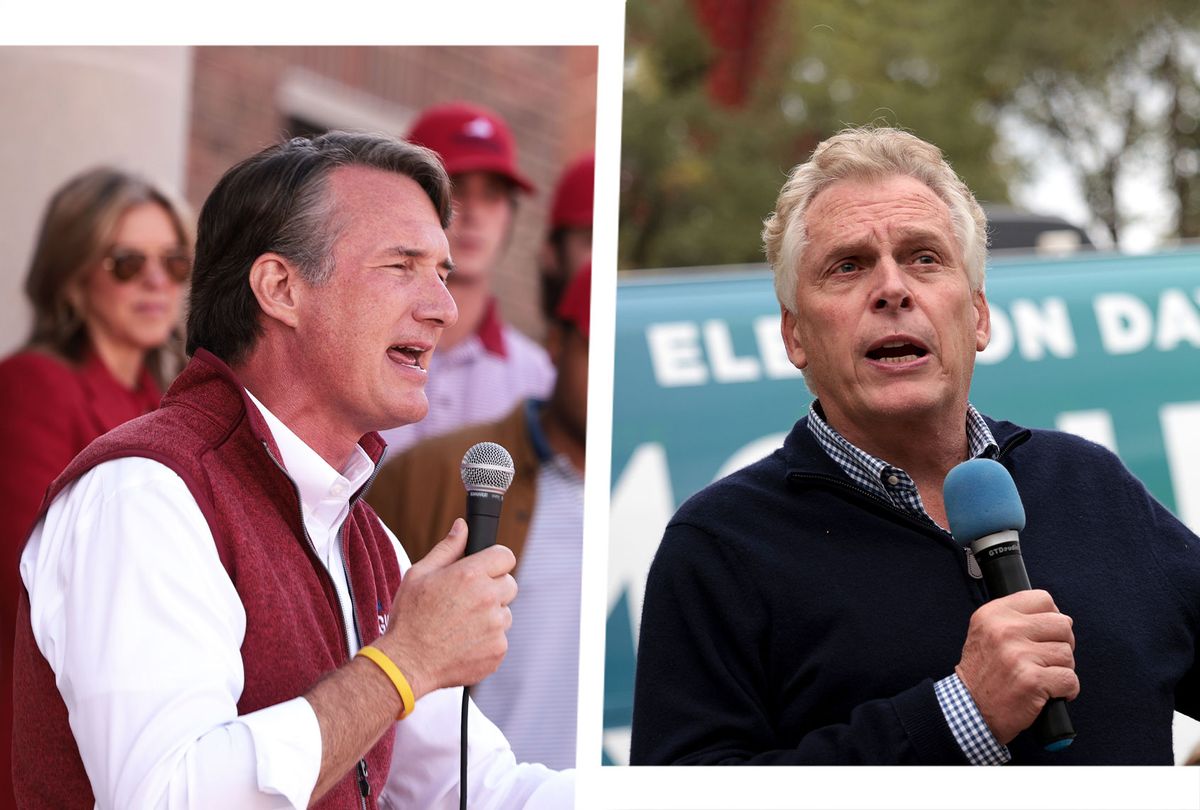 The twice-impeached former President Donald Trump announced he will phone it in for Virginia Republican gubernatorial candidate Glenn Youngkin during a Monday evening tele-rally event as the race tightens in its final days.

While the Youngkin campaign has maintained a healthy distance from Trump so far, it appears that firewall is breaking down as the candidate gains ground — a Fox News poll out Thursday reflects momentum being on the side of Youngkin, with an eight-point spread between the candidates, whose views couldn't be more ideologically split.

FiveThirtyEight, in its aggregate of numerous national poll totals, shows a once runaway race for McAuliffe now turning into a nailbiter. On Thursday night, Youngkin was ahead by .01, and hours later on Friday, McAuliffe was up by .01.

At a rally this past week, which President Joe Biden crossed the Potomac to speak at, die-heard McAuliffe supporters who spoke with Salon remained largely optimistic. On a cold, windy night in Arlington, Biden pressed hard on driving home the importance of voter turnout  — though the event was frequently derailed by hecklers from across the political spectrum.

A group of four pro-Trump activists chanted, "We love Trump." Just minutes later, climate activists began yelling "stop line three," a plea to the Biden administration to halt the expansion of a pipeline from Alberta, Canada, to Superior, Wisconsin.

With the hecklers escorted out, Biden refocused his attention to taunting the Youngkin campaign over why Trump isn't on the trail stumping for the Republican millionaire.

"Terry's opponent has made all his private pledges of loyalty to Donald Trump," Biden said. "But what's really interesting to me, he won't stand next to Donald Trump now that the campaign's on. Think about it. He won't allow Donald Trump to campaign for him in this state. And he's willing to pledge his loyalty to Trump in private — why not in public?"

"What's he trying to hide? Is there a problem with Trump being here?" the president asked. "Is he embarrassed?"

RELATED: Joe Biden calls out Glenn Youngkin for trying to distance himself from Trump: "Is he embarrassed?"

Much of Democrats' strategy has hinged on highlighting Youngkin's association with Trump, which the Republican candidate has been able to downplay and dodge successfully. Last week, when asked by Salon if Trump would stump on his behalf, Youngkin responded, "So I've been really clear all along. I'm campaigning down the stretch in Virginia."

And as the race comes down to the wire, it appears Youngkin is finally welcoming the ex-president's helping hand, accepting a phone-in appearance Monday during a last-minute rally on the eve of the election.

He denied any involvement in planning the Trump appearance, and told a gaggle of reporters Saturday that he "is not going to be engaged" with the former president during the rally.

"I haven't been involved in that," he added. "The teams are talking I'm sure."

The former Virginia Governor added that the people of the Old Dominion state "now know all they need to know about Youngkin's plans for the Commonwealth," while calling on residents to hit the ballot box and "reject Donald Trump and his extreme agenda once again."