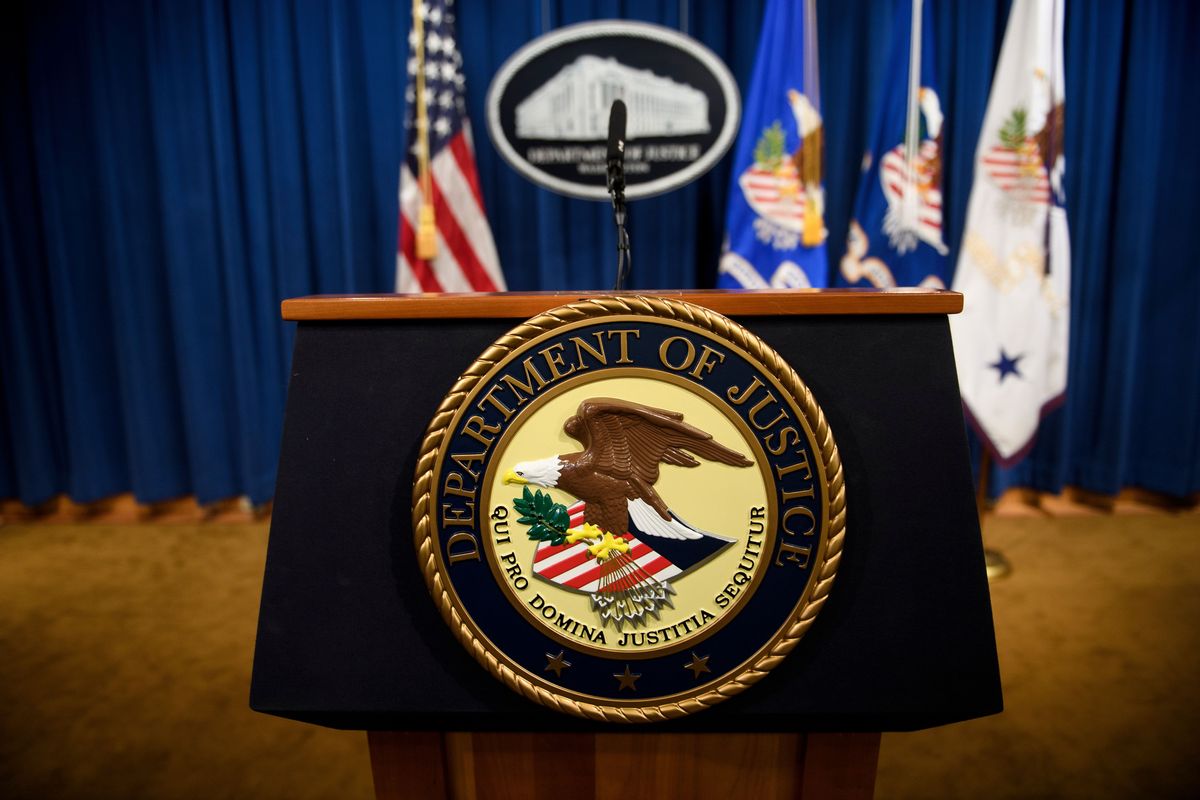 A lecturn at the U.S. Department of Justice (BRENDAN SMIALOWSKI/AFP via Getty Images)
--

Federal authorities arrested a researcher who contributed information on possible links between Donald Trump and Russia for former British spy Christopher Steele's salacious "dossier," according to a report by "The New York Times."

"The arrest of the analyst, Igor Danchenko, is part of the special counsel inquiry led by John H. Durham, who was appointed by the Trump administration to scrutinize the Russia investigation for any wrongdoing," the newspaper reported, citing "people familiar with the matter."

Danchenko made a name for himself by revealing there were indications Vladimir Putin's dissertation contained plagiarized sections.

"Danchenko, was the primary researcher of the so-called Steele dossier, a compendium of rumors and unproven assertions suggesting that Mr. Trump and his 2016 campaign were compromised by and conspiring with Russian intelligence officials in Moscow's covert operation to help him defeat Hillary Clinton. The people familiar with the matter spoke on condition of anonymity because the indictment of Mr. Danchenko had yet to be unsealed," the newspaper reported.

The charges were not listed by the newspaper, but there was reportedly more than one.