"With every passing day, more people in this country are being blocked from accessing abortion care" 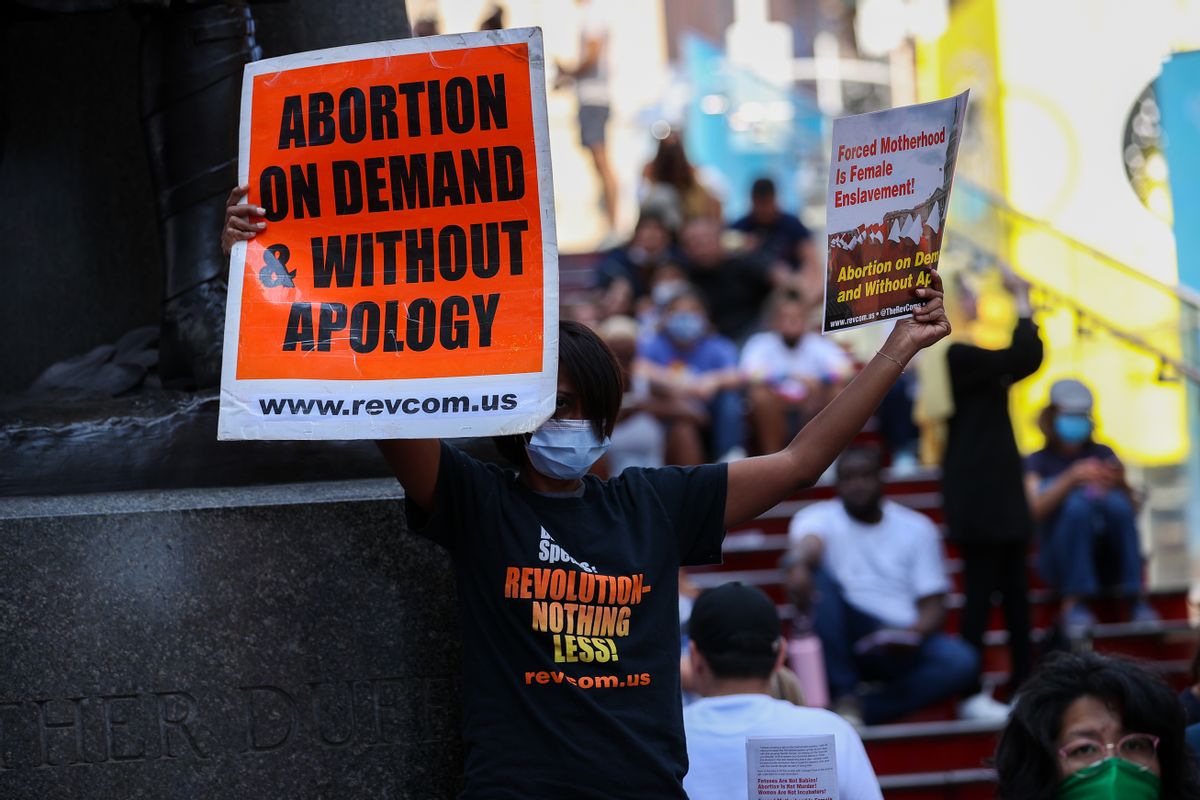 Reproductive rights advocates on Thursday doubled down on their urgent demand that federal lawmakers pass legislation to protect the right to abortion after Ohio Republicans introduced a total ban on the procedure—part of a proposal modeled on Senate Bill 8 in Texas.

Like S.B. 8, Ohio's House Bill 480 would enact an abortion ban that would be enforced entirely by vigilantes, with ordinary citizens empowered to sue anyone who helps a person obtain abortion care at any point in pregnancy.

Plaintiffs would be entitled to seek $10,000 or more in court and the law would include no exceptions for pregnancies resulting from rape or incest.

Defendants in civil suits would be barred from claiming "ignorance or mistake of law as a defense," according to The Hill.

NARAL Pro-Choice America warned that the introduction of H.B. 480 was a sign that "the S.B. 8 domino effect is well underway and will only continue to escalate in cruelty as long as the Supreme Court allows Texas' blatantly unconstitutional law to stand."

The U.S. Supreme Court drew condemnation in September when it allowed Texas' law to go into effect—a move which has reportedly resulted in overwhelmed abortion clinics in neighboring states as Texans are forced to cross state lines to seek care.

This week the court heard oral arguments in two cases challenging S.B. 8—brought by abortion providers and by the Biden administration—and suggested it was open to allowing the providers to pursue their case, potentially returning the case to the lower courts.

Rights advocates including NARAL and UltraViolet say people's reproductive rights should not be left up to the court and that the Women's Health Protection Act must be passed to protect the right to terminate a pregnancy. The legislation would codify Roe vs. Wade and permanently block laws like S.B. 8 and H.B. 480.

"The future of reproductive freedom is in peril," said Adrienne Kimmell, acting president of NARAL. "With every passing day, more people in this country are being blocked from accessing abortion care and our leaders in the Senate must act. It is past time to pass the Women's Health Protection Act and safeguard the legal right to abortion before the Supreme Court has the chance to end the constitutional right to abortion as we know it."

Planned Parenthood Advocates of Ohio called the proposal "catastrophic" for communities across the state.

"Lawmakers and anti-abortion vigilantes have no business making personal medical decisions for their neighbors," said Lauren Blauvelt-Copelin, vice president of government affairs and public advocacy for the organization.

Nan Whaley, a Democrat running for governor of Ohio in 2022, called the legislation "dangerous" and pledged to veto H.B. 480 or any similar legislation if she wins the election.