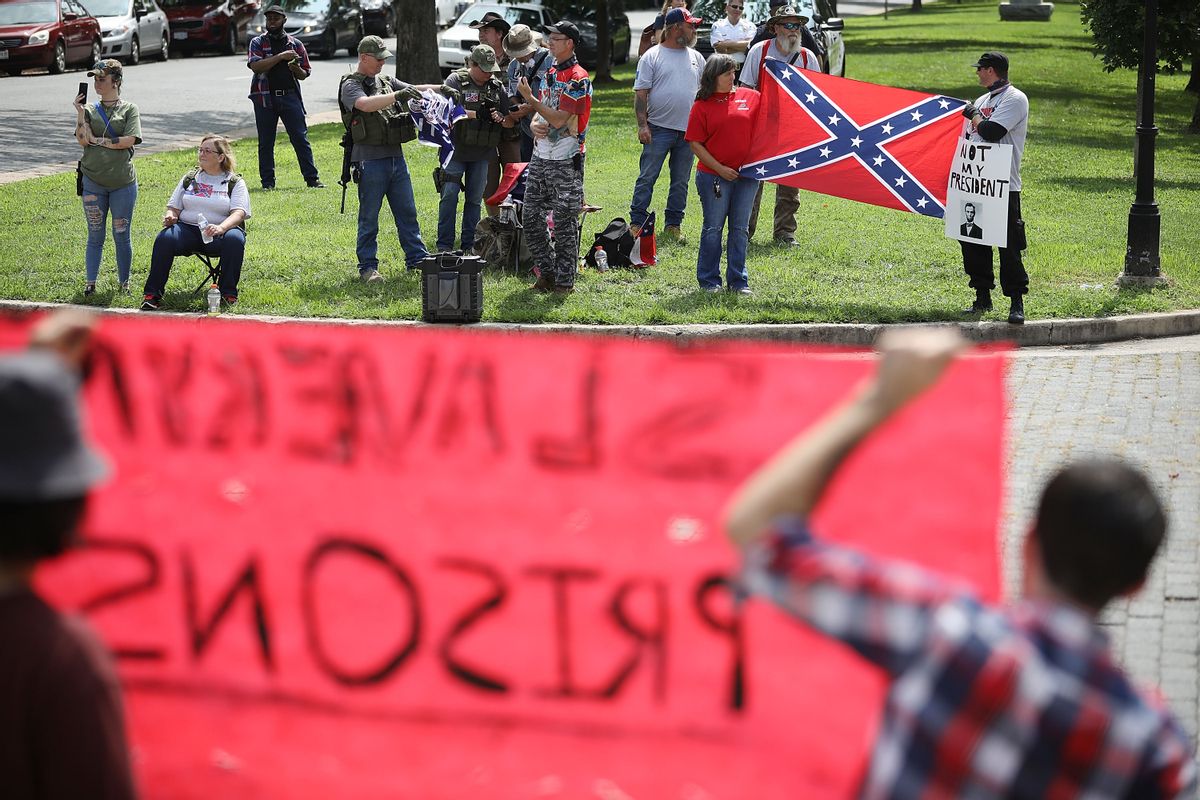 Another white supremacist group is working to spark a civil war, according to a video captured by the FBI.

WABC reported Friday that for months the FBI watched the group "The Base" as they plotted a terrorist attack using a pro-gun rights rally in Richmond, Virginia. The men were sentenced in late October to nine years in prison, but ABC just obtained the 2019 audio from the secret recordings at their Delaware home.

The extremist group has been recruiting members since 2018 in the U.S. and around the world. They've used "online chat rooms, private meetings, and military-style training camps" that prepare them for a new civil war.

The recordings cite the men plotting acts of terror around the rally that would ultimately bring down the U.S. government.

"Patrik Mathews, a former Canadian Army reservist illegally in the U.S., and Brian Lemley, a Maryland resident and self-described white nationalist, fantasized about the brutal murders they'd soon carry out against law enforcement and Black people, all with the goal of bringing about the 'Boogaloo,' or the collapse of the U.S. government in order to prop up a white ethno-state," the report said citing the recordings.

"We need to go back to the days of ... decimating Blacks and getting rid of them where they stand," Mathews said in a recording. "If you see a bunch of Blacks sitting on some corner you f*cking shoot them."

"I need to claim my first victim," Lemley explained in a different recording. "It's just that we can't live with ourselves if we don't get somebody's blood on our hands."

"You wanna create f*cking some instability while the Virginia situation is happening, make other things happen," Mathews said. "Derail some rail lines ... shut down the highways ... shut down the rest of the roads ... kick off the economic collapse of the U.S. within a week after the [Boogaloo] starts."

"I mean, even if we don't win, I would still be satisfied with a defeat of the system ... and whatever was to come in its place would be preferable than what there is now," Lemley said. "And if it's not us, then you know what, we still did what we had to do."

When the men were arrested in January 2020, ahead of the Richmond attack, law enforcement discovered tactical gear, 1,500 rounds of ammunition, along with cases of food and supplies ready for the war. They also built their own assault rifle they were testing at a gun range in Maryland.

U.S. district judge Theodore Chuang went above the sentencing guidelines, including the terrorism enhancement to the crimes to ensure the men got at least 9 years in prison.

In briefings to Congress over the past year, FBI Director Christopher Wray has warned leaders that the biggest threat to the United States is far-right terrorism.

Read the full report at ABC.