For months, a key pillar of Youngkin's campaign was "election integrity" 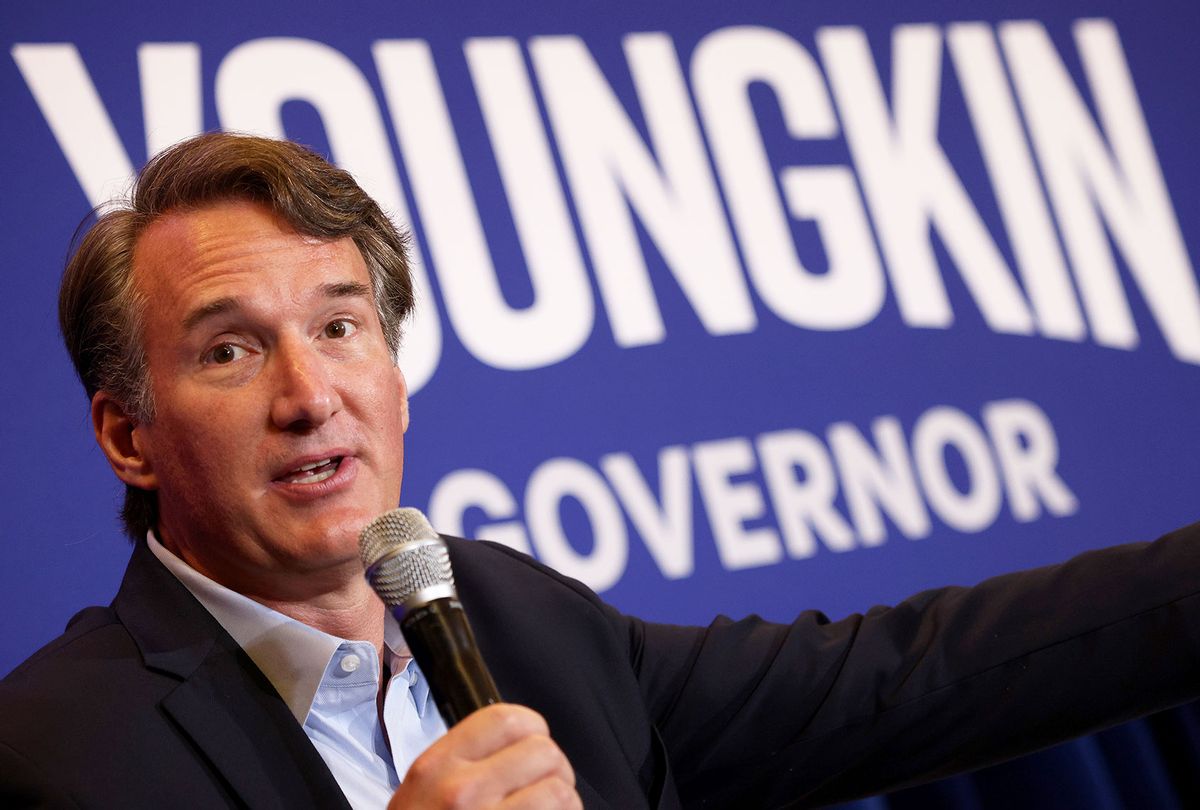 The statement released by Fairfax County said the 17-year-old, who is not being identified because he is a minor, did not break any election laws and will not be charged with a crime.

He apparently walked into a voting site at the Great Falls Library in Great Falls, Virginia, and handed over his drivers' license to election officials when asked for identification, according to a precinct captain who spoke with the Washington Post.

It didn't take long for the woman, Jennifer Chanty, to notice who the teen was — after which she informed him that Virginia law stipulates that voters must be at least 18 years old on election day in order to legally vote. The only time a 17-year-old may cast a ballot is in a primary election, and even then they must provide proof that they will turn 18 before the general election.

Chanty told the Post that she offered to register him for the next election, but he refused and left the polling place.

Then, roughly 20 minutes later, Youngkin's son returned to insist that he be allowed to vote, citing another 17-year-old friend who had done so earlier in the day.

"I told him, 'I don't know what occurred with your friend, but you are not registered to vote today. You're welcome to register, but you will not be voting today,' " Chanty said.

Making the situation even more strange was the fact that the Youngkin family was registered to vote at a different election site.

"It was just weird," Chanty added.

A Youngkin campaign official, Devin O'Malley, released a fiery statement following reports of the incident being made public, calling them "opposition research" pitched by his "political opponents."

"It's unfortunate that while Glenn attempts to unite the Commonwealth around his positive message of better schools, safer streets, a lower cost of living, and more jobs, his political opponents — mad that they suffered historic losses this year — are pitching opposition research on a 17-year old kid who honestly misunderstood Virginia election law and simply asked polling officials if he was eligible to vote; when informed he was not, he went to school," O'Malley wrote.

For months, a key pillar of Youngkin's campaign was "election integrity" — the now governor-elect went so far as to promise an "election integrity task force" that would monitor elections for fraud and advocated several times for audits of election machines, something that is already mandated under Virginia law.

Still, Chanty told the Post she believes the incident was simply a mistake.

"Teenagers do stupid things," she said. "I'll chalk it up to that. I'll believe that first before anything else."