Gabbard, a self-described progressive, suggested that McAuliffe was attempting to divide the country by race 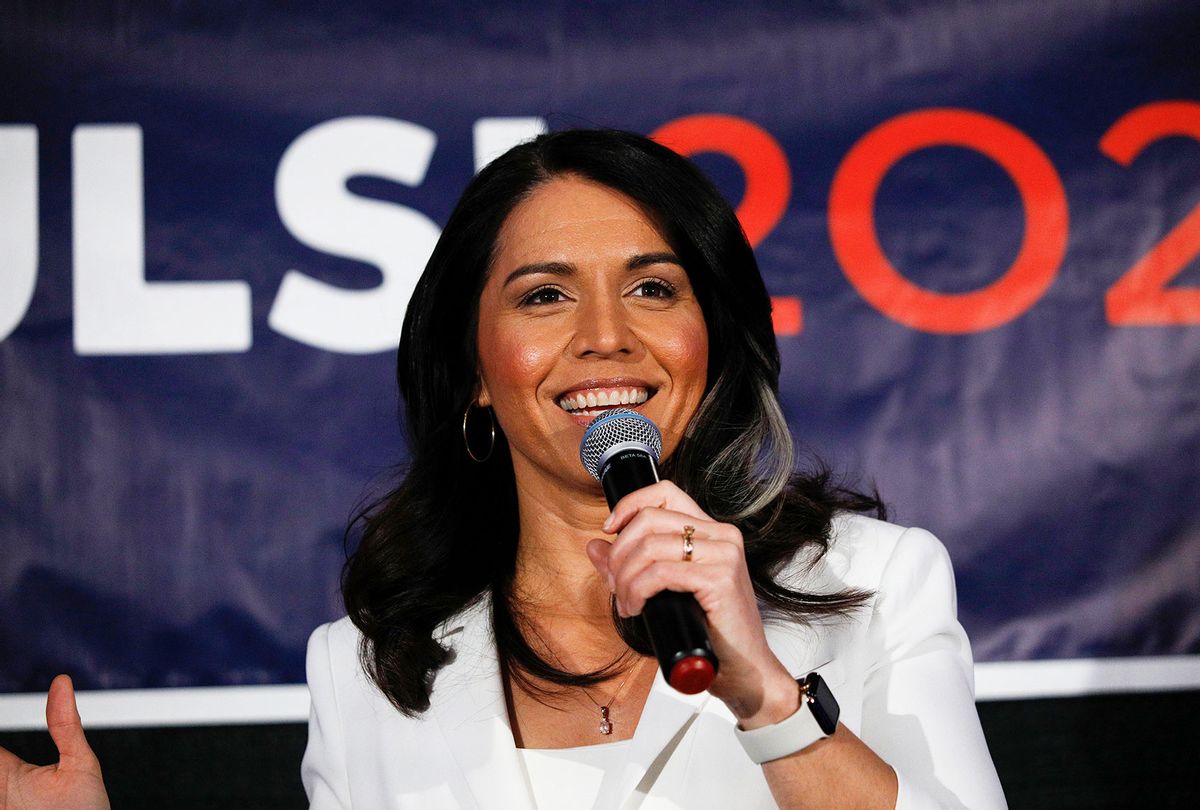 Former Rep. Tulsi Gabbard, D-Hawaii, said that Democrat Terry McAulliffe's loss in the Virginia gubernatorial election "is a victory for all Americans," suggesting on Wednesday that McAulliffe was attempting to "divide us by race."

"McAuliffe's loss is a victory for all Americans. Why? Because it was a resounding rejection of efforts to divide us by race, the stripping of parental rights, and arrogant, deaf leaders. This benefits us all," she tweeted without further explanation.

On Wednesday, Republican challenger Glenn Youngkin, a Donald Trump supporter, defeated McAulliffe, the former governor of Virginia, in the state's gubernatorial election, widely seen as a bellwether for the national electorate. Experts have predicted that Youngkin's victory, boasting a 2.5% margin, portends poorly for Democrats in 2022 and 2024, though the result is not entirely dispositive.

"What we won't do is teach our children to view everything through the lens of race," the Republican said at a campaign event last month. "On day one, I will ban critical race theory."

Youngkin specifically put emphasis on the need for parents to have a bigger say in what their children are taught. In response, McAuliffe in September said that parents should not "be telling schools what they should teach" – a comment many saw as a political gaffe.

Gabbard's remarks came as a surprise to some because she repeatedly casted herself as a progressive during the 2020 presidential election. In the past, she's supported a two-tier version of universal healthcare as well as universal basic income. Gabbard has also backed expanded medical and parental leave, and campaigned for drastic reductions in the U.S. military budget.

However, as of late, Gabbard has taken to calling out the Democratic Party and President Biden for their apparent "authoritarianism," particularly when it comes to culture war issues.

Late last month, Gabbard appeared on Fox News to rail against a memo sent by Attorney General Merrick Garland warning of "domestic terrorism" at school board meetings, where parents have protested the enforcement of mask and vaccine mandates as well as the use of critical race theory and LGBTQ+ cirriculum in classrooms.

"Concerned parents are the latest targets of the establishment. This is a bigger problem than Dems or Republicans," Gabbard tweeted. "This is about the [mainstream media] & political elite trying to hold on to their power. If you're not with them, they will censor you, demonize you & call you a domestic terrorist."

In August, Gabbard announced that she'd be launching a new channel on Rumble, a Canadian online video platform seen by some as a less censorious antidote to corporate media sites like YouTube.