The road to cheaper, cleaner energy is a fast lane, not a slow burn — and there’s a simple economic explanation 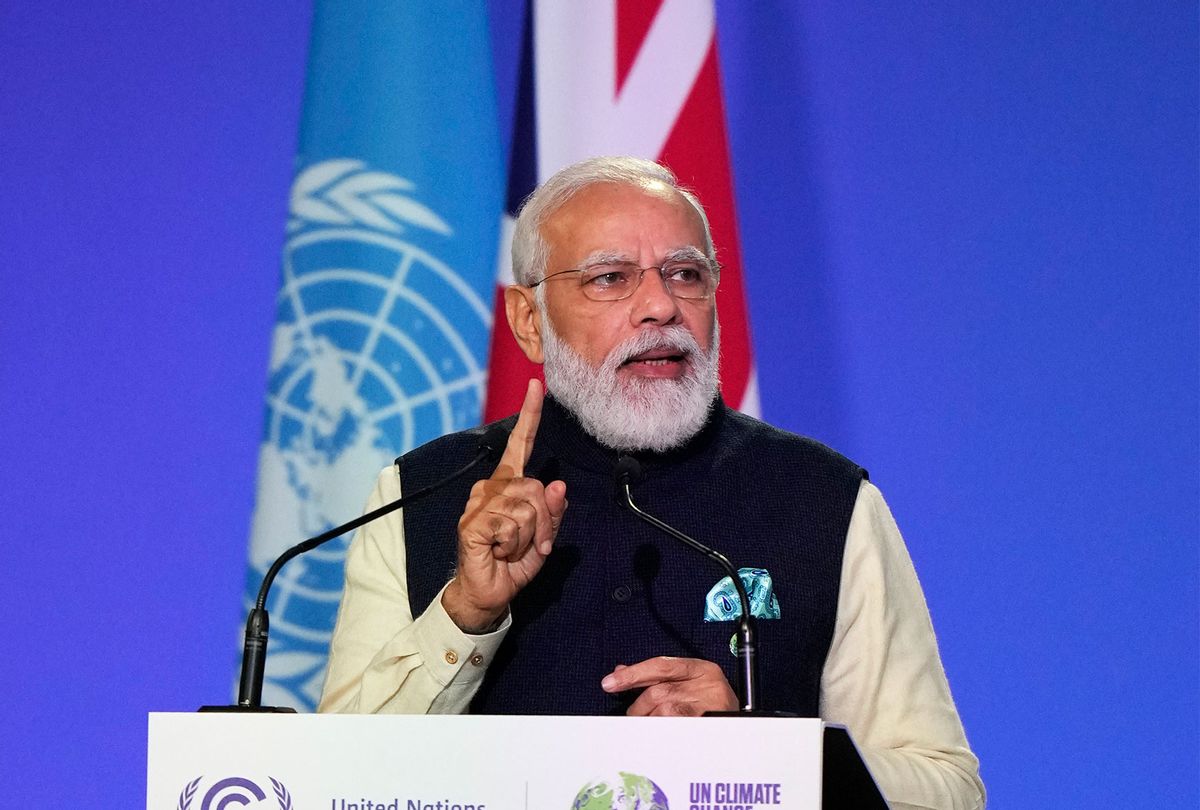 GLASGOW, SCOTLAND — The biggest surprise during the first two days of the pandemic-delayed UN Climate Summit in Glasgow came from Indian Prime Minister Narendra Modi, who made a series of bold commitments to green energy. India already ranks third for renewable energy capacity; Modi pledged to quintuple India's current 100 gigawatts of renewable energy generation to 500 gigawatts by 2030. That number is higher than the country's entire electricity generation capacity today.

Modi also pledged to slash the carbon intensity of India's economy by 45%. He promised that steps like these would let India cap its greenhouse emissions by 2070 — pledging to a timeline he had long resisted — and eliminate a billion tons of carbon pollution a year this decade. Meanwhile, the International Energy Agency said that India's commitment was a significant step towards showing to the world, for the first time, one available road map to cap warming below two degrees Celsius.

What made this grand pronouncement from the world's second most populous country possible? Modi could commit to such emission reductions for one reason: India is driving down the experience curve – perhaps the most crucial factor about the economics of clean energy.

Not only do wind, solar, batteries, electric vehicles and heat pumps get cheaper over time. They get cheaper faster if we just build more of them. This is their unique, almost magical property. If we want cheaper clean energy, we merely need to build more of it. This phenomenon – called the experience curve – has been demonstrated for solar panels, wind turbines, LED lights, and lithium ion batteries. And it has been occurring for decades.

It does not apply to mature technologies like coal-fired power plants, internal combustion engines, or gas furnaces and water heaters. The more oil we burn, the more it costs, as we are experiencing right now. The more solar, the cheaper it gets, as this graph from Our World in Data shows.

India is perhaps the best example of a country that has ridden the experience curve to cheaper and cheaper renewable power — in spite of the fact that it started later than rivals like China, and had to overcome high-cost domestic capital.

Indeed, India has doubled its renewables capacity roughly every five years – five-fold in the last decade.

India is probably the biggest renewables success story among developing economies. But it is not alone. The International Energy Agency reports that solar power is, in most of the world, already the cheapest electricity — far cheaper than new coal or gas plants.

And it's not just solar and wind that fall in price as they grow in size. The next crucial clean energy technology – advanced batteries needed to enable the shift in the transportation sector to electricity, as well as to manage the intermittency of wind and sunshine – also displays a steep experience curve. Deploying today's batteries faster not only makes tomorrow's cheaper, but actually pays for itself almost immediately.

Yet even with these examples and this data, even with the media focus on how desperate the climate threat has become, it's clear in Glasgow that advocates of effective, rapid climate progress must still wrestle with a persistent and crippling myth – that any rapid decarbonization transition will make us poorer. That myth is one of the major factors making it hard for the Glasgow COP to overcome the divisions among industrial and developing nations, carbon importing and exporting economies.

The new form of climate denial here in Glasgow is, "Yes, let's get off fossil fuels – but gradually. That will be safer." (You also hear it in the US, particularly from Senator Joe Manchin and the oil industry.) It won't be.

This myth is very dangerous. While driving fast down the experience curve is a reliable way to cut energy costs and carbon emissions, it is not an automatic market response to the need for cheaper, cleaner energy. If you want cheaper energy, you have to decide to grow your cleaner energy as fast as you can.

Why is it safer to decarbonize faster, rather than slower?

First, when energy costs start high — as they did with renewables — markets won't grow without policy intervention.

But making renewables cheaper is a game of scale. As the experience curve illustrates, costs go down not with time but with the scale of deployment: "more is cheaper," not "later is cheaper." Waiting makes energy more expensive.

With clean energy technologies, the curve is predictable and stable. Each doubling of deployment cuts cost at the same rate as previous growth.

Initially, the experience curve requires a country to buy costly renewable power. However, since market share is low initially, one doesn't buy very much of this costly clean energy. Only later, after a solid initial investment, do renewables become cheap. Steadily increasing volumes of this cheaper clean energy are sourced to replace expensive fossil fuel power, lowering the average electric bill. Moving slowly merely delays these benefits, raising costs in the meantime.

Likewise, early on, as the hard costs of technologies drive the experience curve down; these cost gains are global. China benefited from Germany's investment in solar cell efficiency, and India took advantage of Chinese cost gains.

Later, the soft costs of innovation – finance and regulation in particular – need to fall. Late arrivals to a technology still need to drive down their own local soft cost experience curve. India perfected its auction system to drive its solar prices below China's, even though it has not yet caught up in making panels. Vietnam lagged India in deploying solar. But in only two years of investing in solar, the country had increased its electrical generation capacity by 25%, and cut local solar costs in half.

Yet most countries are still refusing to either permit or finance sufficiently rapid renewables expansion. Indonesia has yet to emulate either India or Vietnam. Its renewable energy costs are 3-4 times higher than its neighbors. Australia rolled out a very simple regulatory model for deploying rooftop solar years ago. The US declined to adopt it. Hence, US rooftop solar costs 2½ times as much as Aussie consumers pay.

Cheap, clean energy is there to be had. But you do have to chase it. Not risk, but inertia and obstruction from special interests are the biggest barrier to getting off fossil fuels. Too much of the time and energy at Glasgow is spent arguing about the past – how we put ourselves at risk of climate catastrophe. Not enough is learning from the success stories that can still get us back on track.

What's not to embrace about a clean energy revolution that enables every country to be energy self-sufficient, ends the scourge of air pollution, rescues the climate – and drives the cost of energy lower than it has ever been?