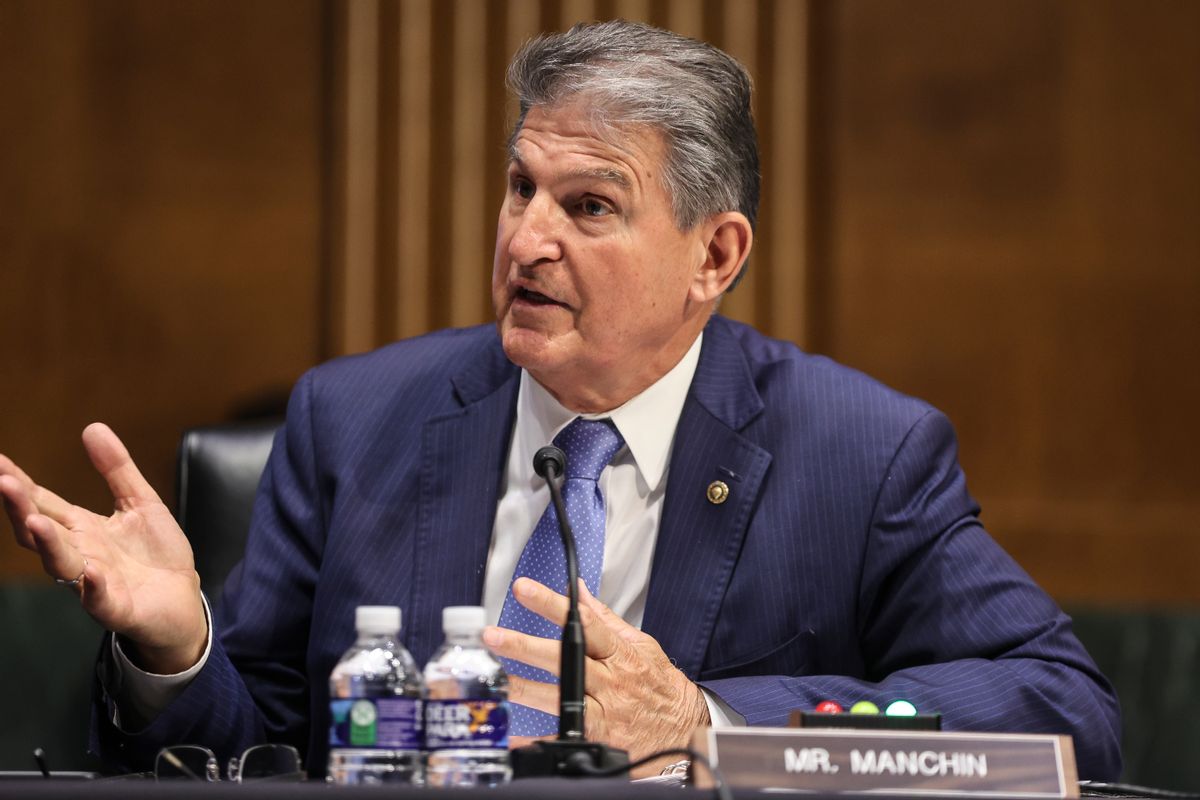 Regardless of what ends up in the Build Back Better package, the opposition from Sen. Joe Manchin, D-W.Va., is already enriching coal investors like him by sending the price of coal skyrocketing. Manchin's opposition to climate change measures, and his defense of fossil fuel, are helping to goose coal prices by signaling a slower decline in demand for coal than was once anticipated — and giving investors confidence to put more money in coal ventures.

"I think in the absence of Manchin, the price would be much lower," said Michael Greenberger, the former director of the Division of Trading and Markets at the Commodity Futures Trading Commission and now professor and director of the Center for Health and Homeland Security at the University of Maryland Francis King Carey School of Law.

Manchin's moves are helping the coal industry at large. By proposing policies that support the need for coal, that's driving up the price of coal — an otherwise dying fuel source.

So far this year, the price of coal has surged approximately 260 percent, and the biggest jump was in the last few months. The price of coal soared by about 140 percent since just the beginning of July, when the third quarter started.

"The future, absent Manchin, for investment in coal should be on the decline and prior to this year it was on the decline," Greenberger told TYT.

Manchin's grandstanding comes amid surfacing reports illuminating just how deep the West Virginia senator's connections are to the coal industry. For Enersystems, the elevated price of the commodity means more money lining the company's pockets. That means a bump for Manchin's income in particular. Earlier this month, TYT reported that since 2011, Manchin has raked in more than $5.2 million from Enersystems. That makes up 71 percent of Manchin's investment income.

In the third quarter, Peabody Energy reported $900 million in sales. That's the highest it's been in seven quarters. The company's stock is also up more than 10 percent this year, after several quarters of declines dating back from a high in June 2018.

According to Federal Election Committee filings, Peabody Energy's PAC donated $5,000 to Manchin as recently as July amid active negotiations on Biden's agenda.

I think the positive news for the people in the coal business, it looks like Sen. Manchin's been successful in keeping out some of the draconian measures that were in the earlier bills. But we really need to see what in the world comes out of the Biden administration this quarter heading into next year, and what their reaction is going to be relative to whether it be legislation incentivizing alternatives, more importantly, what position are they going to take toward our financial institutions and access to capital. Because there have been signs recently that the Federal Reserve has been encouraging the banks not to lend the coal industry.

Greenberger told TYT, "I think the confidence that investors and their industry have in Manchin's ability to tie up climate change proposals is a prop for [the coal business]. ... Anybody who understands the way these prices work would have to say that his interference has supported the price of coal."

Without Manchin, there are few, if any, financial reasons to support further investment in coal. Today only 19 percent of the country gets electricity through coal. That's down 33 percent from 1990. Manchin's state, however, is not on par with the rest of the country's energy diversification. West Virginia still relies on coal to produce a staggering 89 percent of its electricity.

Manchin's position on the Biden agenda has shifted. Earlier this year he voiced support for $4 trillion in spending. In negotiations since then, he has moved the goal posts, and now says his red line is closer to $1.5 trillion.

One of Manchin's few consistent positions has been his allegiance to coal industry executives. Before Biden was even inaugurated, Manchin addressed a January symposium of the West Virginia Coal Association. Manchin promised the organization, including Craft, the head of Alliance Resources, "I will be a voice of reason in the Senate on coal and energy. I will continue to advocate for a total, all-in energy policy and for the continued use of coal."

In late July, Manchin made good on his word. He sent a one-pager to Senate Majority Leader Chuck Schumer to argue that "carbon capture utilization and storage" should be included in legislation and that both coal and natural gas "feasibly qualify." Manchin also requested that, if wind and solar energy tax credits were included, then existing tax credits for fossil fuels should not be repealed.

But if executives and investors in the coal business are getting a helping hand from Manchin and his grandstanding, it's not helping the average West Virginian. Coal sales are up along with share prices, but so is the cost to consumers. According to reporting from CNN, the average utility bill through American Electric Power, one of the state's largest utilities providers, has risen by 122 percent in the last 13 years, with some residents paying electric bills that are higher than their mortgages.

Manchin's support for coal is not particularly helping the state's workforce either. Coal is now the ninth largest industry in the state and only accounts for 3 percent of the state's workforce. According to West Virginia University, in 2020 mine employment fell below 11,000, and the forecast suggested that employment levels would not return to pre-COVID numbers within the next five years.

More on Joe Manchin, Big Coal and the Build Back Better battle: