"Beauty bias" is real, and devastating. I've felt it firsthand

My facial difference has affected my income, opportunities, and how I’m treated. I'm not staying quiet anymore 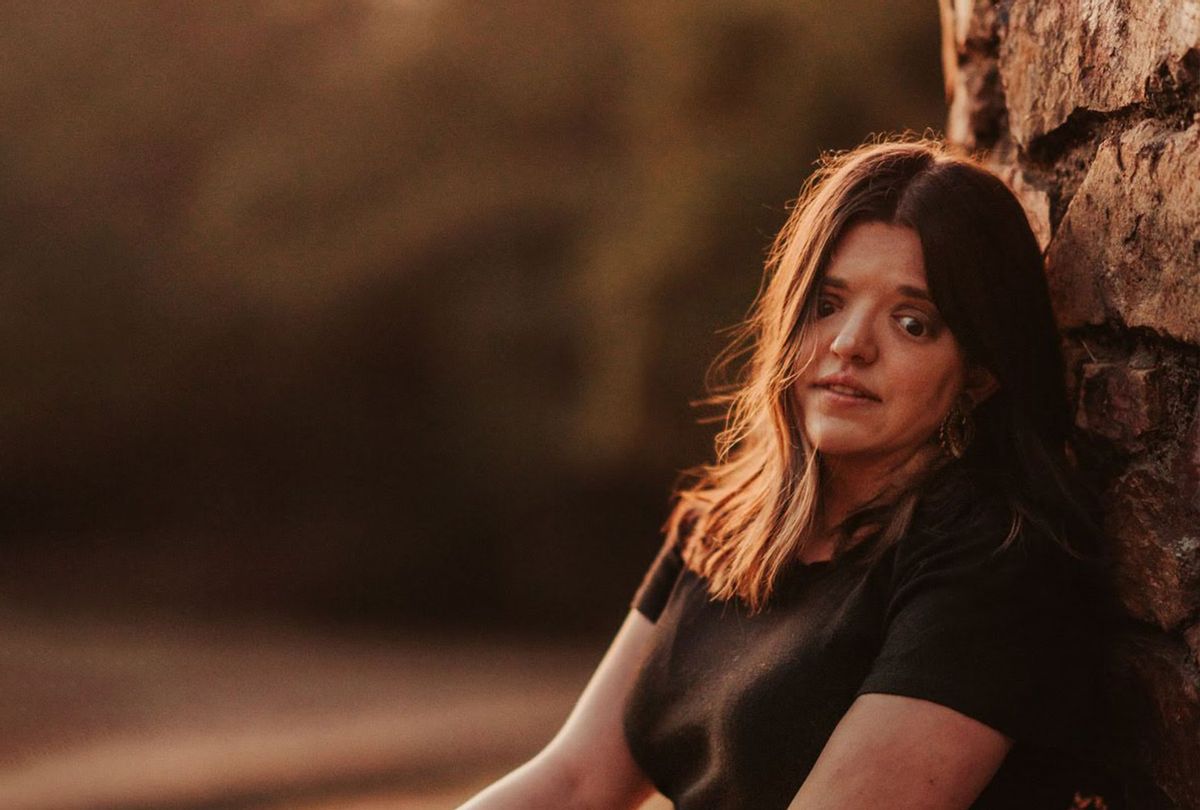 When I was 17, I saw a "hiring" sign in the window of a local bakery, and decided to apply for the job. That afternoon, I put on my most professional outfit, and headed to the bakery to see if I could fill out an application. When I got there, however, the owner looked me up and down and told me all positions had been filled. But when another girl walked in behind me and requested an application, she was handed one immediately.

I knew better than to be surprised. By 17, I was accustomed to strangers treating me as if I were subhuman.

I have Crouzon syndrome, a craniofacial condition where the bones in the head don't grow. I had dozens of operations to expand my skull and face. These surgeries saved my life but altered my appearance. I'm 30 now, and while my surgeries are behind me, my facial difference has impacted my income, opportunities, and how I'm treated by strangers in public.

My experience at the bakery was one of many similar ones. At 15, I worked at a pizza restaurant. I made $6.75 an hour, which seemed unreasonable when factoring in how customers made fun of me. "Quasimodo," they sometimes called me. At 20, I applied for a legal internship and was told by the hiring attorney that he'd worked with my "kind" before and the work (filing and answering phones) would be too much for someone like me. After college, I applied for a copywriting position. The hiring manager was impressed with my work until she met me in person. Because of my appearance, she didn't believe the resume and writing sample I'd submitted belonged to me and made me "prove it" — to show her I could actually write. My twin sister, Zan, who also has Crouzon syndrome, has had similar experiences. She was once asked during an interview to explain her medical history. Another asked if her appearance impacted her intelligence.

In the Western World, beauty is perceived through a narrow set of ideals: white, thin, able-bodied, and symmetrical. Thus, having a facial disfigurement meant having my humanity constantly called into question, which drilled into me a lesson I've spent my entire life learning: Pretty people are valued more. They also make more money.

Economists have found that "attractive" individuals who meet Western standards of beauty earn roughly 12–14 percent more than their unattractive coworkers. A 2021 study on physical appearance and income found that for men, greater stature meant a higher income, while for women, obesity meant lower income. There is also a racial pay gap. Black and Hispanic women make up a large share of Americans earning less than $15 per hour.

Though there is research related to the impact of race and gender on income, facial difference is often overlooked. This is surprising given that people with disabilities — including disfigurement — face numerous financial, institutional, and attitudinal barriers, causing people with disabilities across all age groups to be less likely to graduate from college and be employed.

According to Changing Faces, a UK organization devoted to face equality, over one-third of people have been discriminated against due to their appearance when applying for jobs. Their research reveals that for people with physical differences, getting a job is only half the battle. Their 2021 reported that 25% of participants had been stared at in the workplace and 19% felt uncomfortable around colleagues and/or received negative comments related to their appearance. 10% said they were ignored by colleagues and 12% struggled to make friends at work.

Unconscious bias goes beyond workplace exclusion and negatively impacts livelihood. Changing Faces reported that one in twelve people were given job assignments below their pay grade and were denied development opportunities due to their physical appearance. In addition, one in fifteen people were passed over for promotions and/or pay increases due to their disfigurement. Nearly half of people who experienced discrimination and harassment in the workplace didn't even feel safe enough to discuss their experience with managers or colleagues.

While there isn't data specific to the United States, America's history of discrimination and normalization of ableist policies suggests that findings in the U.S. would be similar to the UK.

Discrimination against individuals with physical differences is rooted in centuries of dehumanization that has become embedded in our culture. In the 19th and 20th centuries,  numerous cities had "ugly laws" where people who were "diseased, maimed, mutilated or in any way deformed so as to be an unsightly or disgusting object or improper person" were banned from being in public.

In Chicago during the 1800s, ugly laws were also known as "unsightly beggar ordinances", and were used to prevent individuals from displaying their disabilities and keep beggars who had been cast aside by society due to their appearance off the street. These laws targeted people who were disabled, homeless, and poor, because in many cases, they were all of the above.

Disability was not only equated with homelessness and being poor, but it was also criminalized. In a 2016 Chicago Tribune article on the history of "ugly laws," Elizabeth Greiwe wrote, "They worried that disfigured beggars would scare women. Community leaders settled on an idiomatic solution: out of sight, out of mind." Those deemed "unsightly" were fined $1 to $50 — which today equates to up to $1100 — or sent to poorhouses.

Nina Renata Aron summarized the implications of these laws: "The emphasis on beauty and benevolence belied the true effect (and perhaps purpose) of these initiatives, which was to define the ideal citizen: one who was white, able-bodied, English-speaking, and sufficiently independent."

Though ugly laws are no longer in effect in the United States (In Chicago, ugly laws were not repealed until 1974), people with visible differences continue to be treated as inferior. And those who meet Western standards of beauty are placed on a pedestal. This leaves many already-marginalized individuals desperate to adhere to arbitrary standards of beauty, or risk being further pushed into the margins.

This is partially why I wrote a book — "A Face for Picasso" — a memoir about what it was like to grow up with a facial difference. Because I want people to understand that treating individuals who do not live up to unrealistic standards of beauty as if we are subhuman impacts every aspect of life. I spent my childhood and adolescence in and out of the hospital. I had dozens of operations — some of which were medically necessary, others of which were for aesthetics. I struggled with whether or not I wanted more plastic surgery, because even as a child, I understood that conforming meant I wouldn't be treated so cruelly by the world around me. I underwent over sixty surgical procedures before I graduated from high school. Not because I hated my face. But because the world did. And it still wasn't enough.

Ariel Henley is a writer from Northern California with a B.A. in English and Political Science from the University of Vermont. She is passionate about writing as a form of activism, and hopes to use her story to promote mainstream inclusion for individuals with physical differences. Her work has appeared in The New York Times, The Atlantic, The Washington Post, and Narratively. Her debut book, "A Face for Picasso: Coming of Age with Crouzon Syndrome," came out in 2021.