James Bond hasn't changed much, and neither have his problematic villains after 25 films

"No Time to Die" introduces Rami Malek as 007's latest antagonist, one who perpetuates a harmful stereotype 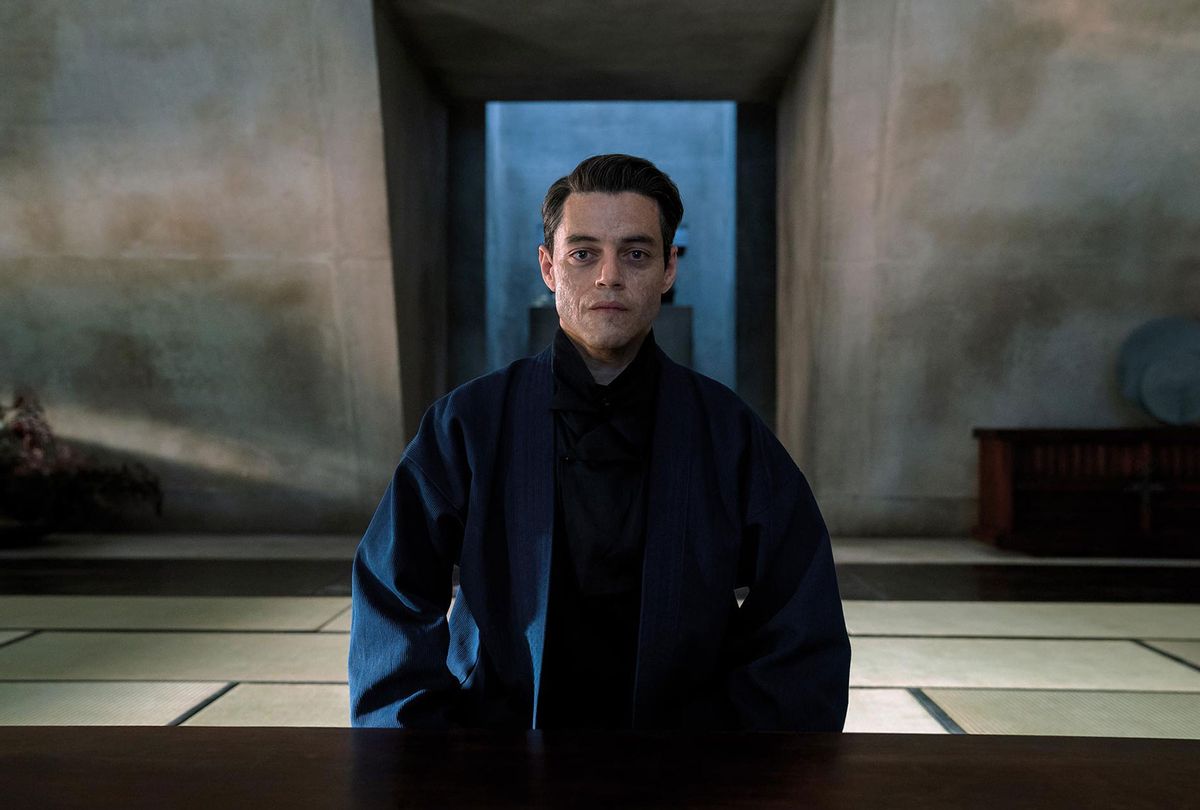 In many ways, Daniel Craig's Bond swan song "No Time to Die" delivers everything fans have come to expect from the franchise: thrilling action sequences, beautiful women, snappy one-liners . . . and a disfigured villain.

The new supervillain this time around is a man named Lyutsifer Safin, played by Oscar winner Rami Malek ("Bohemian Rhapsody"). Safin is smart, sauve and isn't content with merely seeking revenge on various people, including 007's latest Bond girl Madeleine (Léa Seydoux) and her young daughter. Once they're crossed off his list, Safin intends to unleash a bioweapon upon the world.

In short, Safin is pretty evil. But his actions alone aren't what's sparking controversy and conversation. First introduced wearing an expresssionless white mask reminiscent of the kind worn in Japanese noh performances, Safin's true face is eventually revealed to be covered in scars due to an attempt on his life involving a nerve agent.

"What I really wanted from Safin was to make him unsettling," Malek said in an interview with W magazine. Over on Total Film, Malek defends the character's scars further, saying they're "important to have."

It's this physical difference, the disfigurement, however, that has disfigured and disabled activist Jen Campbell and others like her up in arms.

On her YouTube channel, the author addresses the topic: "The link with villainy to deformity, disfigurements, disability and bodily transformation, it is a device used in literature so much and also now in film and has been used for so long that it is such an ingrained part of society that it's something that I think a lot of people don't think twice about, and that needs to change."

Portrayals of villains who are disfigured perpetuate the stereotype that moral corruption and untrustworthiness is tied to the physical appearance. This has real-world repercussions for people who are visibly disabled or disfigured, and how they're treated as lesser-than because of how audiences have been conditioned.

Unfortunately, the 007 franchise is one of the most consistent perpetuators of this villainous trope, a practice that producers have defended by pointing to the work of author Ian Fleming, who originated the James Bond novels on which the films are based.

"It's very much a Fleming device that he uses throughout the stories – the idea that physical deformity and personality deformity goes hand in hand in some of these villains," producer Michael G. Wilson told Den of Geek upon the release of 2012's "Skyfall." "It's just part of the writing tradition."

Campbell pushes back at that assertion.

"I don't know why it's a literary 'tradition' that cinema and literature clings to so dearly," she said in an interview with Salon. "More nuanced storytelling would be more exciting for everyone."

Tradition in the franchise appears to mean holding onto the same formulas and archetypes that were first developed by the wealthy, privileged, conventionally attractive and able Fleming in the 1950s. Drawing on his WWII experiences in intelligence, the author penned the ultimate secret agent in his mind who is sexy, confident, witty and white. He has a woman in every port and kicks the bad guy's ass.

And that bad guy is very often portrayed with disfigurements. In "No Time to Die," Safin is not the only one. The film also includes two other villains who are each missing an eye, one of whom is Ernst Blofeld, a character Christoph Waltz reprised from 2015's "Spectre." If that name sounds familiar, that's because we've met the SPECTRE terrorist leader multiple times in previous incarnations in the Bond franchise. Usually he's portrayed with a giant scar over one eye (or is missing the eye) and occasionally pets a fluffy white cat. He is also the inspiration for the facially scarred Dr. Evil, the villain whom comedian Mike Myers portrays in the "Austin Powers" spy spoof franchise.

Meanwhile, Dr. Julius No, who Safin is rumoured to be connected to, is seen with prosthetic hands, received after playing with radition on behalf of SPECTRE. In 2006's "Casino Royale," villain Le Chiffre has a facial scar. In "Skyfall," villain Raoul Silva (Javier Bardem) reveals that the motivation for his attacks against MI6 is connected to the torture he endured after capture by an enemy, climaxing in him removing his dentures to show that half of his face has been permanently disfigured by hydrogen cyanide. For all the villains listed, not a single actor who portrays them is visibly disfigured or disabled themselves.

Despite the outcry, which has been revived over and over, Campbell believes she knows why the problematic trope has continued in the mega-popular franchise.

"Because it's an easy 'punch down'? Because they don't respect disabled people?" she said. "I can only assume the lack of respect given they have been asked so often to reconsider, and have been presented with research about why these repeated tropes are harmful."

It's disheartening to realize that this trope is so pervasive that it's not just relegated to violent adult fare. The first time Campbell remembers seeing an evil character with a visible disfigurement was the malevolent uncle Scar in "The Lion King."

Campbell isn't alone in her fight for better, more responsible representation for people with physical differences. One organization that's been vocal for advancements in the Bond franchise is Changing Faces, a UK-based charity for people with a visible disfigurement or disability.

Changing Faces launched their #IAmNotYourVillain campaign to shift the narrative around visible difference and disability, culminating in the British Film Institute stopping funding for movies in which villains appear with facial disfigurements in 2018.

In advance of "No Time To Die," Changing Faces wrote an open letter to the Bond producers to commit to ending the trope in the franchise in the future. The letter reads in part:

For far too many of us, we regularly experience abuse and hate, just because of how we look. We are hyper visible when we open our front doors. . . .

So, for the next Bond movie, let's have a character – the hero, the strong side kick or intelligent love interest, who also happens to have a visible difference. Because we are not just your villains.

For Campbell, the Bond franchise is just the start of how far the media has to go in terms of proper representation.

"Horror film director Ari Aster openly admits [to Forbes] that his disabled character, Ruben, in 'Midsommar' is 'more important as a symbol, as an idea, than he even is as a character.'" she said. "It is clear that producers are not thinking critically about disability at all. We are not metaphors; we are people."

The next step? "More inclusion of disabled voices," Campbell said, "more disabled writers and actors involved, which will lead both to better representation and better storytelling, and less ableism in the industry."

While the film industry continues to reckon with representation both on camera and off, the future of the Bond franchise could be drastically changed if they choose to apply all they have been told about this trope in future films. It would be refreshing if the main antagonist didn't have a physical difference, and better yet, if 007 himself had a new look. It took 25 films for Bond to finally go blond, and that turned out just fine. It's high time that the franchise realize that someone doesn't necessarily have to look physically "perfect" to be heroic.