In "No Time to Die," Daniel Craig gets a proper, action-packed Bond send-off

At 163 minutes, Cary Joji Fukunaga's extended tribute to 007 was worth the wait after COVID release delays 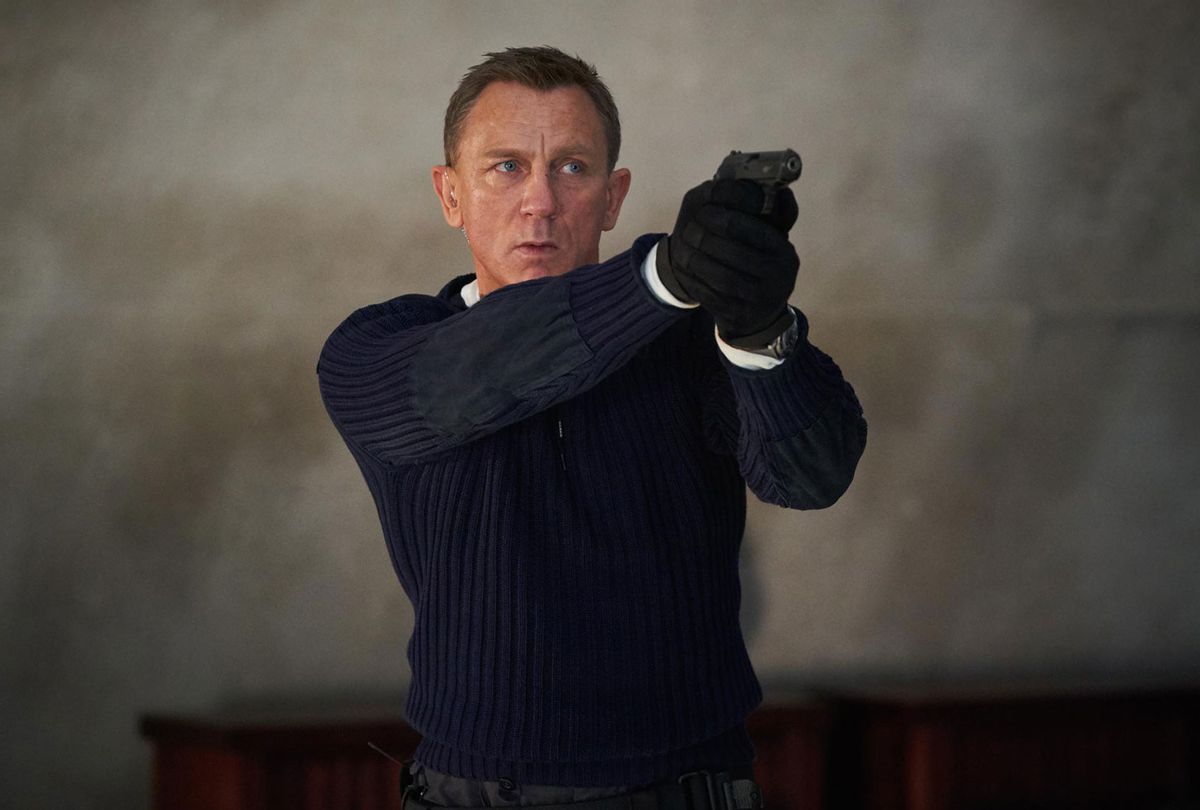 James Bond (Daniel Craig, in reportedly his last appearance in the role) is retired in "No Time to Die," the latest big-screen outing for Ian Fleming's spy. And director Cary Joji Fukunaga's film — at 163 minutes, it is the longest in the history of the franchise — wants it to be seen on the big screen.

As for whether it is worthwhile, the long and the short of it is that this entry in the series has a series of lengthy expository scenes that set up the exciting action set pieces — just like every other Bond film. However, "No Time to Die" is mostly enjoyable and never dull. Call it Craig's second-best of his five Bond films, just below "Casino Royale."

Craig is as cool as ever as Bond, and he commences with his derring-do, dispatching baddies with considerable aplomb. He is unflappable driving his souped-up Aston Martin, even when he does donuts to foil his pursuers. He can come out guns blazing to subdue those who want to kill him — although a sequence in a stairwell feels way too much like a video game. He even manages to survive a near-death experience at sea, because, well, it is No Time to Die.

Alas, Bond's punny one-liners in this adventure are kind of lame.

But back to the beginning. "No Time to Die" opens with a child-in-peril sequence. A young girl and her mother are targeted by a masked man who spares the child. Cut to Bond and Madeleine Swann (Léa Seydoux reprising her role from "Spectre") in Italy where they are having a romantic getaway. But when Bond goes to pay respects to the late Vesper Lynd, he gets wind of a double-cross and a chase sequence follows. How things end up provide the film with its pre-credit sequence. (Cue the familiar James Bond theme music and Billie Eilish's rendition of the title song.)

The intrigue continues five years later when Felix Leiter (Jeffrey Wright) contacts Bond who is enjoying his retirement to do "one last job for old time's sake." Felix and Logan Ash (Billy Magnussen), a U.S. State Department guy, need Bond to go to Cuba to get Valdo Obruchev (David Dencik) who has a DNA-targeted weapon that uses nanobots and relies on skin contact to kill.

The Cuba sequence is arguably the film's highlight. Bond meets Nomi (Lashana Lynch), who is known as 007 now that Bond has retired — they banter in a fun game of one-upmanship — and Paloma (Ana de Armas, Craig's "Knives Out" costar), who has had about three weeks of training. Paloma is fantastic, kicking ass in a dress to die for no less, and de Armas plays her as nervous and naïve, which is amusing. In contrast, Nomi is tough as nails and not to be messed with, even if Bond makes her work extra hard to prove herself worthy of the number. That Bond relies on both women to assist him in his various missions is appealing. (The series seems to have done away with the "Bond Girl" trope here, offering female action heroes of color, a nice development).

The Cuba section of the film also shows that Ernst Stavro Blofeld (Christoph Waltz, reprising the role) is still controlling things even though he is in a maximum security prison. "No Time to Die" introduces its chief villain around the halfway mark, and he is Lyutsifer Safin (Rami Malek), the masked man from the opening sequence. It would perhaps spoil a twist to reveal the connection between Safin and Blofeld, but what can be told is that Waltz plays up Blofeld's sinister nature in his one big scene (shades of "Silence of the Lambs") whereas Malek is a bland villain here. What is even more dispiriting, the Oscar-winning actor appears to be channeling Peter Lorre, even down to his accent and cadence. The biggest flaw in "No Time to Die" is not that Safin has only a few scenes, but that he is not very menacing when he is onscreen. (Malek's Safin could rate as the blandest Bond villain).

Thankfully, there are other pleasures. An enjoyable sequence had Bond, well, bonding with Moneypenny (Naomie Harris) and Q (Ben Whishaw) when he needs the later to crack a flash drive he pocketed in Cuba. There is also some tension between Bond and M (Ralph Fiennes) which provides the film with a kind of moral undergirding. Granted, "No Time to Die" is jerry-rigged to be pure escapism — it is certainly not deep — but it is nice that M grapples with some weighty decisions, which include the possible start of international warfare.

Fukunaga nimbly keeps all the elements in play. There are picturesque locations (Italy!), there are some breathtaking aerial stunts(!), and there are some clever gadgets (Bond's watch!). Only the film's extended finale, which takes place on a disputed island between Japan and Russia, feels stretched out.

But overall this Bond delivers what fans have come to expect from a 007 film, no more, no less.

"No Time to Die" is only in theaters beginning Friday, Oct. 8.