The real horror of the "Midsommar" ending 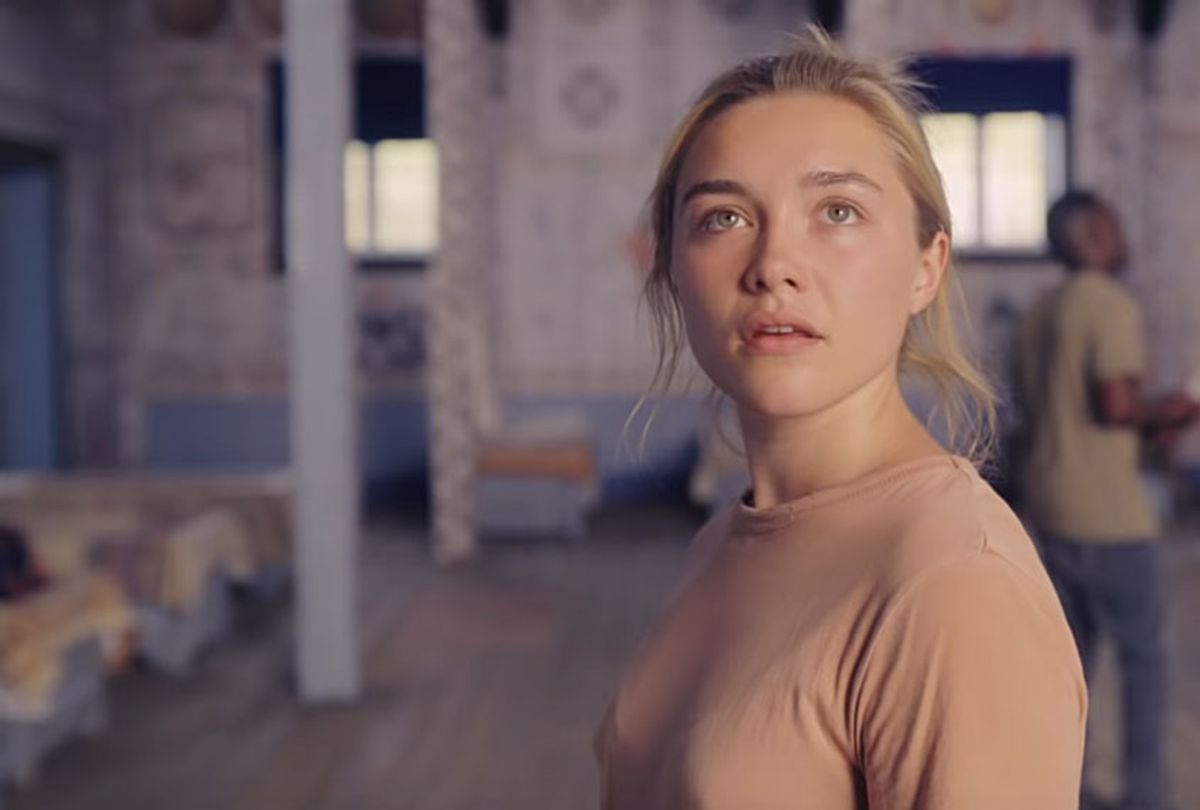 Spoilers ahead! The following article reveals major plot points from the film "Midsommar."

"Midsommar" isn't just a great horror movie, or proof that director Ari Aster is a budding auteur who likely has a bright future ahead of him. It is also one of the best movies ever made about living with mental illness.

This isn't mere subtext; it is front and center throughout the entire plot. When the audience is first introduced to protagonist Dani Ardor (Florence Pugh), she is taking Ativan to treat an anxiety condition so severe that her boyfriend Christian Hughes (Jack Reynor) is emotionally exhausted and his friends Josh (William Jackson Harper), Mark (Will Poulter) and Pelle (Vilhelm Blomgren) are urging him to dump her. While he seems ready to do so, he also feels guilt-tripped into staying after Dani's sister and parents die in a murder-suicide. While Dani's mental health problems had already been established as pretty severe, the trauma of this turn of events makes them exponentially worse.

There is a moment in these early scenes that sets the thematic tone of the movie that follows. When Christian picks up his phone and first learns about the family deaths from Dani, she is unable to use words to communicate what has happened. Instead she wails, over and over again, to Christian's exasperated consternation. The scene could have been employed as a dark joke — Christian and his friends had just discussed how it seemed like one crisis after another with Dani, and here we go again  — but it actually foreshadows the payoff of the movie's premise. When Dani joins Christian and his friends on a trip to Sweden's Hälsingland — ostensibly taken so that Josh can write his thesis about a cult that lives there — the horror sets in as most of the characters must try to survive the cult's various evil rituals.

I say "most of the characters must try to survive" the cult because, for Dani, the challenge isn't not to be killed by the cult but rather not to be sucked in by its false promise of family and comfort.

While Dani is initially as horrified by the cult's actions as Christian and his friends, she is gradually lured in by them because the normal world she has left isn't exactly an appealing alternative. It isn't simply that Christian treats her struggles with anxiety, depression, trauma and various mood disorders as a burden; his friends do as well, alternating between passive-aggressively faking nice around her and secretly urging Christian to cut her loose. Aside from being selfish and cruel, it's also ironic, considering that few people are actually as stable as they'd like to depict themselves as being. Christian, for example, may claim to be a normal, competent guy, but his inability to overcome his insecurities and come up with a suitable topic for his graduate thesis partially animates the plot and eventually causes him to rationalize betraying one of his friends, suggesting that neither his conscience nor his mental health are quite as up to par as he'd like to believe.

At the same time, "Midsommar" does not completely dismiss the point of view of Christian and his friends. While Dani is blameless for her mental health problems and the trauma she's undergoing, Christian isn't exactly a monster for the way he responds to her. He clearly does feel sorry for her and has enough guilt over his emotionally distant behavior that he invites her on his trip to Sweden (ill-advisedly, as it later turns out). It isn't unreasonable for someone to think that a romantic relationship isn't working if it demands more energy from them than they have to give, and the point here should not be that people who are trapped in one-sided relationships should stay in them against their will. The deeper point that Aster makes, it seems, is that everyone has emotional needs, but people with mental illnesses may have a more difficult time seeing them fulfilled. When the cult manages to successfully seduce Dani, it's because they offer her the ability to feel "held" and "at home" in a way that the rest of the world simply refuses to do.

The fatal sin committed by Christian and his friends isn't that they think this romantic relationship isn't working — they're right about that. It's that they have a choice to extend empathy to someone who needs it, but decide that because she isn't easy to be with she isn't worth the time. The price they pay is that they find themselves surrounded by others who also decide that their lives aren't worth caring about — quite literally.

These are heady concepts for any film to tackle, but "Midsommar" is a masterpiece because it does so through a brilliantly executed folk horror premise (as Aster said in one interview, "it’s a breakup movie dressed in the clothes of a folk horror film.") This is a conceptual, highly visceral experience, from the graphic gore — which the camera lingers on long enough to be unsettling but without ever feeling exploitative — to the creepy tone, which relies on seeming innocuous even as something ominous lurks beneath the surface. Visually the movie harkens back to other folk horror entries, most notably Robin Hardy's 1973 classic "The Wicker Man," with bright colors and a pastoral setting cleverly juxtaposed against the sinister activities. Aster also makes liberal use of psychedelic visuals, with mind-altering drugs playing a key role in the plot and trippy imagery accentuating the movie's scariest visual moments.

"Midsommar" deserves to be favorably compared to other recent blockbuster movies that have attempted to tackle mental health issues. In 2017 M. Night Shyamalan released "Split," which worked exceptionally well as a horror movie but was extremely problematic in its depiction of mental illness. In that movie, James McAvoy played a man whose dissociative identity disorder literally turns him into a monster, and because his mental illness formed the foundation of the story's premise, it became impossible to appreciate the film's artistic merits independently from its offensive underlying concept. The following year, "The Predator" made the odd choice to include an autistic character whose condition made him a prized commodity among the titular alien species. The idea was intended to be flattering — autism as the next stage in human evolution, that sort of thing — but turning autistic people into MacGuffins was at best a lazy gimmick and at worst the definition of objectification.

These are two very different types of movies than "Midsommar," but they warrant inclusion here because they illustrate precisely how "Midsommar" gets this issue right where so many other genre movies get it wrong. Dani's mental health struggles aren't used to demonize her, as happened in "Split," and they aren't used as a cheap plot device, as happened in "The Predator." Aster crafted a thoughtful exploration of the strain mental illness can put on individuals and their intimates within the confines of its very specific sub-genre, and because both the genre tropes and the deeper human themes are executed skillfully, the movie comes across as profound when it lesser hands it would have been stupid or tasteless.

I'd be remiss if I didn't mention that there has been a controversy over the character Ruben, a character born of incest whose presence in the movie has been criticized as ableist and even eugenicist. I personally did not see it that way at all: Not only is Ruben a very minor character in the film, but his presence is clearly explained as the result of the cult having an inbreeding problem. While he is objectified and, by Aster's own admission, treated "more as a symbol, as an idea, than he is even as a character," he isn't depicted as a monster or a freak. He is simply one more victim of the cult, a plot point which, if anything, illustrates how the cult is able to weaponize the concept of empathy in order to create an insular community of evil.

And this brings me to the cautionary aspect of "Midsommar." Its warning to audiences is a bleak one, but instructive nonetheless: While the rest of the world may be cruelly indifferent to your needs, this doesn't mean that those who claim to offer an easy way out are any better. Dani may seem to have "won" at the end — she has been anointed May Queen, is the lone survivor from her group and has a satisfied smile on her face — but in the grand scheme of things she hasn't really triumphed. The rest of her life is going to be spent as part of a stultifying cult, she has to live with having brutally murdered a man who for all of his faults did not deserve to die, and she has merely traded the coldness of her previous life for a tyrannical alternative that will doom her to die when she is 72. Perhaps that is the most horrifying idea of all embedded in "Midsommar" — that there are no positive outcomes, no worthwhile solutions, only more problems and more pain no matter which way you turn. Dani may have technically survived, but only at a grave cost.