Drugs overdoses have hit an all-time record — and federal funding isn't getting where it should. Here's why 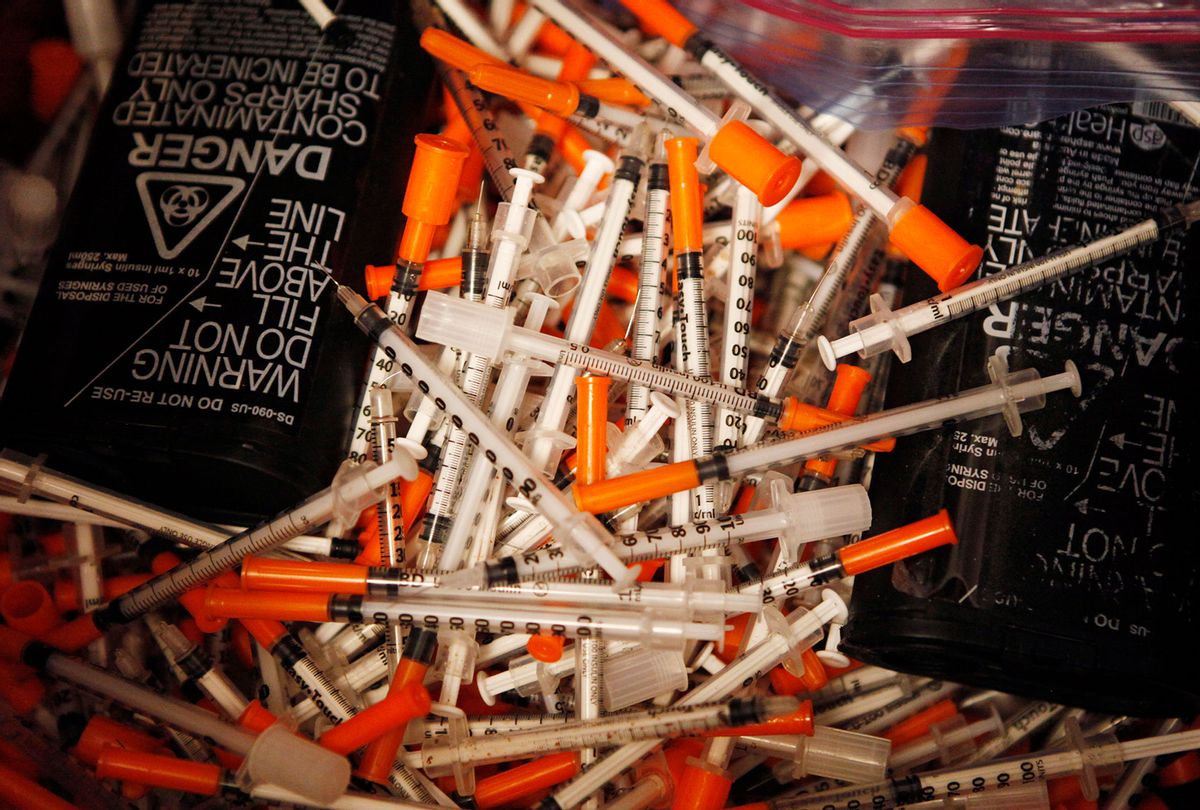 While Americans were paralyzed by the global pandemic, a second killer was quietly taking lives: drug overdose. In the 12-month period ending March 2021, overdose rates in the United States hit an all-time record. As a person in recovery from opioid addiction who works with some of our most vulnerable at risk of an overdose, I constantly ask myself: how did we get to this point? Over the past year, I've buried a half dozen people close to me who died a preventable death. I didn't need to see the headlines to know that we're hitting another grim milestone.

Even people without a history of addiction are now at risk. The DEA recently warned of a rise in overdose deaths related to fentanyl-laced fake prescription drugs. Fentanyl is becoming a near-universal additive in many illicit substances, making test kits and overdose-reversing medications like naloxone as necessary as seatbelts in a car.

Without these safeguards, people die. New data shows that 96,779 people lost their lives to overdoses between March 2020 and March 2021. The CDC projects that the death toll increased 29.6% — though that is an estimate until more data arrives. Confirming drug overdose as the cause of death requires a "lengthy investigation" to be recorded, so the real number could surpass 100,000 deaths.

The recovery community and people who use drugs, in particular, have been decimated by the pandemic and its social and economic effects. Job uncertainty, isolation, and grief have affected all of us. Yet marginalized populations who already contend with complex mental health issues face higher risks than those who don't.

Despite new federal funds and forthcoming dollars from opioid litigation, overdose deaths have continued unabated. In May, the Substance Abuse and Mental Health Services Administration (SAMHSA) announced it would be distributing $3 billion in American Rescue Plan funding — "the largest aggregate amount of funding to date for its mental health and substance use block grant programs." Yet, the death toll is still breaking records since that announcement.

On October 27th, Health and Human Services Secretary Xavier Becerra announced the release of a new, comprehensive Overdose Prevention Strategy. For those of us on the frontlines, the strategy is a welcomed approach: adding harm reduction and recovery support services to complement treatment and prevention as key tools to combat the crisis. The only issue with the strategy is it comes with no new funding attached to it. Funding for these strategies will have to come from President Biden's already proposed 2022 budget — calling for $11.2 billion to be spent across HHS drug-related programs.

Funding forthcoming from the multidistrict opioid litigation (MDL) with pharmaceutical giants could make a dent in these overdose numbers, if it were made available immediately. Johnson & Johnson is projected to pay up to $5 billion, and AmerisourceBergen and Cardinal Health are each contributing $6.4 billion. McKesson is predicted to pay $7.9 billion. It sounds like a lot, but only 70% of that money will be used for abatement, such as providing naloxone, treatment, supportive services, and public education. To add insult to injury, the payments will be made over the course of 18 years, not in one lump sum. This is not enough.

In 2019, public health, drug policy and recovery advocates called for a minimum $100 billion, decade-long strategy at $10 billion per year to fight the overdose crisis. Then as now, experts said we needed more—and we needed public health experts and people with lived experience at the decision table, not just state attorneys general and elected officials.

This statistic is striking: for every 8 COVID deaths in the United States, there is at least 1 overdose death. However, Congress has spent nearly 700 times as much on combating the COVID crisis as they have the overdose crisis. While flattening the curb on COVID is a priority, the federal investment into local communities on the issue shows that the same can be done with overdose deaths. Compared with the trillions spent on curbing COVID-19, developing a vaccine, and rolling out safeguards to our communities, a decade-long strategy at $10 billion per year is a small amount. Yet, when COVID-19 is a thing of the past, people will still be dying of overdoses. And the resources they need could be out of reach, inaccessible, and severely privileged.

One hundred percent of the multidistrict litigation settlement — and much more — should be dedicated to fighting overdoses. However, it's a problem that will take more than money to solve. Many view the opioid litigation abatement plans as putting more money into a failed system, when we should really be reimagining a new system that will ultimately lead to reduced overdose death. What should we be doing instead?

We must decriminalize addiction and drug use through diversion, treatment, and re-entry programs. An unjust criminal justice system translates to an unjust health care system: 85% of the prison population has an active substance use disorder or were incarcerated for a crime involving drugs or drug use.

We need a minimum 10-year, $100 billion grant program to local communities to improve their mental health and addiction services infrastructure. Local communities and public health professionals should be making these decisions. They should be deciding on how to disburse funds and implement localized policies for the care people require, not the federal government—and certainly not law enforcement, including attorneys general.

We need a massive expansion of fentanyl testing in place, similar to our COVID testing infrastructure, to curb fentanyl overdoses. Fentanyl is far more potent than heroin — about 100 times so — which in turn makes it more deadly than other opioids. Since it has similar effects, it is often mixed in with other opioids or passed off as other substances. Fortunately, fentanyl test strips are inexpensive, empowering, and effective: a 2018 study showed that drug users who used the strips made a positive change in overdose risk behavior. More than 60% of overdose deaths are now fentanyl-related, making testing essential to saving lives.

We need to expand Medicaid coverage in all states, immediately. There is compelling evidence that people who live in states that have expanded Medicaid have experienced improved physical and mental health outcomes—which is good for all of us.

And we need a robust peer recovery workforce in place, with peers working in hospital rooms and community settings. This would help close the massive 90% treatment gap that has remained stagnant for decades. We need to look beyond the traditional treatment model in America and start meeting people where they are at. Core competencies like person-centered, voluntary, trauma-informed care are proven to have overwhelmingly beneficial, life-changing results.

Spending more money on policies and programs that don't work is a waste of time and puts lives at risk. Whether this money comes from federal and state grants or opioid litigation abatement funding, it's not working. They say that insanity is doing the same thing over and over and expecting different results. We need to break away from the absurd cycle of mis-spending funding, slashing lifesaving programs, undermining public health experts and resources, and then blaming people for dying. The answer is reimagining and rebuilding the failed system that has led to the historic high of 96,779 preventable overdose deaths.

Stopping overdoses can only happen if we engage local communities and health professionals in these critical decisions—and listen to them. If we want to stop this madness, we need to take our healthcare decisions out of the bureaucracy of government and into community settings, where people know they're welcome, supported, and respected. Reimagining our drug policy and how we deliver services to individuals with addiction, and funding them appropriately, is the only way to turn the tables on the troubling upward trend of the American overdose crisis.