"It is over": Chris Christie tells GOP donors to move on from Trump's election lies

"They want someone to fight for them. But they want them to fight in a way that doesn't hurt their ears" 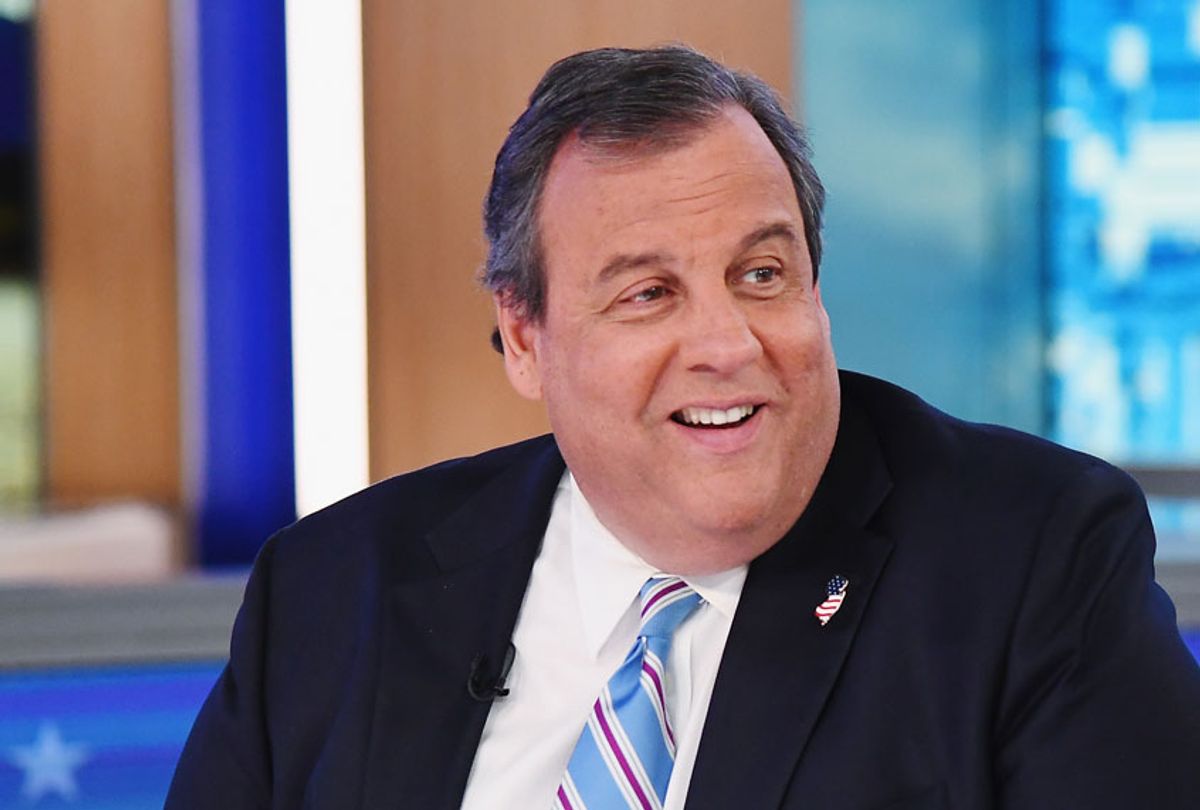 Former Republican New Jersey Gov. Chris Christie had some choice words for Donald Trump and the rest of his party's election conspiracy dead-enders this weekend, telling donors during a speech that Tuesday's better-than-expected election results showed definitively that it was time to move on from the past.

He made the comments at the Republican Jewish Coalition conference in Las Vegas, an influential gathering of some of the biggest GOP donors, according to CNN.

"We can no longer talk about the past and the past elections -- no matter where you stand on that issue, no matter where you stand, it is over," Christie said. "Every minute that we spend talking about 2020 -- while we're wasting time doing that, Joe Biden, Kamala Harris, Nancy Pelosi and Chuck Schumer are laying ruin to this country. We better focus on that and take our eyes off the rearview mirror and start looking through the windshield again."

Christie argued at length that the reason for Virginia Gov.-elect Glenn Youngkin's victory — and a close defeat for Republican nominee Jack Ciattarelli in his hime state of New Jersey — was their decision to hold Trump at arms length for the majority of the campaign.

"People want us to be direct with them. They want someone to fight for them. But they want them to fight in a way that doesn't hurt their ears," Christie said. "We have to speak to their dreams, their hopes, their aspirations for the future. If we don't do that, then we won't once again win back the votes that we began to win back in Virginia and New Jersey last Tuesday night."

In a subsequent interview with CNN, Christie also teased his own 2024 presidential ambitions, telling reporters that he plans to make his decision about whether to run after the 2022 midterms.

Unlike many of his colleagues, however, he refused to promise that he would step aside if Trump tried to run again.

"Absolutely not. My decision will never be based on anybody else's candidacy," Christie said. "It will be based on whether I believe I have the talent, the skill and the ability to be able to win."