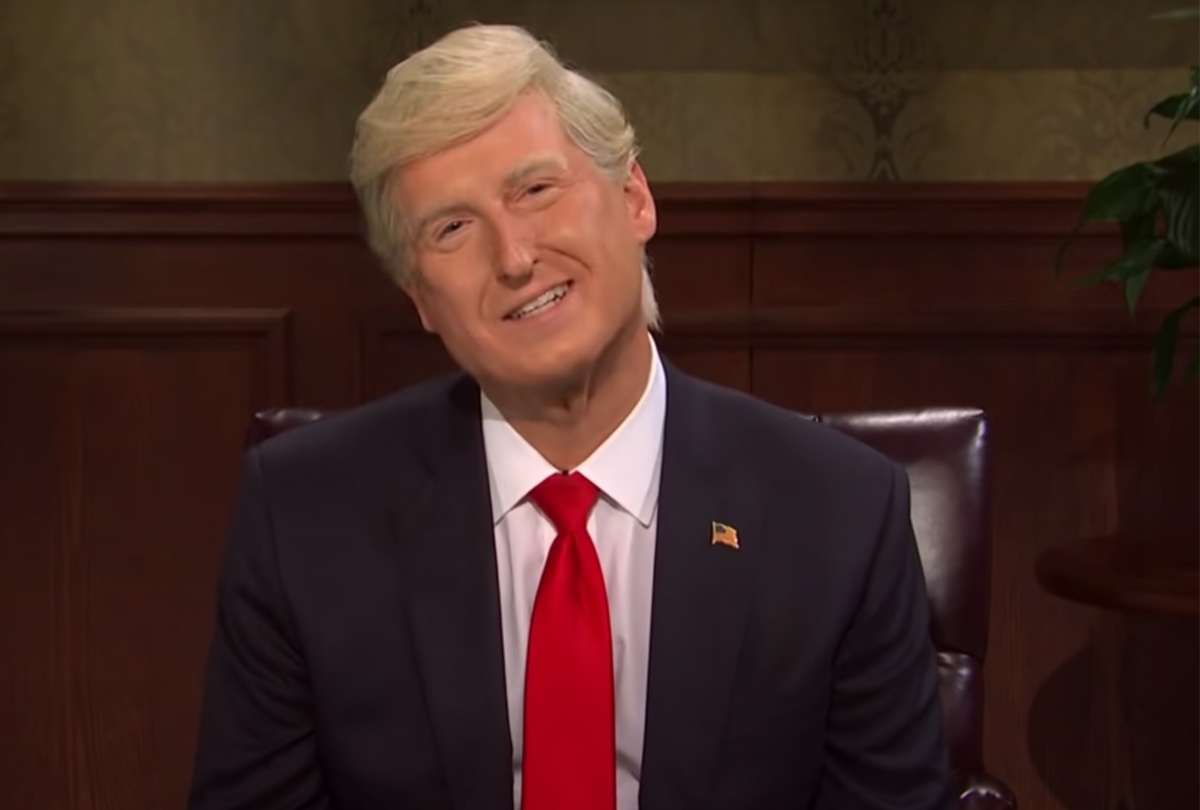 This time, it's new cast member James Austin Johnson taking the reins after his much-lauded impersonation of the ex-commander-in-chief went viral several times on Twitter.

For his first go-around, Johnson stole the segment, appearing as Trump alongside Cecily Strong, playing the role of Fox News host Jeanine Pirro as she hosted her show, "Justice with Judge Jeanine."

The wide-ranging cold open started with an appearance from Green Bay Packers quarterback Aaron Rodgers, played by Pete Davidson, as he attempts to navigate his recent "cancellation" for not getting vaccinated and then misleading the public about his status.

"It's my body and my COVID," Davidson says, "And I can give it to whoever I want."

Virginia governor-elect Glenn Youngkin, played by Alex Moffat, then takes the hot seat. Pirro asks what "critical race theory" is — something Youngkin says doesn't matter. "It's what got me elected."

"I'm so grateful to parents like Helen who helped me win in Virginia without the help of Donald Trump," Youngkin adds, making light of the fact that he tried for months to distance himself from the former president.

"Funny you should mention him," Pirro interjects, "Because he's been watching and he just asked to join us."

Johnson, as Trump, goes on to congratulate himself for Tuesday's victory, saying "we did it together" — a comment that appears to make Youngkin squirm.

"Oh, you don't have to say that," the newly elected Virginia governor says.

From there, the former president goes on several seemingly unrelated rants about Chris Pratt playing the Nintendo character Mario, Dune, Santa Claus and Game of Thrones, among other things.