Opinion: What LeBron James gets wrong about vaccine activism

Vaccination isn’t just about individual health. For many communities of color, it’s a matter of social justice 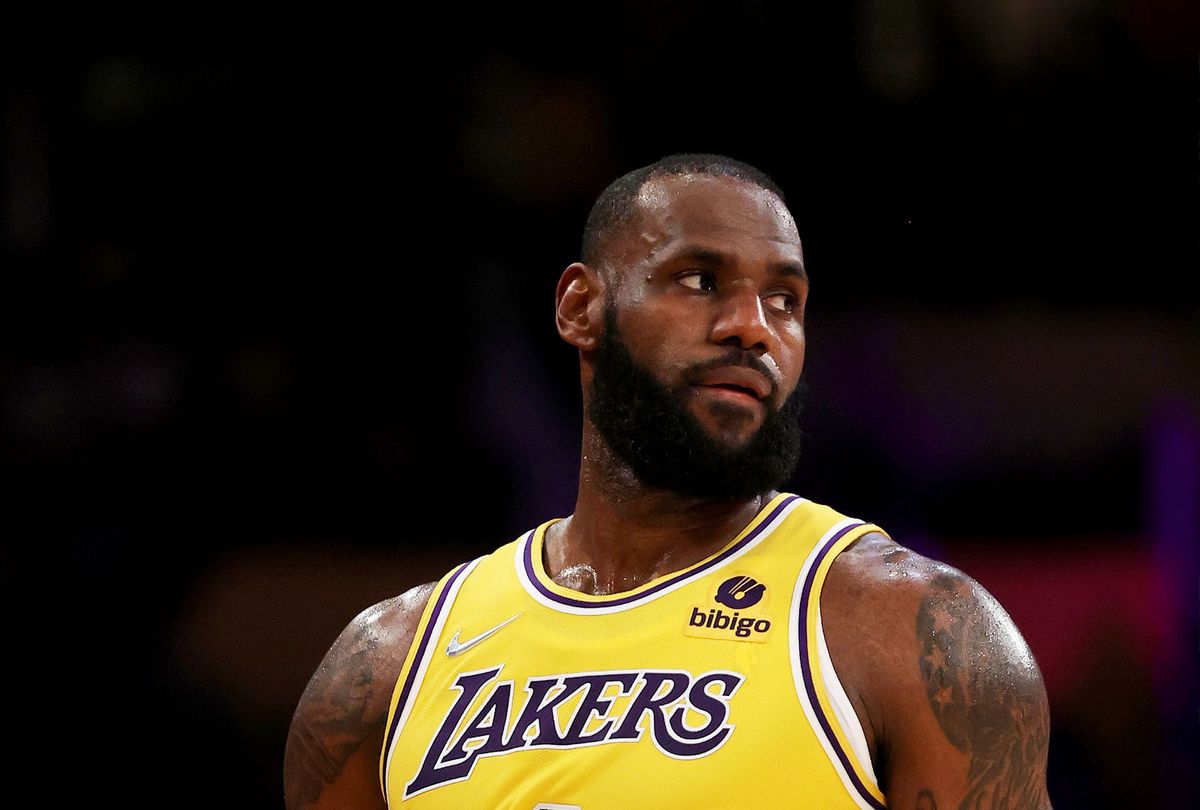 A few weeks ago — almost five months after he first Euro-stepped reporters' questions about his vaccination status — NBA megastar LeBron James announced that he has indeed been vaccinated against COVID-19. In explaining the decision, he said he chose to protect himself and those around him, but also that he would not use his platform to encourage others to get vaccinated. "We're talking about individuals' bodies," he said. "Not something political or racism or police brutality or things of that nature."

His stance is a familiar one. When my Aunt Deb got vaccinated, I had hoped she would share a vaccine selfie in our family group chat, to encourage other family members to do the same. As a resident physician in internal medicine, focused on primary care for marginalized individuals, I know that social cues from trusted family members can be critical in breaking down vaccine hesitancy. When I pressed my aunt about it, however, she refused and I recall her saying, "Look, it's an individual decision. Let people make their choice."

But two things can be true: Getting vaccinated is both an individual and a collective decision. And LeBron James, with his outsized influence, should not only acknowledge the complete reality but take it a step further and encourage those who will listen to him to get vaccinated.

It is tempting to treat vaccination as solely a private matter. All of us who opt for it subject our deltoid muscles to some trauma, and some of us must endure a day or two of fever, chills, and night sweats. Few public policy measures are felt more viscerally by everyone who abides by them. But the benefits of vaccines vastly outweigh the drawbacks and go beyond personal protection. Because vaccines help break the chain of infection, we all stand to gain when people around us are vaccinated. The concept of herd immunity crystalizes this idea: When enough people in a community are immune to a pathogen, it has so few places to go that it eventually peters out. Even among the vaccinated, the chances of suffering a breakthrough infection are higher in areas with low vaccination rates and high infection rates. Plus, some people have underlying conditions that prevent them from getting vaccinated — or that render the vaccine ineffective for them. They have no choice but to rely on the rest of us to protect them from the risk of infection. In other words, vaccination isn't merely about individual choice; it is also about showing solidarity with others.

And while it may not seem so on the surface, community-level vaccine uptake is no less of a social justice issue than racism, police brutality, and other political causes that James has deemed worthy of his activism. Ample evidence has highlighted how structural racism shaped the disproportionately high rates of COVID-19 infections and mortality in Black, Indigenous, and Hispanic communities, and the racial disparities in vaccine uptake during the early phases of the vaccine rollout. Lower vaccination rates among Black people may at least partly explain why Washington, D.C., for instance, saw its gap in COVID-19 infection rates between White and Black people widen dramatically last spring; Black residents went from representing 46 percent of the city's new cases in December 2020 to representing 82 percent of new cases in May 2021.

A recent study, yet to undergo peer review, assessed data for over 3 million fully vaccinated patients in the Veterans Health Administration system and found that Black and Hispanic vaccinated people were more susceptible to breakthrough infections than their White counterparts. This disparity is likely attributable to racial disparities in vaccination uptake and to our racially segregated society and social networks. In other words, the diminished returns of vaccination, too, are shaped by racism.

To be clear, celebrities don't have to address social issues when governments fall short. To borrow from James' language, they are individuals and get to use their currency how they want. But LeBron James — who has made tremendous investments in the education of inner-city children where he grew up — already understands that to whom much is given, much is expected. And although some experts disagree on the extent to which celebrity endorsements influence people's health behaviors, including COVID-19 vaccination, there's evidence that star power can make a real difference.

When Angelina Jolie announced in a 2013 New York Times essay that she'd undergone a preventive double mastectomy after screening positive for a BRCA1 mutation — a genetic condition that predisposes its female carriers to breast and ovarian cancer — she urged other women to get screened as well. A subsequent research study found that rates of screening for BRCA among women rose sharply during the weeks following the essay's publication. Beyond screening rates, rates of risk-reduction mastectomies also increased in the months that followed. Some call it the "Angelina Jolie effect." Likewise, in the wake of Tom Hanks' March 2020 announcement that he had contracted the novel coronavirus, an online survey conducted by social scientists found that fans of the actor who learned of the news became more likely to take COVID-19 safety precautions.

We can't predict yet how much of an effect James would have on vaccine uptake in the general population, should he leverage his platform to promote it. But he has a massive, loyal fanbase of more than 50 million followers on Twitter, and almost twice as many followers on Instagram. According to one poll, he is the NBA player that fans most want to hang out with. And research tells us that people who feel the most affinity to a celebrity are most likely to modify their behavior following a health announcement from that celebrity. It is not hard to envision the ripple effects that an emphatic vaccine endorsement from James would have on social media.

The choice to get vaccinated may feel like a purely personal decision. In reality, it is as much, if not more, a communal one. I think LeBron James partially recognizes this, hence his acknowledgement that he got vaccinated in part to protect his family and friends. He has shown outstanding leadership in speaking up against and investing in addressing social issues related to racial inequality. Publicly confronting low vaccine uptake would be no different. COVID-19 has taken a devastating toll on communities of color, and LeBron James has the power to help curb this horror. But only if he chooses to.

Max Jordan Nguemeni, M.D., M.S., is a resident physician in internal medicine at the Brigham and Women's Hospital in Boston, MA. He writes and hosts a podcast about health equity titled "Flip the Script" and conducts environmental health and health services research.