New York Times message to progressives, in translation: Give up on challenging corporate power

We translated the Times' baffling post-election editorial into English. Its message to Democrats didn't improve 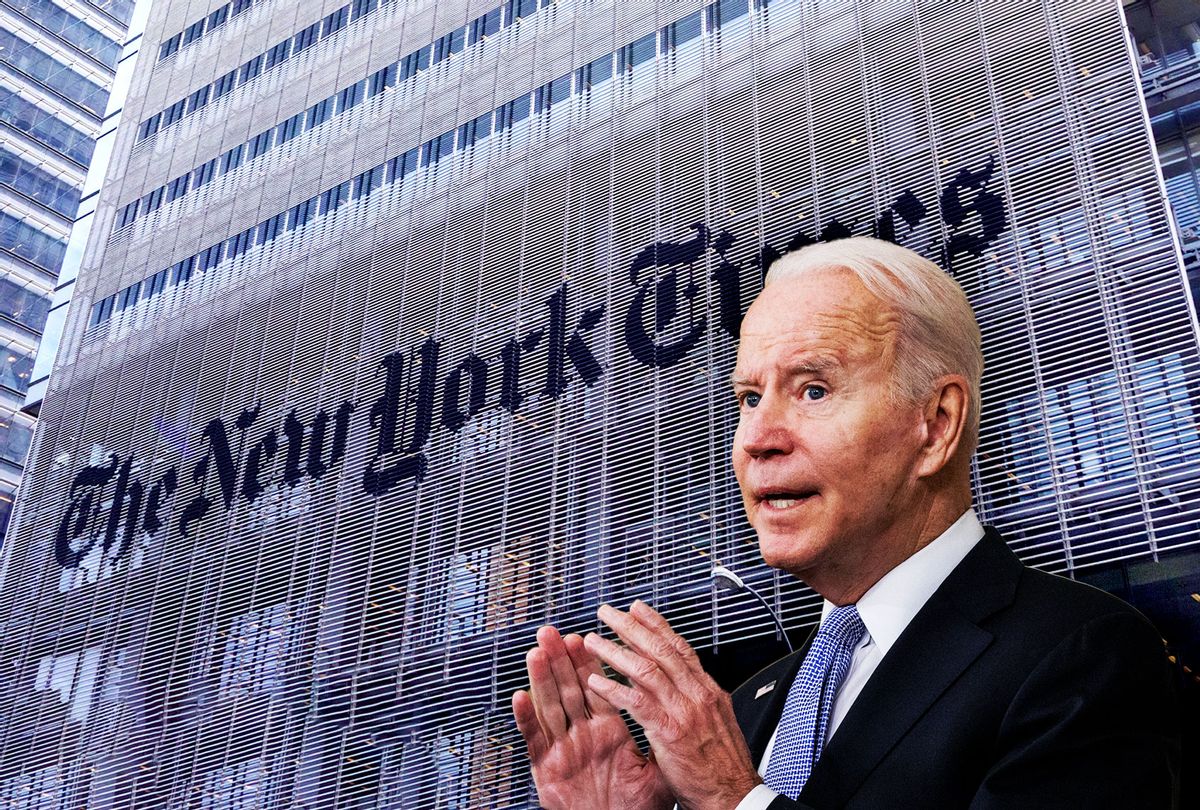 A few days after the Nov. 2 election, the New York Times published a vehement editorial calling for the Democratic Party to adopt "moderate" positions and avoid seeking "progressive policies at the expense of bipartisan ideas." It was a statement by the Times editorial board, which the newspaper describes as "a group of opinion journalists whose views are informed by expertise, research, debate and certain longstanding values."

The editorial certainly reflected "longstanding values" — since the Times has recycled them for decades in its relentless attacks on the progressive wing of the Democratic Party. Here's our attempt to translate the Times' sometimes baffling or misleading language and decode what it's really saying.

Translation: Stick to corporate-friendly policies of the sort that we applauded during 16 years of the Clinton and Obama presidencies.

Translation: The Biden administration should reach across the aisle even more solicitously to the leadership of an obstructionist, largely racist, largely climate-change-denying, Trump-cultish Republican Party.

Translation: Although poll after poll shows that nearly all elements the Build Back Better agenda are popular with the broad public — especially increased taxation on wealthy and corporate elites to pay for it — we need to characterize the plan as part of "a sharp leftward push."

Translation: While we don't object to the ongoing "rush to spend taxpayer money" on the military, and we did not editorialize against the bloated Pentagon budget, we oppose efforts to "grow the government" too much for such purposes as health care, child care, education, housing and mitigating the climate crisis.

Translation: No need to fret about the anti-democratic power of great wealth and corporate monopolies. We liked the status quo before the Trump presidency, and that's more or less what we want now.

Translation: Spanberger, a former CIA case officer and current member of the corporate-friendly Blue Dog Coalition in Congress, is our kind of Democrat.

Translation: Democrats should work to implement policies to help the American people — but not go overboard by helping them too much. We sometimes write editorials bemoaning the vast income inequality in this country, but we don't actually want the government to do much of anything to reduce it.

Translation: We editorialize about social justice, but we don't want structural changes and substantial new government policies that could bring it much closer. We editorialize about the climate crisis, but not in favor of government actions anywhere near commensurate with the crisis. Our type of tepid liberalism is an approach that won't be a bottom-line threat to the Times owners and big advertisers — and won't diminish the leverage and holdings of wealthy elites, including New York Times Company chairman A.G. Sulzberger and the company's board of directors. We want change, but not too much!

Translation: Although progressives are fighting for programs that actually do have broad public support, we'll keep on steadfastly declaring that the truth is otherwise. Progressives should simply give up and surrender to the corporate forces we like to call "moderate."

More on the post-Trump plight of the Democratic Party: