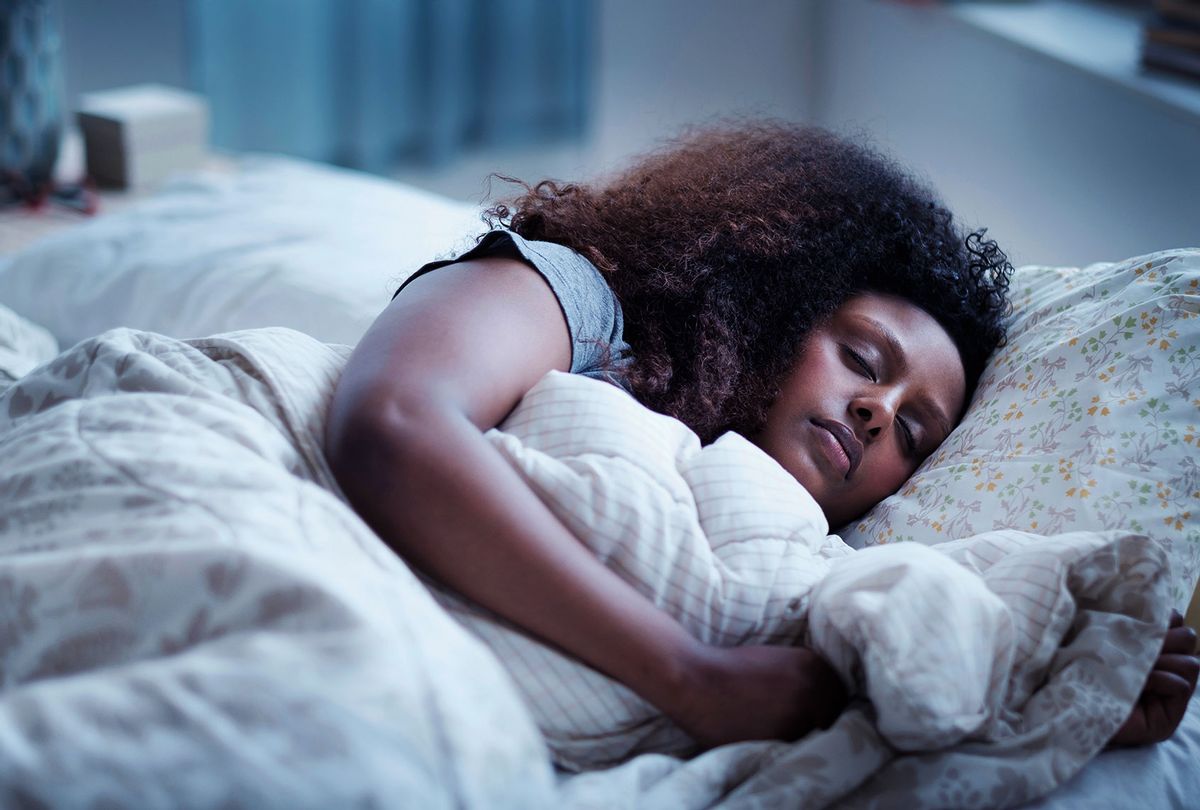 A study purporting to find the optimal hour to go to bed in order to prevent negative health outcomes is making the rounds in the media this week — and though it speaks to the relationship between good sleep and overall health, the study's volunteer composition raises questions around who has the ability to pick their precise sleep hour.

These headlines are in reference to a new study published by researchers in the European Heart Journal–Digital Health that claims to have found the optimal bedtime to maintain good heart health.

Researchers attached accelerometer devices to more than 88,000 people's wrists to monitor sleep patterns for seven days a week. The study took place between 2006 and 2010. The average age of the participant was 61 years old, but the ages ranged over from 43 to 79; 58 percent were women. The wrist accelerometer devices collected data on the sleep patterns of the participants, and health checkups and diagnoses were routinely conducted throughout the study.

"The body has a 24-hour internal clock, called circadian rhythm, that helps regulate physical and mental functioning," David Plans, one of the study's authors, said in the release. "While we cannot conclude causation from our study, the results suggest that early or late bedtimes may be more likely to disrupt the body clock, with adverse consequences for cardiovascular health."

Indeed, the study concluded there is a correlation between sleep and heart health, meaning a link, but not necessarily a causation. Further research is needed to definitively state that going to bed after midnight causes heart disease, which is the number one cause of death in the United States. Yet the authors propose there are a few possibilities as to why the two are connected.

Moreover, according to the study, women were more likely than men to have cardiovascular disease if they went to bed later.

"It may be that there is a sex difference in how the endocrine system responds to a disruption in circadian rhythm," Plans said in the release. "Alternatively, the older age of study participants could be a confounding factor since women's cardiovascular risk increases post-menopause – meaning there may be no difference in the strength of the association between women and men."

Yet one glaring weakness in the study speaks to an ongoing issue with the narrative around optimal sleep: how stress levels, socioeconomic status and race play into who gets an actual restful night's sleep. According to the study, the participants were primarily white, and a high percentage of individuals classified as coming from "higher socioeconomic backgrounds."

Good sleep is a privilege and not everyone has the ability to refine their sleep habits to improve their heart health. It is estimated more than 22 million Americans work evening, rotating, or on-call shifts.

"Overall, shift workers tend to be continually sleep-deprived,"the University of California–Los Angeles Sleep Disorders Center states. "It is very hard for night shift workers to get enough sleep during the day; they get a daily average of two to four hours less sleep than normal."

Sleep health disparities not only relate to socioeconomic status, but race. According to a study conducted by the National Sleep Foundation, Black Americans are more likely than white Americans to have insomnia, sleep apnea and daytime sleepiness. Possible contributors to sleep disparities could be shift work, occupational hazards, and racial discrimination. A separate study from 2015 found Black Americans don't spend as much time in deep, slow-wave sleep as white Americans.

"Black very short-sleepers may be at greater risk of experiencing deleterious physiologic and hormonal effects of insufficient sleep, which may predispose them to adverse cardiometabolic outcomes," the authors of that study wrote.

The most recent study acknowledges that its findings are limited when it comes to race and socioeconomic backgrounds, calling for further research.

"The [data] is predominantly White British and has an overrepresentation of individuals from higher socioeconomic backgrounds, resulting in its 'healthier and wealthier' phenomenon," the authors wrote. "This could mean that the presented findings may not generalize well to other populations, and further research in large samples more representative of the global population is required."

As headlines might suggest, going to bed during a specific hour might be good for your heart health — but there's more to good health than sleep alone.