“You’re a f---ing piece of s--- traitor. I hope you die,” one caller told Rep. Fred Upton, who supported the bill 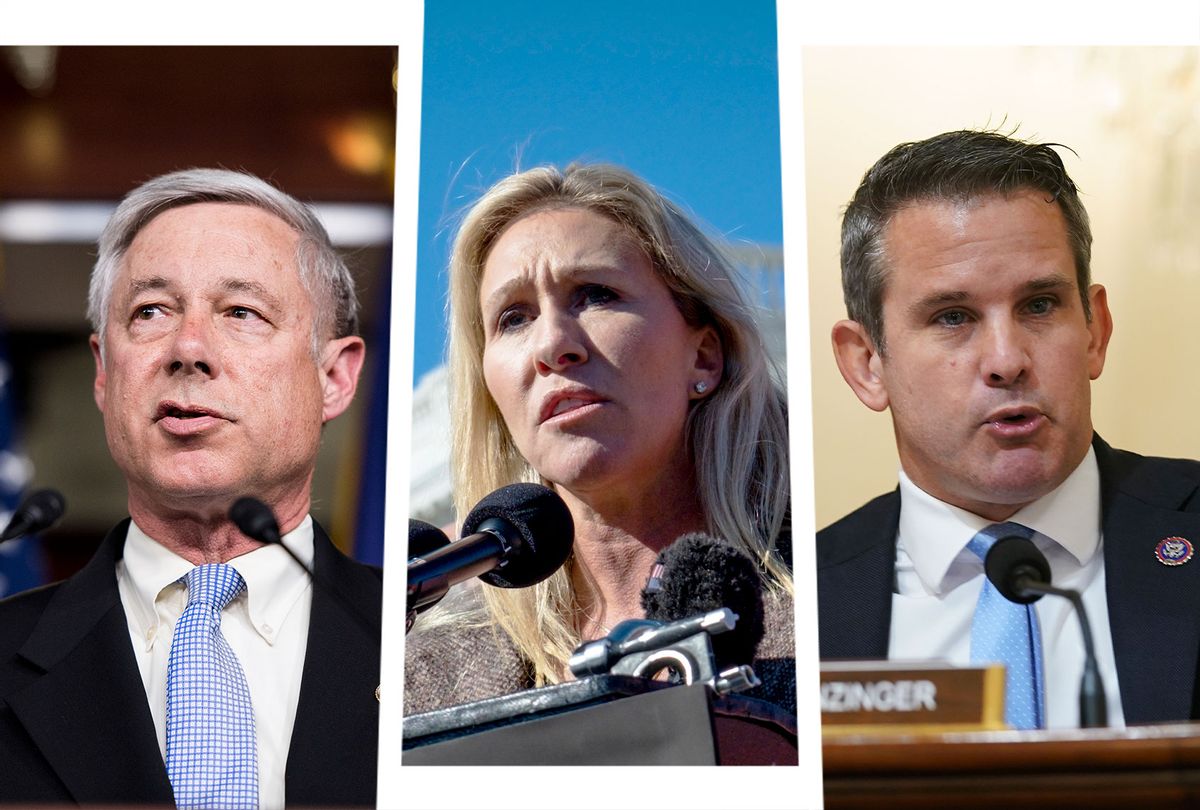 Last week, the measure – which has been significantly watered down by centrist Democrats and House Republicans over the past several months – passed along a 228-206 House vote with just 13 Republican votes, according to AP News. Immediately following the bill's passage, Greene tarred the Republican defectors as "traitors," tweeting all of their names and office telephone numbers.

Still reeling from the bill's long-awaited passage, voters are flooding the thirteen Republicans' detractors' office lines with "menacing" messages, according to The New York Times, even though polls show most Americans support the bill, regardless of their party affiliation.

Rep. Fred Upton, R-Mich., an 18-term moderate who voted for the bill, said that his office has received dozens of disturbing messages from random callers, some of which have amounted to death threats, The Washington Post reports.

"You're a f---ing piece of s--- traitor. I hope you die," one caller told him, also adding that he hopes Upton's family and his staff die.

Addressing the call on Tuesday, Upton told CNN's Anderson Cooper in a Tuesday interview: "We have seen civility really downslide here. I'm concerned about my staff. They are taking these calls."

Other lawmakers like Reps. Adam Kinzinger, R-Ill., Don Bacon, R-Neb., and Nicole Malliotakis, R-N.Y., have been similarly inundated with aggressive calls, according to the Times. Kinzinger was reportedly told to slit his wrists and "rot in hell." Another caller told Bacon's office that he hoped the congressman would slip and fall down a staircase.

In the past, infrastructure, once a relatively banal policy matter, has often been wrangled in a bipartisan manner. But now, with a politically supercharged environment following Donald Trump's presidency, Republicans who show any perceived lack of fealty to Trump make themselves vulnerable to scorched-earth attacks – both from voters and their own colleagues.

RELATED: Sorry, there is no "post-Trump" GOP — his tiny fingers have Republicans in a death grip

"When it comes to policy these days, we're basically divided into two tribes. And you stick with your tribe and you don't try to help the other tribe," Glen Bolger, a GOP pollster and strategist, told AP News.

During his time in office, Trump vowed to pass his own version of a comprehensive infrastructure package, though the bill never came to pass. On Tuesday, Trump pointed this out, taking specific aim at Senate Minority Leader Mitch McConnell, R-Ky., for apparently failing to do his bidding.

"Why is it that Old Crow Mitch McConnell voted for a terrible Democrat Socialist Infrastructure Plan, and induced others in his Party to do likewise, when he was incapable of getting a great Infrastructure Plan wanting to be put forward by me and the Republican Party?" Trump said in a statement.

"As with every GOP controversy, even one that now involves a threat to human life, Kevin McCarthy's direction is informed only by what secures him the speakership next November," David Jolly, a former Republican congressman, told NBC News. "He'll lose votes by engaging, but ultimately keep them by remaining silent."

According to AP News, the bipartisan bill – projected to add 2 million jobs annually over the next decade – will disburse $110 billion to revamp the country's highways, roads, and bridges; $39 billion for improvements in public transit; $66 billion to reduce an Amtrak backlog, $7.5 billion for electric vehicle charging infrastructure; $65 billion for expansions to broadband access; $65 billion to improve the electric grid; $25 billion for airport renovations; and $55 billion on water and wastewater services. The bill is expected to be financed in part from unspent COVID-19 relief funds and unemployment insurance.