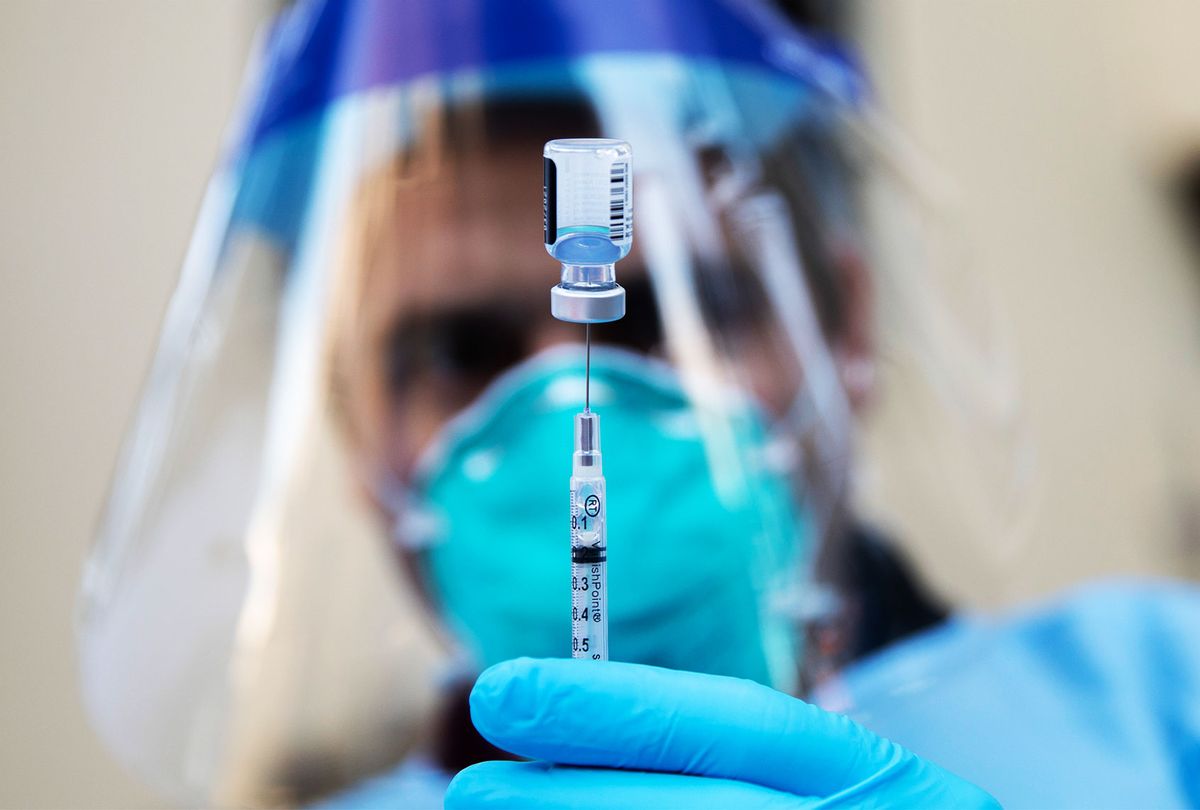 From the beginning of the COVID-19 pandemic, labor unions have been among the strongest advocates for workplace safety measures.

So it came as a surprise to many that some unions have resisted the imposition of vaccine mandates, ranging in sentiment from cautious to outright hostile. Their reactions can seem confusing because we tend to associate unions with Democrats, who, polls show, overwhelmingly support vaccine mandates. In fact, some unions, including those that represent police officers, are more supportive of Republicans.

As an expert in labor law, however, I wasn't at all surprised by these differences. Understanding a little about the purpose of unions and how they operate shows why.

Unions have to represent their members

Police unions have been most vocally opposed to vaccine mandates.

They've filed lawsuits, vowed to ignore the mandate and threatened to quit, even though COVID-19 has been the leading cause of death for police officers in 2020 and 2021.

Although it's unclear exactly how many police officers and their unions are opposing mandates, their vaccination numbers are well below the national rate for adults, and there have been very hostile objections to mandates in cities across the country. For example, the Chicago police union president urged officers to defy a vaccine mandate that he compared to a Nazi gas chamber.

It's important to understand that unions are representative organizations that rely on the support of their members, much like politicians. A union only gains a foothold at a workplace if a majority of employees want it; if the union loses that majority support, it can be kicked out.

Moreover, union leaders obtain and keep their positions through periodic elections. As a result, unions are especially sensitive to the positions of their members. And that's not only to maintain support, it's also unions' main job: representing employees.

So if a union represents workers who oppose vaccine mandates, it shouldn't come as a surprise that union leaders, who are usually former rank-and-file employees, echo the same view. This is why we see so many unions that represent law enforcement officers and firefighters, who tend to be politically conservative, oppose vaccine mandates.

Protecting the right to bargain

Yet even unions that traditionally support the Democratic Party aren't always gung-ho about mandates, especially those that are implemented without their input.

While some large unions, like the AFL-CIO and National Education Association, quickly backed vaccine mandates, others have taken a more nuanced stance. As Terri Gerstein from the Harvard Labor and Worklife Program emphasized, it's important to pay attention to exactly what these unions are doing and saying.

Many unions initially expressed caution or opposition to vaccine mandates, but that reluctance has frequently softened over time. Thus, we see some unions that have always encouraged its members to vaccinate, like the American Federation of Teachers, first oppose employer-led mandates before reversing course, all the while emphasizing the need for more discussion between workers and management.

The American Federation of Government Employees is encouraging its members to be vaccinated but has emphasized that any requirements first be "properly negotiated with our bargaining units." The Service Employees International Union also pushed for members to get the vaccine, while arguing that employers may be legally required to bargain with unions before implementing mandates.

Although these stances may seem odd, they're exactly what you should expect.

When a policy that affects workers is first proposed, unions may need some time to gauge their members' thoughts. Hence the initial hesitation. After that, however, unions focus on protecting one of their members' vital labor rights: the right to bargain.

A major reason employees want a union in the first place is get a seat at the table with their employer to hash out work conditions. Employers usually can't change work conditions on their own because they have a duty to try to work out an agreement with the union. Therefore, when the possibility of a vaccine mandate arises, a union – even one that supports the mandate – will be very careful to make sure the employer bargains before implementing it.

Although some state courts and agencies have recently determined that state and local government employers aren't required to negotiate with unions over vaccine mandates because it's an urgent health emergency, it's still an open question in the private sector. As a result, a union's failure to at least push for the right to bargain over a mandate would be giving up one of its most powerful rights without a fight.

Ironing out the details

But even when its members generally support a mandate and an employer is allowed to impose one, a union may still have an incentive to avoid publicly supporting the mandate. That's because it will still want to reserve the right to bargain over the mandate's implementation.

The duty to bargain includes not only the adoption of a rule but also negotiations over how the rule is implemented.

For instance, Tyson Foods and its unions agreed to a mandate that included incentives for vaccinations, such as paid leave.

And the U.S. Postal Service and its unions are negotiating how to address the new rule that obligates employers with 100 or more employees to either require workers be vaccinated or take regular COVID-19 tests. Terms include deadlines for compliance, whether the Postal Service will provide on-site testing or vaccinations, and how employees who don't comply will be disciplined.

Questions over whether disciplinary action can be challenged recently led an Illinois court to temporarily prevent Chicago from enforcing its vaccination requirement for police officers. The delay was needed, according to the court, to allow unvaccinated officers time to challenge suspensions through the arbitration process that was part of their union's contract with the city.

A lot is at stake in these post-mandate negotiations, as Kyrie Irving of the NBA's Brooklyn Nets can attest.

[Over 115,000 readers rely on The Conversation's newsletter to understand the world. Sign up today.]

Irving's unvaccinated status means that he's unable to play in his team's arena because of New York City's vaccine rules. The NBA has said that players who can't play because of a vaccine mandate will be fined. That's a position that the players union initially opposed but, after discussions with the league, ultimately agreed was allowable under the contract. The result is that Irving is set to lose over US$15 million.

Most employees, of course, have nowhere near as much money at stake. However, their interest in having their union involved with decisions over how a vaccine mandate will be implemented is just as great. And this helps explain why unions will be hesitant to publicly support a mandate until they can iron out all these details.