Trump plans to sell his D.C. hotel to Hilton after losing millions

The property has been struggling to generate a profit for years 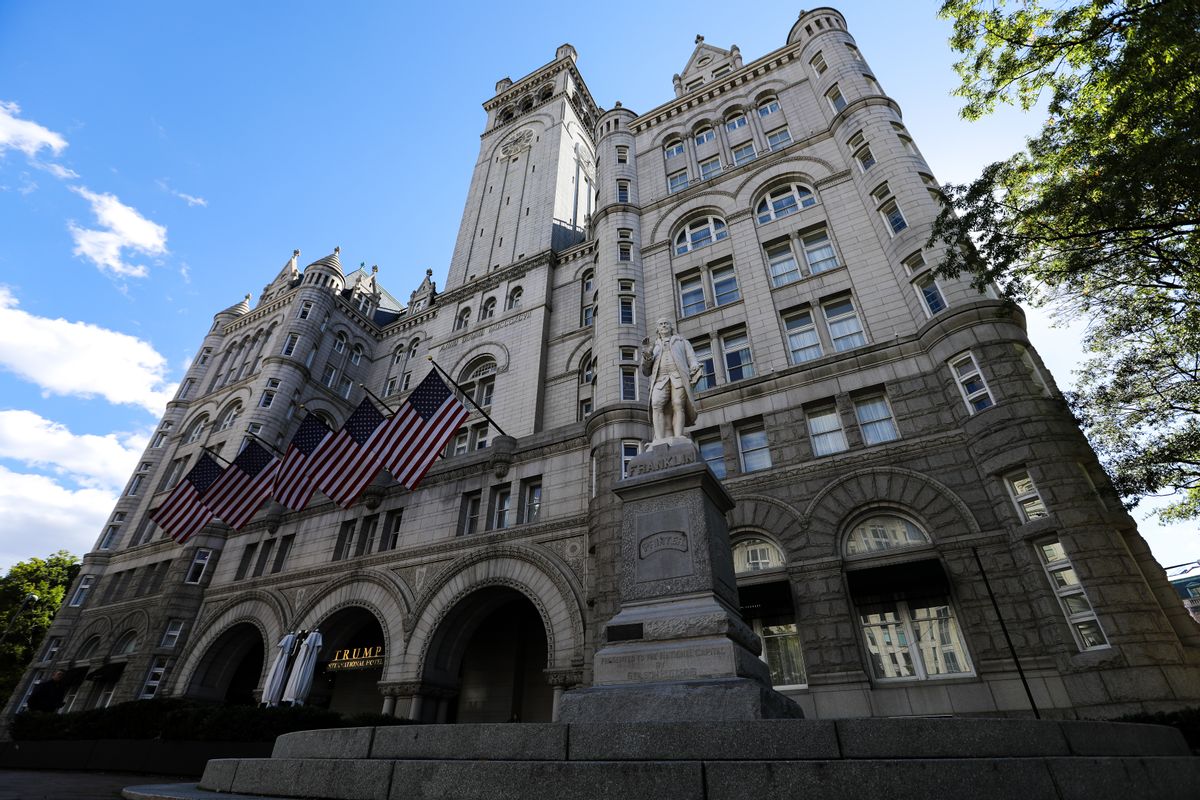 Former President Donald Trump has a $170 million bank loan coming due in 2024 from Deutsche Bank for his Washington, D.C. property. But according to the Wall Street Journal, Trump has found a way out. He's selling it to Hilton.

Trump leased the hotel for $250,000 a month for the next 60 years, but that lease will be broken with the agreement to fork over the property after years of profit losses.

While the Wall Street Journal reported that the hotel generated $150 million in revenue over the four years of Trump's presidency, it doesn't appear that revenue was enough to cover the operations and interest payments on the Deutsche Bank loan.

According to Forbes, "the property has been struggling to make money for years. Operating profits (measured as earnings before interest, taxes, depreciation and amortization) for the 12 months ending Aug. 31, 2017, appeared to be negative $4.3 million, according to an analysis of the financial documents released by the House Committee on Oversight and Reform. The next year, things improved, but the Trumps still only squeezed out $900,000 of operating profits on $52.3 million in revenue, and they lost money after paying interest on their debt. A year after that, the property bled more, $2.1 million on an operating basis. Things got worse when Covid struck. In the year that ended Aug. 31, 2020, the hotel produced an operating loss of $8.6 million. There are a lot of ways to lose money every year that don't require investing $370 million upfront."

A report Washington Post reporter David Fahrenthold last week revealed that the D.C. hotel isn't Trump's only problem. Many of his properties are hemorrhaging money.

"It was losing millions and millions of dollars," Fahrenthold told the Post Reports podcast on Wednesday. "I think they recognize that you cannot make it in Washington, especially with as expensive a hotel as that is, as big of a loan as that hotel has, you can't make it on one slice of the pie. You can't make it just on Republicans."

"It's not enough," he said. "To make that kind of hotel at that luxury level work in Washington, you need everybody. You need embassies and you need conventions. You can't have a polarized audience. So that's them admitting, we can't make this work. ... It's the kind of place that could do really well — it's got a great location — but not (with the) Trump (name).'"