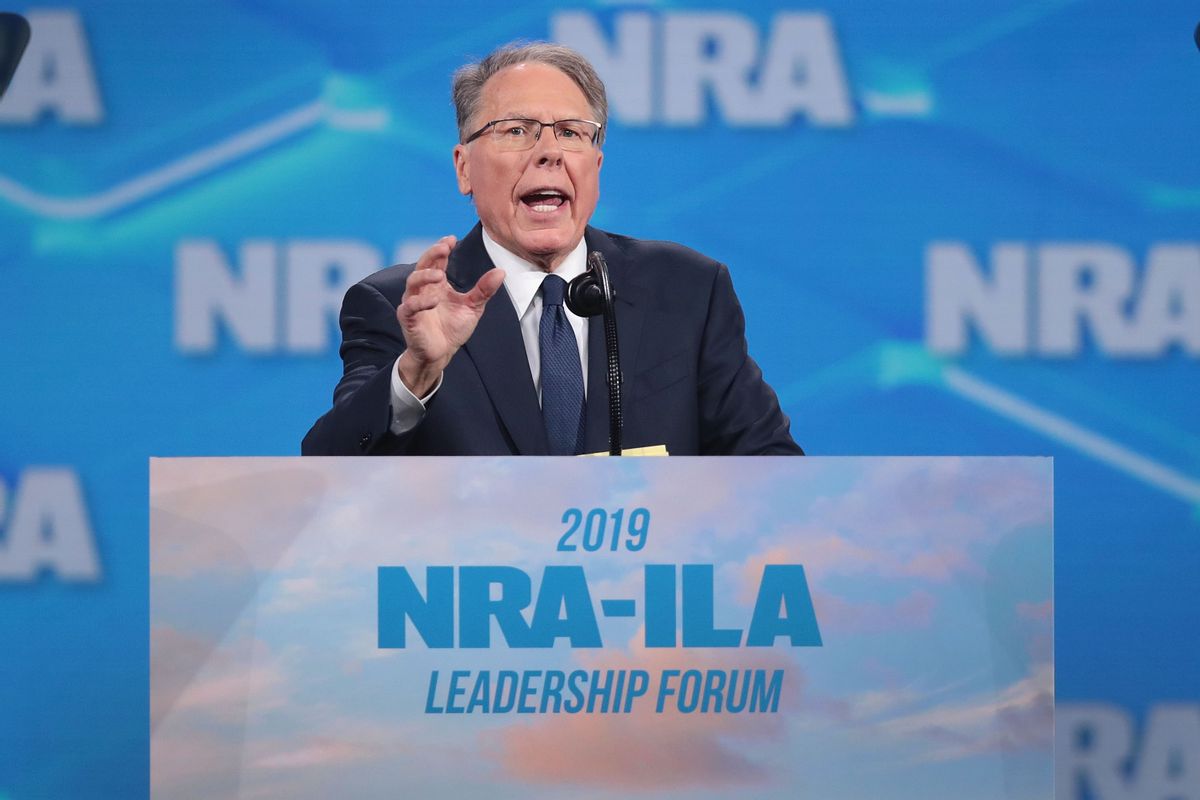 NPR.org has reportedly obtained more than 2.5 hours' worth of audio conversations of the previously taped deliberations following the mass shooting and managed to confirm the identities of some of the individuals on the call. On the day of the shooting, the NRA's top officials including "executives, lobbyists, and public relations strategists" quickly scrambled to determine how to deal with the highly publicized crisis.

NRA strategists appeared to struggle as they worked to come up with an approach to the horrific ordeal. NPR notes that the strategists "sounded shaken and panicked as they pondered their next step into what would become an era of routine and horrific mass school shootings."

During those private discussions, they also mulled over a number of ways to approach the situation differently as opposed to taking the same inflexible stance it had taken in the past.

"Everything we do here has a downside," NRA official Kayne Robinson said on the tapes. "Don't anybody kid yourself about this great macho thing of going down there and showing our chest and showing how damn tough we are. ... We are in deep s*** on this deal. ... And so anything we do here is going to be a matter of trying to decide the best of a whole bunch of very, very bad choices."

At the time, the 1999 shooting was deemed the worst mass shooting to take place at a United States school since the 1960s. NRA lobbyist Jim Baker on the conference call.

NPR also highlighted other key details from the calls. "In addition to mapping out their national strategy, NRA leaders can also be heard describing the organization's more activist members in surprisingly harsh terms, deriding them as 'hillbillies' and 'fruitcakes' who might go off-script after Columbine and embarrass them."

"I got to tell you, we got to think this thing through, because if we tuck tail and run, we're going to be accepting responsibility for what happened out there," said NRA official Jim Land.

"That's one very good argument, Jim," Makris replied. "On the other side, if you don't appear to be deferential in honoring the dead, you end up being a tremendous s***head who wouldn't tuck tail and run, you know? So it's a double-edged sword."