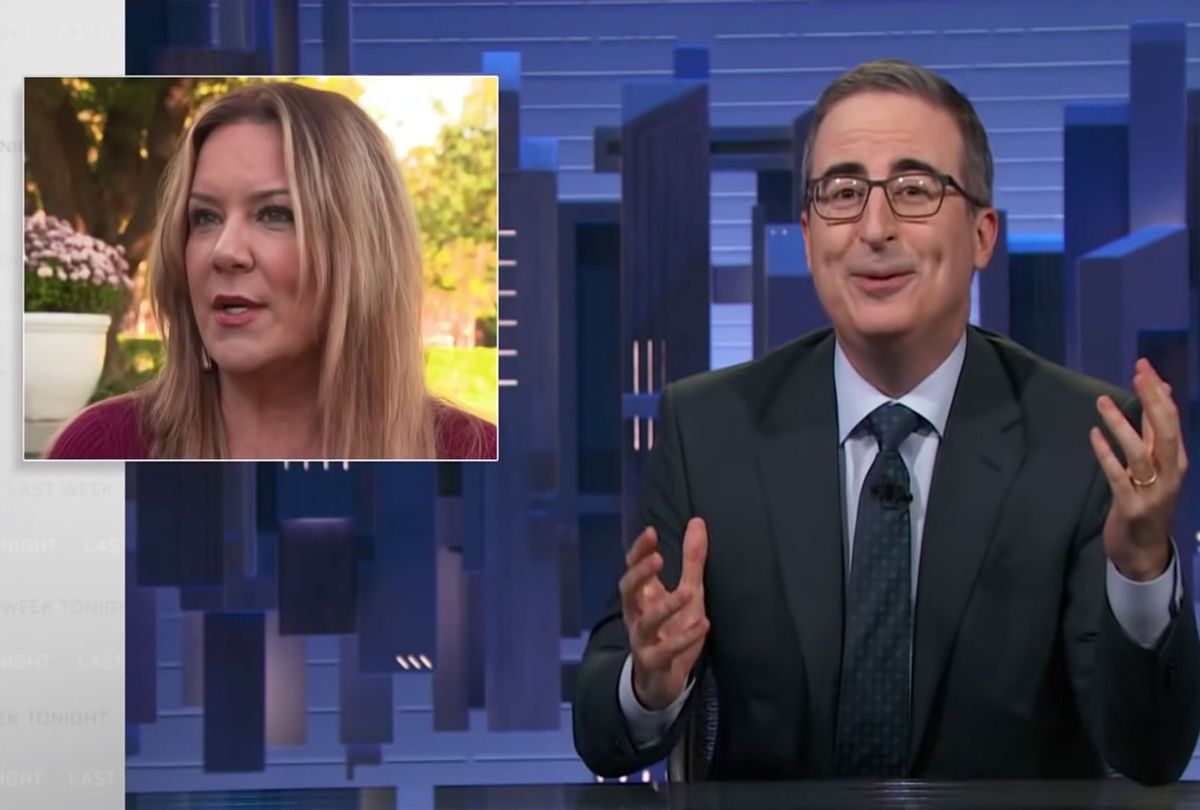 Oliver singled out Ryan of the Jan. 6 defendants. Ryan, who is a Texas real estate agent, flew out to the Capitol to participate in the riots. In March, two months after the riots, Ryan tweeted, Definitely not going to jail. Sorry I have blonde hair white skin a great job a great future and I'm not going to jail. Sorry to rain on your hater parade. I did nothing wrong."

"On one hand, a dangerously brazen tweet," said Oliver, "But on the other, a pretty great real housewives catchphrase."

"To be fair, Jenna Ryan was right. She's not going to jail," continued Oliver. "Because she's actually going to prison."

Two weeks ago, Ryan pleaded guilty to misdemeanor charges, and was sentenced to 60 days in prison. In an interview with WFAA, Ryan said of the riots, "We're storming the Capitol. And I meant we're storming with our words and our- we're going down to tell them- and you know, free speech…"

The interview then cut to Ryan shouting at the riots, "You know what? We are armed and dangerous, this is the beginning!"

Oliver played the interview to his live crowd to laughs and cheers. "What are you talking about? You Marjorie Taylor Wanna-Greene? Storming with words? That's not a thing. That's never been a thing. If you look up thing in the dictionary, I'm pretty sure it says 'not storming with words.'"

The interview continued with Ryan explaining how she was preparing for her prison sentence. "It's all you can think about. I'm watching all the YouTube videos on how prison is. How to go to prison, what to do."

"Alright, I don't know what's weirder there: that she seems so casual or that an adult has to go to YouTube to learn how prison is. I'll tell you. It's bad Jenna. Really bad!"