This new vaccine, which is in an early stage of clinical trials, exploits a specific type of immune system cell 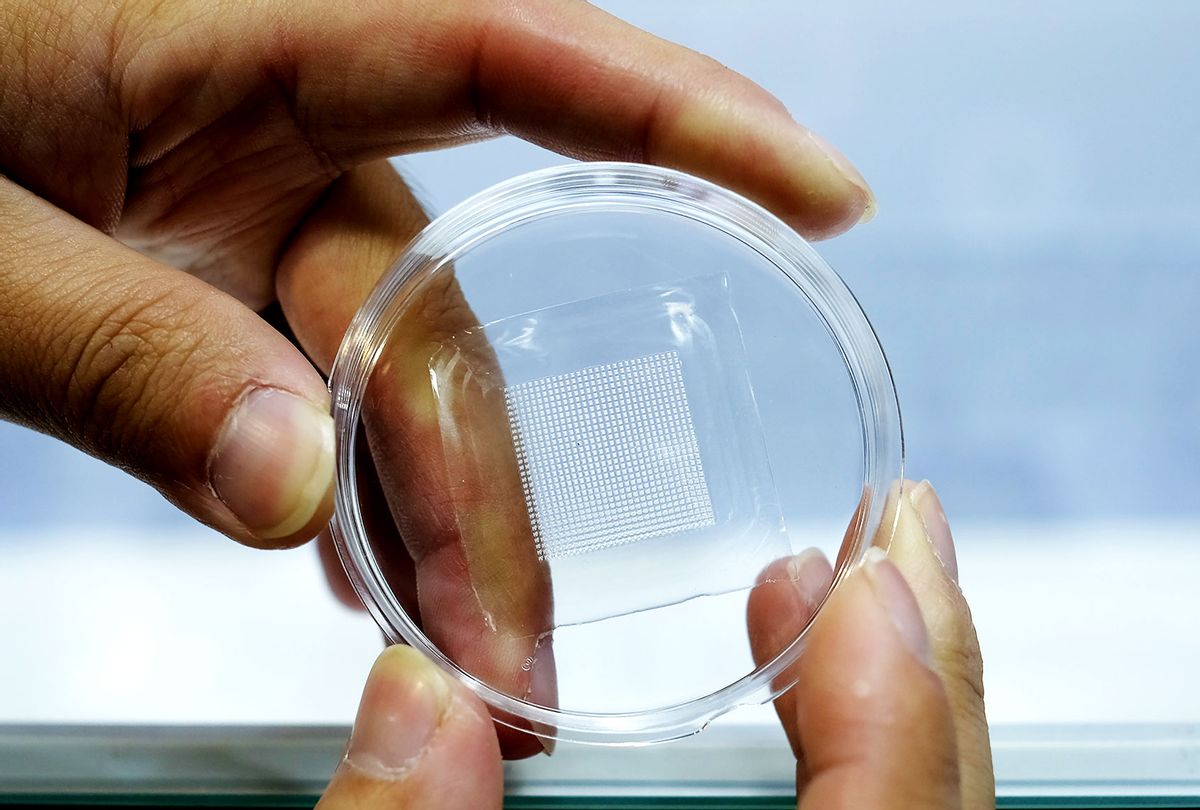 The development of mRNA vaccines, a long-promised and much-touted biotechnology, is regarded as a great victory of medical research spurred by the COVID-19 pandemic. Nowadays, millions of people have been inoculated with these novel vaccines, which comprise both the Pfizer/BioNTech shot as well as Moderna's COVID-19 vaccine.

Yet mRNA vaccine technology is not the only immunological innovation that may emerge from the pandemic. Now, a company based in the United Kingdom called Emergex is preparing to test a next-generation COVID-19 vaccine based on a radical new technology. Unlike the messenger RNA (mRNA) vaccines — which inject a bespoke strand of messenger RNA that generates Spike proteins within the human body — this new vaccine technology is delivered via a skin patch, and relies on T cells, which are white blood cells that are part of the immune system, to kill infected cells.

It is believed that a T-cell vaccine would incite a more rapid and durable response to fighting the infection.

"Although current COVID-19 vaccines have made significant progress in reducing mortality and morbidity, challenges still remain, especially with the development of new variants," said Professor Blaise Genton, Principal Investigator for the trial from the Center for Primary Care and Public Health (Unisante) at the University of Lausanne, Switzerland. "This exciting new scientific approach to developing a vaccine against SARS-CoV-2 addresses the need to generate a T-cell response to elicit long term immunity."

One of the constituent types of immune system cells, T cells play a vital role in fighting threatening foreign substances in the human body. Unlike some immune system cells, T cells do not attack any foreign body; rather, they are laser-focused only on specific pathogens. This trait, researchers believe, could be exploited such that their vaccine could instill a T-cell response in the human body — without actually giving their immune system the dangerous SARS-CoV-2 virus first.

Emergex's proposed vaccine would prepare T cells to remove infected cells from the body right after being infected. This would prevent the virus from replicating and progressing to COVID-19. By targeting and priming the T cells, this would also reduce the transmissibility between infected and non-infected people because it would stop the virus from replicating and prevent the onset of symptoms.

Current vaccines elicit an antibody response that stops the virus from affecting cells, but researchers believe that targeting the T cells directly might be a more direct approach. Of course, this mechanism of action is all yet to be proven until it is tested rigorously in clinical trials.

As Genton noted, this new vaccine technology is theorized to provide longer-lasting immunity than the current vaccines on the market, which are known to wane over time in their effectiveness.

Robin Cohen, the firm's chief commercial officer, likened the technology of the vaccine to an asteroid hitting a planet, according to The Guardian.

"The virus is the asteroid: it fires into the planet and a viral code, a signature for that virus, is rapidly displayed all over the surface," Cohen said. "These signatures are read by T cells as foreign, and the T cells kill the cell before it can produce new live viruses."

Interestingly, the vaccine will be administered not through a needle, but as a skin patch the size of a thumbnail. Small, tiny micro-needles release the shot within seconds. Unlike the mRNA Moderna and Pfizer vaccines that need to be stored in a freezer — or the Johnson & Johnson vaccine which needs to be stored in a fridge — the Emergex vaccine can survive for up to three month at room temperature. However, it is a two-dose vaccine, akin to Pfizer or Moderna's vaccines.

"Our T-cell priming vaccines may offer significant benefits over current COVID-19 vaccines including longer lasting immunity and broader protection against new variants," Cohen said. "We are proud to announce the initiation of this trial and look forward to gathering data to support the development of this important next generation vaccine."

The first phase of the clinical trial is a small one, and involves two groups of 13 volunteers who will receive high and low doses of the vaccine or a placebo. As a double-blind study, neither the patients nor the researchers know which study group the patients are in during the trial. The first patient is expected to receive their first dose of the vaccine at the start of January 2022.

As the last couple of years have revealed, the process of vaccine development is very involved and can take months or years. In the United States, there are set processes that each pharmaceutical company must follow in order to get approval. These start with a preclinical trial, and then three phases of testing before being approved.

If the Emergex vaccines succeeds with its clinical trials, and is approved for world-wide use, it could be another way to effectively deploy and administer a vaccine across the world.

"Emergex vaccines have been designed to be administered via the skin using microneedles and to be stable at ambient room temperature for beyond three months, facilitating rapid and efficient distribution across the world and making administration of the vaccine more patient friendly," the company stated in a press release.