Israeli study says the Pfizer vaccine is losing effectiveness. But some experts think it's a fluke 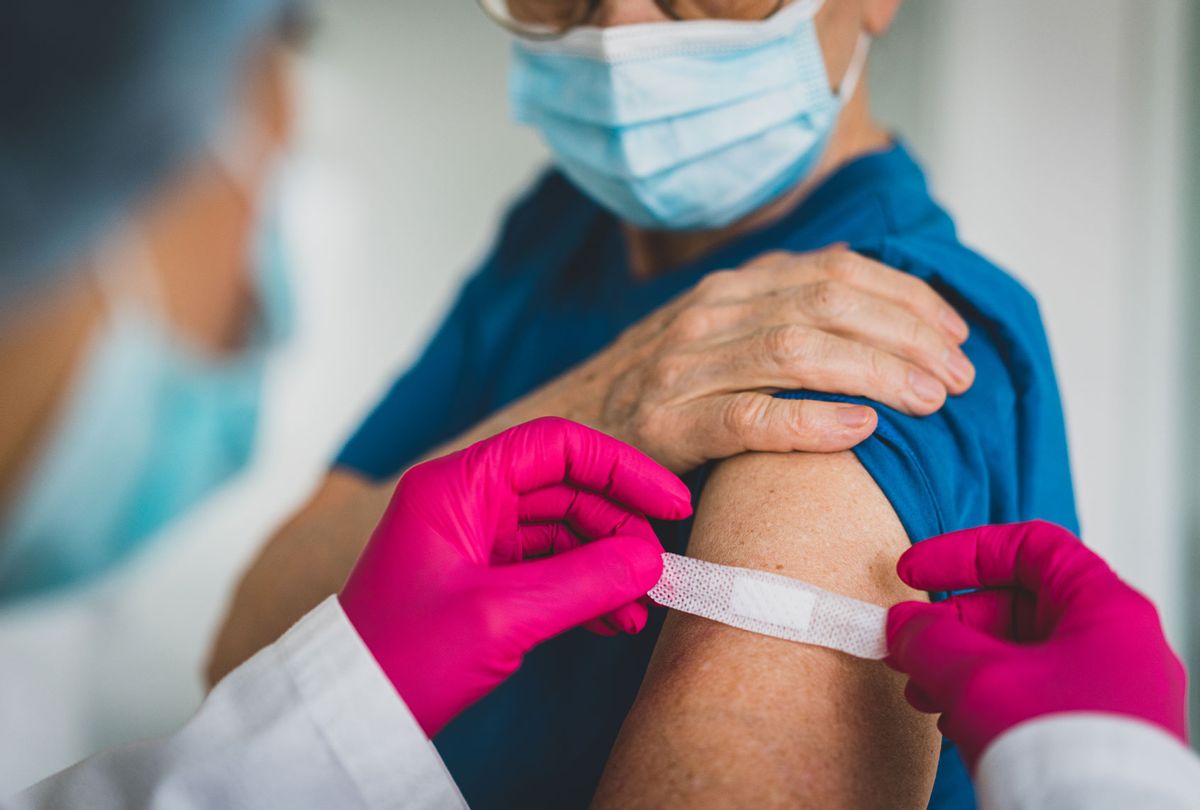 Last week, Israel's health ministry released preliminary data suggesting that the Pfizer-BioNTech COVID-19 vaccine's ability to protect against a mild coronavirus infection may have decreased precipitously, even though it remains effective against severe illness and death from COVID-19. The reason for the decrease in the vaccine's effectiveness may be both because of transient immunity and the virulent delta variant of SARS-CoV-2, which is more adept at overcoming the vaccine's defenses.

The delta variant is now the dominant strain of SARS-CoV-2 in Israel, where researchers now estimate that the two-shot Pfizer vaccine is only 39% effective in preventing an infection within the country. That is about half as effective as the vaccine was two weeks ago, when it purportedly exhibited 64% effectiveness against coronavirus infection in Israel — though at that point in time, the delta variant was less widespread. Upon its public release in late 2020, Pfizer-BioNTech's mRNA vaccine was reported to have an efficacy of 95%.

Still, the decline is steep in contrast to the vaccine's estimated 95% effectiveness rate from January to early April 2020, which Israeli researchers calculated at the time.

The Israeli Health Ministry previously said it calculates the effectiveness of a vaccine by analyzing the number of infections among the vaccinated and comparing it with those who were unvaccinated in the examined period. This latest analysis was conducted among hundreds of people — a relatively small sample size.

Ran Balicer, chairman of Israel's national expert advisory team on the COVID-19 response, told Bloomberg News that some factors may not have been accounted for in the data, including "the heavily skewed exposure patterns in the recent outbreak in Israel, which are limited to specific population sectors and localities."

"We are trying to complement this research approach with additional ones, taking additional personal characteristics into account," Balicer added. "This takes time and larger case numbers."

Yet the question remains as to whether this study is a fluke, or a very real sign that Pfizer vaccine effectiveness is waning. Previously, researchers suspected that the COVID-19 vaccines would only confer temporary immunity, not permanent immunity; this is normal for certain vaccines, such as those for influenza or tetanus, for which humans need periodic booster shots throughout the course of their lives.

Figuring out whether the Israeli study is an anomaly would require much more data collection and research. But as the Washington Post reported, this preliminary report from Israel is already being weaponized by outlets like Fox News and vaccine skeptics.

Dr. Monica Gandhi, an infectious disease doctor and professor of medicine at the University of California–San Francisco, told Salon there are two key points to remember when it comes to immunity produced by the vaccine. The first is that it is likely antibodies produced by the vaccine will wane over time, but that doesn't mean that the vaccine isn't working.

"Luckily, what the vaccine does is make Memory B cells," Gandhi said. "And memory B cells are able to kick into gear and produce more antibodies if they see the virus again."

Gandhi pointed to a separate study of 12 people who were vaccinated with two Pfizer-BioNTech shots, showing that the place where their memory B cells were stored in their lymph nodes increased in concentration over time — suggesting that even if antibodies fade, Memory B cells will linger for a while and be able to protect against the original SARS-CoV-2 virus.

"Also, vaccines produce memory T cells, which also will amplify if they see the virus again." Gandhi said. "So we never want to say that there's waning immunity based on just antibody responses."

The second point, Gandhi said, is that mild breakthrough infections could mean that vaccine immunity is just fine — and that symptoms are occurring as a result of the body fighting a higher viral load with the delta variant.

"If you see more of a viral inoculum, your immune system needs to kick into gear, so you may get higher upper respiratory symptoms — mild, cold-like symptoms," Gandhi said. "Then your immune system kicks into gear and stops it from [becoming] a more severe infection."

Notably, the preliminary Israeli report has been challenged by a recent Public Health England study published in the New England Journal of Medicine that found that the two-dose Pfizer vaccine was 88 percent effective against the delta variant.

As Salon has previously reported, the delta variant poses the greatest threat to unvaccinated people. What makes the delta variant a "variant of concern" among unvaccinated individuals is how its mutations are more dangerous than other variants. The virus is believed to be far more contagious and transmissible due to how it generates more copies of itself in the respiratory tract.

Gandhi said she doesn't think the preliminary data from Israel should be a cause for concern in the United States.

"I don't think we take one country's comments of 9 million people and make a policy change," Gandhi said. She noted that in the United Kingdom, the delta variant surge is receding.