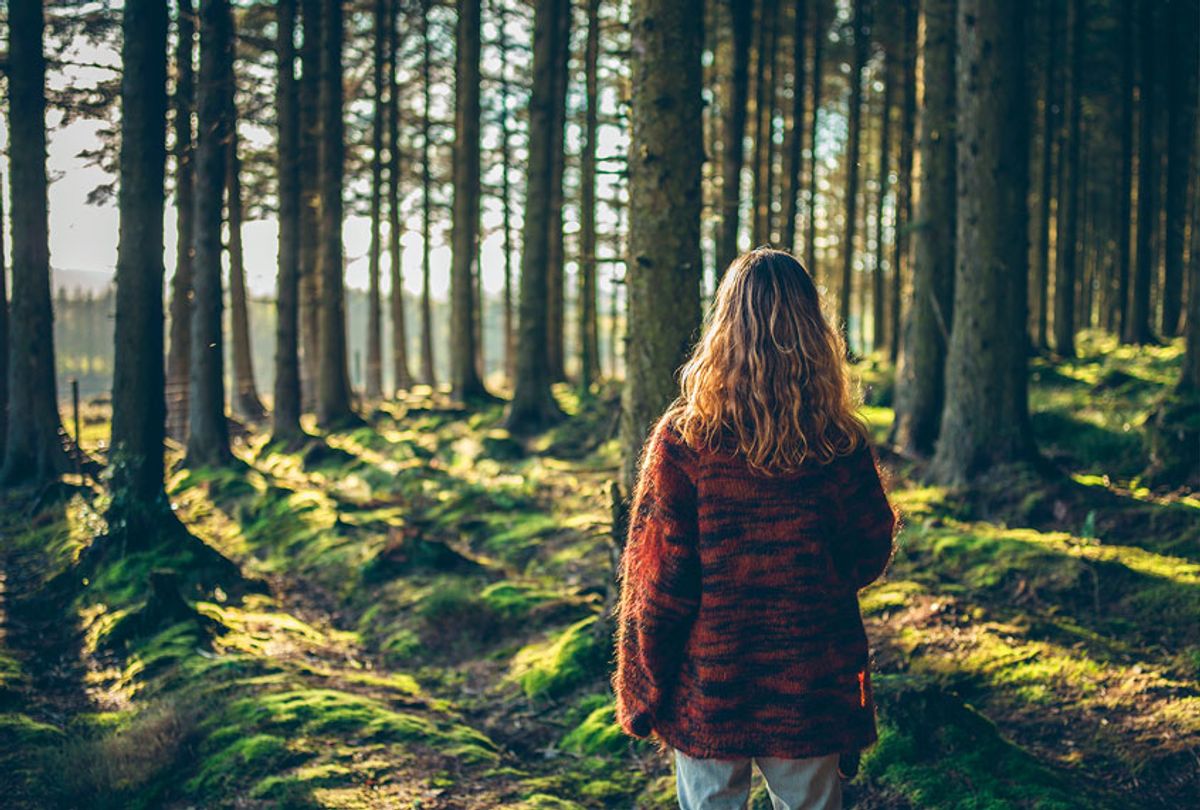 The $1.2 trillion infrastructure package signed by President Joe Biden on Monday will not go down in history as a milestone in America's effort to control the climate crisis. A Princeton University analysis of the bill, which President Joe Biden initially hoped would deliver on many of his climate-related promises from the campaign trail, showed the policies in the package will only shave a hair off of the U.S.'s annual carbon emissions by the end of this decade, if they make any difference at all. But the bipartisan infrastructure bill could mark a turning point in the way the U.S. regards an equally important environmental issue that many scientists say comprises the flip side of the climate change coin: biodiversity.

There's an extinction event underway in the U.S. and most other parts of the globe. The planet's flora and fauna are getting squeezed by development, agriculture, deforestation, overfishing, and rising temperatures. One million species could sputter out, many of them in a matter of decades, because of humans. "The health of ecosystems on which we and all other species depend is deteriorating more rapidly than ever," Robert Watson, chair of the United Nations' Intergovernmental Science-Policy Platform on Biodiversity and Ecosystem Services, said in 2019. "We are eroding the very foundations of our economies, livelihoods, food security, health and quality of life worldwide." Ensuring a liveable planet doesn't just mean keeping global warming below a certain threshold; it also means stemming the loss of species and shoring up the planet's biodiversity.

For more than a century, infrastructure projects in the U.S. have largely sought to stymie nature, not encourage it or coexist alongside it. The Army Corps of Engineers walled off the Mississippi River with levees to prevent flooding along its banks, inadvertently severing Louisiana's intricate web of wetlands from its lifeblood and accelerating the rate of land loss in the state. The Federal Highway Administration's highways help Americans get from point A to point B, but they bisect millions of square miles of habitat, and cars on those roads kill hundreds of millions of animals every year. The Bureau of Reclamation's dams churn out hydropower, but they prevent fish from getting upstream to spawn, and entire salmon species are on the brink of collapse.

"If you look at the Army Corps and even the way we build highways and other stuff, it's almost all fighting against nature," Collin O'Mara, CEO of the National Wildlife Federation, told Grist. "This bill is using nature as an ally instead of an impediment."

Biodiversity experts told Grist that, by passing the bipartisan infrastructure bill, U.S. policymakers took an important step toward stemming the loss of the nation's species and, perhaps, initiated a shift in the way the country considers the natural world. The bill doesn't use the word "biodiversity" explicitly, but it will put $40 billion into pots of funding that will go toward projects related to natural infrastructure and conservation. Not all of the money allocated toward these projects will benefit biodiversity, but a lot of it is aimed at more carefully managing the natural world and protecting habitats.

"Maybe they're not talking specifically about biodiversity, but they're talking about a lot of programs that will benefit biodiversity by improving vegetation and habitat and hydrology and sediment movement," Rusty Feagin, professor of ecology, conservation biology, and engineering at Texas A&M University, told Grist. "There's a ton in there."

The bill is the single largest investment in conservation in U.S. history — on par with the Civilian Conservation Corps in Franklin Delano Roosevelt's New Deal, which was responsible for the planting of 3 billion new trees, and bigger than the 2012 RESTORE Act, which directed billions of dollars in funding to ecosystems out of a federal settlement with BP after the Deepwater Horizon oil spill in 2010.

The bill's scope of ambition is no accident — wildlife groups, conservation nonprofits, and even hunting associations put pressure on Biden back when he was still a candidate for president to take a strong position on protecting biodiversity. And when it came time for negotiations between Republicans and Democrats on the infrastructure deal back in July, the 10 centrist senators who worked to reach a deal represented states with strong conservation legacies. According to O'Mara, Republican Senator Lisa Murkowski from Alaska, a state that's warming three times faster than the rest of the planet, pushed for resilience funding. Senator Joe Manchin, a Democrat from West Virginia, advocated for mine reclamation and capping orphan wells. Republican Susan Collins from Maine, the most forested state in the U.S., was a big proponent of funding for forests.

"There was more commonality on resilience investments than there was on standards and regulations," O'Mara said. "That's where the common ground was among the original 10 negotiators." The resulting bill married infrastructure and conservation in a way that had never been done before in the U.S.

"It's a significant improvement from the status quo in the sense that traditional highway bills, traditional water resources development bills, they barely acknowledge that wildlife matter," Brett Hartl, government affairs director for the Center for Biological Diversity, told Grist. "We're finally seeing an acknowledgement of the need to make these investments."

The bill's most important contribution to protecting biodiversity may be how it reframes the conversation around infrastructure in the U.S. in general. "If this was 20 or 30 years ago, and you had this bill happen, you wouldn't have any of this in there, it would just be like concrete. Here's money for roads, build a bunch of roads," Feagin said. "At least now we're getting to a point where we're like, 'OK, how can we do these things to fix damages we've already done or how we can stop doing damages?'"

The extinction crisis is not going to be solved by one infrastructure bill. All the experts Grist talked to agreed that more still needs to be done. There's more money earmarked for threatened species in the Build Back Better Act, the second half of Biden's agenda that is currently tied up in congressional negotiations.

Regardless of what happens to the Build Back Better Act, Feagin thinks the infrastructure package will go down in history as a fork in the road for the U.S. "When you really look at the impact of this, conceptually, over the next couple of decades, it'll be a turning point in the way we're driving our economy," he said. "I think it'll change it from an economy that's built to benefit human needs without regard for the natural world to one in which we're building a better world for humans while also trying to sustain the base on which it relies, which is nature."