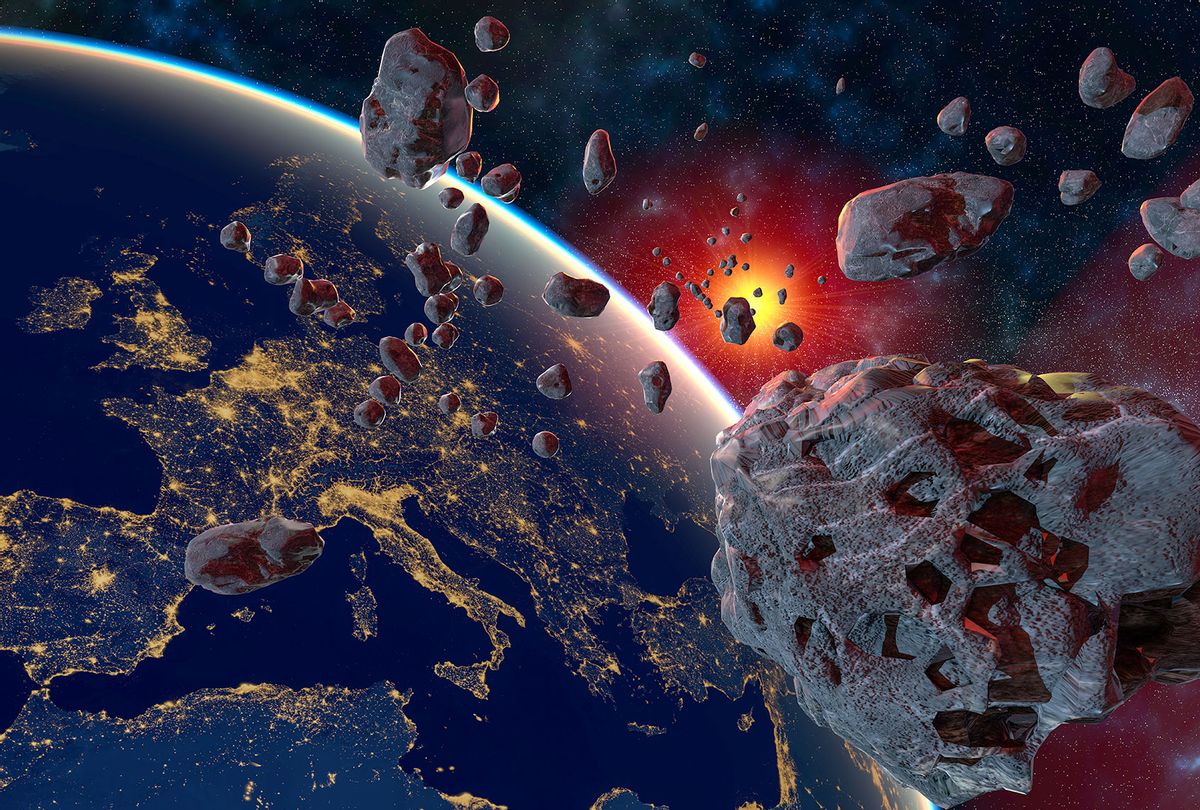 Among existential threats to humanity, asteroid impacts rank high — in part because they've caused extinction-level events on Earth so many times before. Indeed, the dinosaurs perished 66 million years ago as a result of an impact from an asteroid or comet; and it's a matter of when, not if, another strikes.

Fortunately, real-life NASA engineers are acutely concerned about the threat of space rocks ending life as we know it. To that end, NASA is launching a spacecraft to test means of neutralizing such a threat, using methods similar to (but not exactly like) those seen in the 1998 big-budget asteroid disaster movies "Armageddon" and "Deep Impact."

The spacecraft is known as the Double Asteroid Redirection Test (DART), and is scheduled to launch from California on Nov. 24. If the launch is successful, DART will collide with a pair of asteroids named Didymos (nearly 800 meters wide) and Dimorphos (roughly 160 meters wide). The goal will be for the spacecraft to collide with Dimorphos as it orbits Didymos, and thereby shrink its orbit. If DART succeeds in doing so, it will reinforce the idea that a spacecraft directed at a devastatingly large asteroid could deflect it away from Earth's orbit like a billiard ball being bounced away from a corner pocket.

And if it fails? While that would be disappointing, neither of these asteroids pose a menace to Earth. The stakes in this hypothetical world-saving scenario are low because right now it is just that — a proof-of-concept in a spacecraft.

While small asteroids and other celestial bodies collide with Earth on a regular basis, most of them are so small that they either disintegrate in our atmosphere or land on the ground as harmless meteorites. From a strictly probabilistic standpoint, it is exceptionally unlikely that an extinction-level event deriving from an asteroid will occur in our lifetimes. Even so, as any disaster movie fan will tell you, it is better to be safe than sorry. That is why engineers have come up with a number of ideas for making sure that if the possible doomsday ever comes, humanity will be ready to tell that asteroid that is not welcome near from our gravitational keyhole — that is, the tiny region of space in a planet's gravity that sucks the passing object into its orbit in such a way that collision becomes unavoidable.

In 2007, NASA sent a report to Congress detailing options for stopping an asteroid heading toward Earth. One proposed method would be to simply lob a nuclear bomb at it. While the detonation's force would probably blast the asteroid away from Earth, it could also cause fallout problems that would take lives (albeit far fewer than an extinction-level asteroid impact). A "kinetic impactor" like DART was listed as the next best option, although the downside there is that there are many variables about any given asteroid that scientists simply don't know. Just as a competent pool player is familiar with the physical properties of billard balls, and as such how to apply geometry and physics to their method of play during a game, any astronomer trying to deflect a dangerous asteroid would need as much information as possible about its size, surface composition, trajectory and momentum. Scientists who prefer the kinetic impactor approach acknowledge that, quite likely, a number of "deflection campaign architectures" will be necessary to cover humanity's bases.

In addition to possibly saving our skin from a future catastrophe, DART could also help us learn more about the asteroid itself. After making impact with the asteroid, DART may kick up a dust storm or leave a giant crater. A probe named LICIACube, which was funded by the Italian Space Agency, will separate from DART a mere 10 days before impact, which is expected to happen next autumn. It will then circle around what remains and take pictures, possibly giving scientists an unprecedented view of the interior of a busted up asteroid.

"We might be surprised by the images we collect," Elisabetta Dotto, an astronomer at the National Institute for Astrophysics in Rome and leader of the group of Italian universities and institutions involved in LICIACube, told Nature.