The defendants were found guilty of violating a state conspiracy law 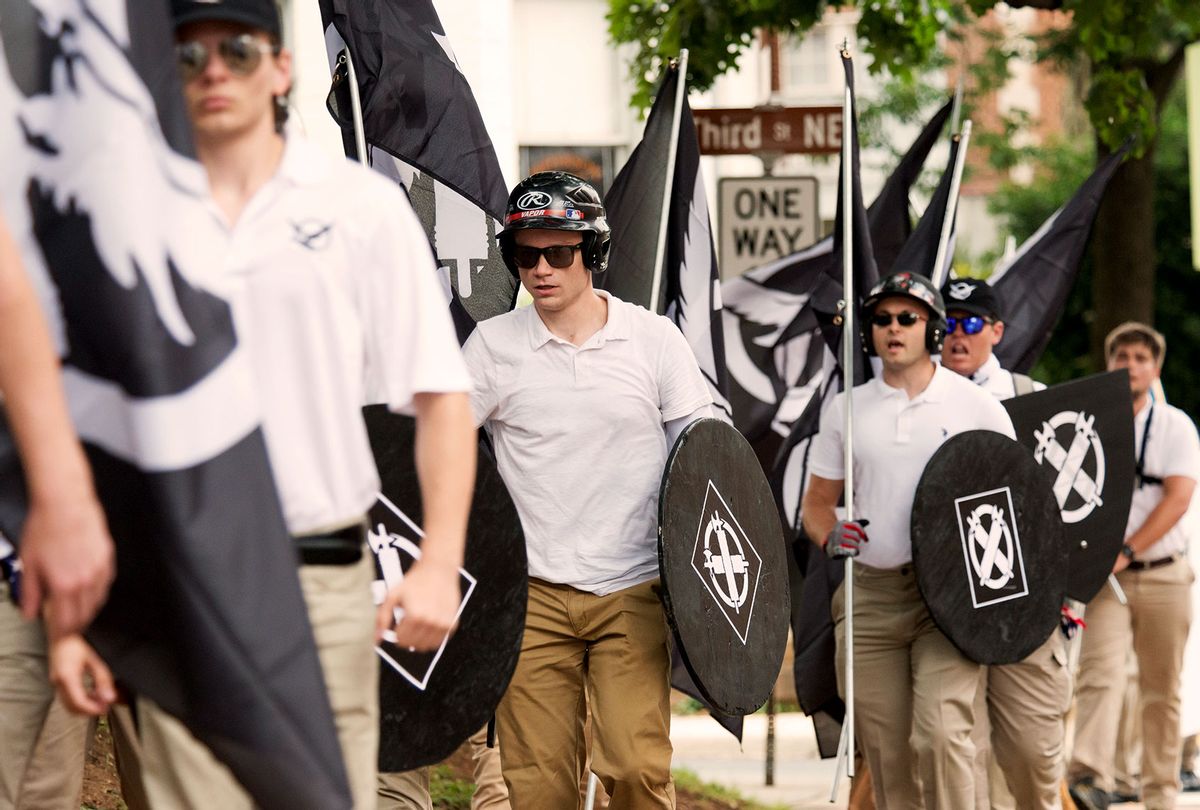 Neo-Nazis, white supremacists and other alt-right factions scuffled with counter-demonstrators near Emancipation Park (Formerly "Lee Park") in downtown Charlottesville, Virginia. After fighting between factions escalated, Virginia State Police ordered the evacuation by all parties and cancellation of the "Unite The Right" rally scheduled to take place in the park. (Albin Lohr-Jones/Pacific Press/LightRocket via Getty Images)
--

On Wednesday, a federal jury found all defendants in a lawsuit stemming from the "Unite the Right Rally" – a violent demonstration led by white supremacists in Charlottesville, Virginia – guilty of violating a Virginia state conspiracy law.

The suit, whose plaintiffs argued that they had violated an 1871 bill designed protect African Americans from vigilante terrorism, took aim at a number of white supremacists, neo-Nazis, and members of the alt-right who attended or organized the rally, including neo-Nazi Jason Kessler and conspiracist Richard B. Spencer.

Also among them are Christopher Cantwell, Michael Peinovich, Andrew Anglin, and James Fields – a white supremacist accused of deliberately ramming his car into a crowd of counter-protesters during the rally, leaving 35 injured and one dead.

The jury specifically found the defendants guilty of violating multiple claims brought by the plaintiffs, including the violation of a state conspiracy law and the violation of a law "prohibiting racial, religious or ethnic harassment or violence," according to CNN.

According to BuzzFeed News' Christopher Miller, a number of defendants will be expected to pay $500,000 each in punitive damages. Among those named include Spencer, Cantwell, Kessler, Robert "Azzmador" Ray, Nathan Damigo, Eliott Kline, Matthew Heimbach, Matthew Parrott, Michael Hill, and Michael Tubbs. Five white nationalist organizations are expected to shell out $1 million each on the same conspiracy count.

During the rally, organized back in August of 2017, demonstrators chanted a variety of anti-Semitic and racist rhetoric, including: "Jews will not replace us." In court, Spencer attempted to distance himself from this slogan, claiming: "I'm ashamed of it. Those are not my sincerely, thoughtful beliefs."

The suit was originally filed on October 11, 2017 in the U.S. District Court for the Western District of Virginia by a group of Charlottesville residents who were injured as a result of the violence that unfolded during the rally. The plaintiffs were represented by Integrity First for America, a nonpartisan nonprofit formed in response to the rally, in addition to an outside legal team led by commercial litigator Roberta Kaplan.

"This is a HISTORIC legal victory against the forces of violent hate that threaten our communities & our democracy," the group said in a statement following the jury's decision.