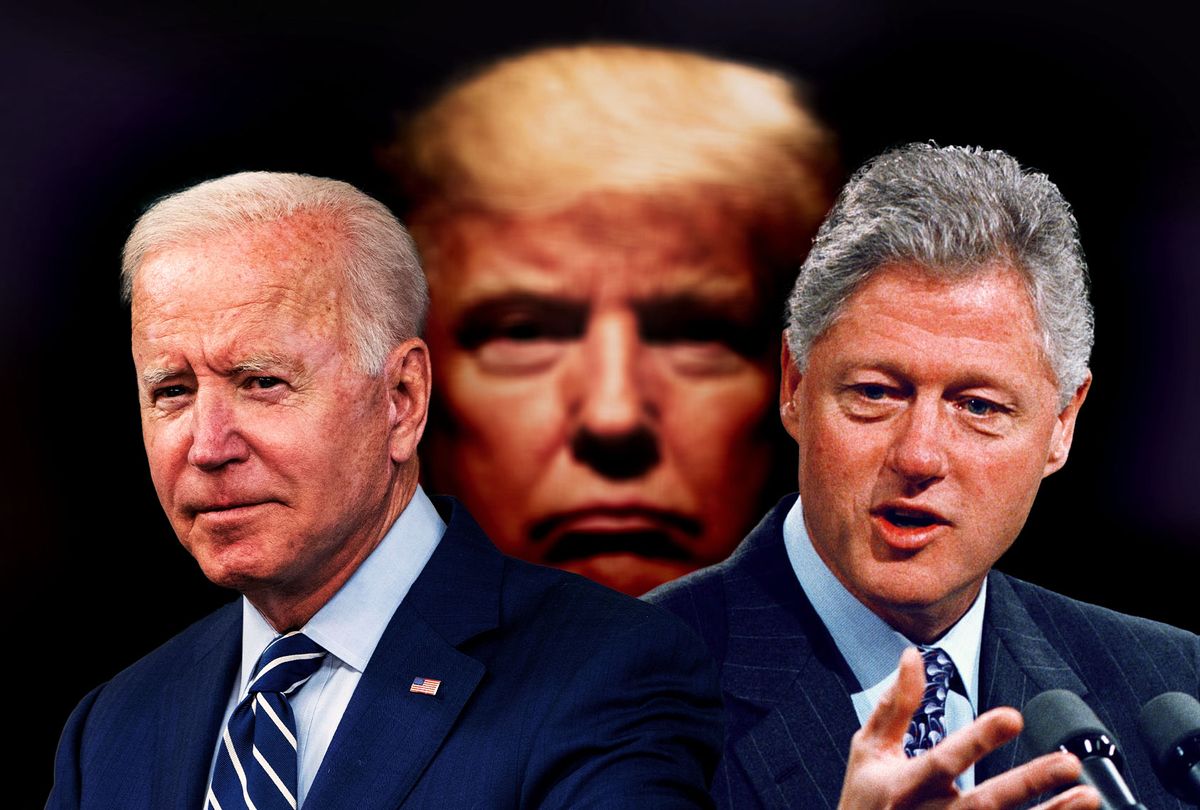 President Joe Biden is getting an awful lot of advice these days. This happens whenever a president's approval ratings drop and members of his party start to panic. It seems to be a congenital condition for Democrats in particular, as Republicans are more adept at keeping their heads down and barreling over rough political terrain.

Biden's approval ratings are averaging in the low to mid-40s, where Donald Trump was mired throughout his entire presidency. I don't recall the Republicans publicly wringing their hands over that fact, but then the Trump presidency was so overwhelmed with scandal and corruption that there literally was no time to worry about such ordinary political concerns. Every day seemed like a survival test. But Biden is a standard-issue president and his low numbers have become a focus of the media so, therefore, it's a crisis.

I'm sure the administration is frustrated by this since, by all objective standards, they've accomplished a great deal in the 10 months they've been in office. Considering the fact that they took office with a floundering economy, a once-in-a-century pandemic at its peak and on the heels of an attempted coup, it's even more impressive. They were handed a giant mess.

And they've done a lot. They initiated the biggest vaccination campaign in history and, all in all, it's been massively successful despite a large faction of anti-science holdouts who have kept the virus going by refusing to get vaccinated. It's not over yet, and people are still dying in large numbers, but a whole lot of Americans feel a lot safer today than they did a year ago.

They passed two gigantic pieces of legislation, the first of which, The American Rescue Plan, has revived the economy at an astonishing pace, rapidly helping to bring down unemployment and raise wages. They are still dealing with the fallout from the global pandemic with disrupted supply chains and pent-up demand, which has sparked inflation, putting a damper on people's perception of the recovery. But there is an expectation that these are temporary hiccups — as the markets evidently believe since they have been soaring. (The supply chain problems are already easing.)

With the narrowest possible majorities, they also managed to pass a big infrastructure bill with bipartisan support, which is something of a unicorn in these polarized times, and have successfully passed their big Build Back Better legislation through the House with the hope of getting the two hold-out Democratic centrists, Joe Manchin of West Virginia and Kyrsten Sinema of Arizona, to sign on before the end of the year. If that passes it will end up being the most consequential first year of an administration since Franklin Roosevelt.

So why are Biden's approval ratings so low?

Yes, there is inflation and people really don't like seeing those gas prices go up. It feels like a slap in the face after all the fear and panic over the last year. And the Delta variant dashed everyone's hopes that we were putting COVID behind us. But the mood is sour everywhere.

Many foreign leaders are experiencing a similar hit to their approval ratings. French President Emmanuel Macron is at 40 percent, Canadian Prime Minister Justin Trudeau is just above him at 41 percent and even the leader who was once exalted as the COVID star, Jacinda Ardern of New Zealand, is down in the low 40s. Joe Biden is wildly popular compared to Britain's Boris Johnson of Britain, a conservative, who is all the way down to 32 percent. Germany's Angela Merkel is at 70 percent, but she's leaving office and her party lost the recent election so ... (In case you were wondering, Trump's approval rating is also at 41 percent.)

But here in the U.S., it's also the case that this is simply something that tends to happen whenever a new president comes into office and tries to do big things — whether it's trying to right the ship, make major progress or effect some massive rollback.

Jamelle Bouie in the New York Times recently called up the ghost of the GOP's (former) favorite president, Ronald Reagan, to illustrate this phenomenon. He quotes an article from this point in Reagan's term which could have easily been written today about Joe Biden. The man whom everyone thinks of as being a hugely popular president actually had a major decline in popularity in his first year. In fact, it's not at all uncommon because, as Bouie explains, "public opinion functions like a thermostat, in which voters try to adjust the temperature of policy when it moves too far in either direction."

The more ambitious a president is or appears to be, the stronger the thermostatic reaction against him. Biden has spent most of this year broadcasting the size and scope of his proposed agenda and has signed, thus far, two bills totaling nearly $3 trillion in spending. That is ambitious, to say the least, and we should expect the public to react in response. Combine a thermostatic response against Biden with the usual first-year decline (as we saw with Reagan), and you have the first part of a structural explanation for the president's political woes.

In other words, these things happen.

When you combine all the events outlined above, inflation, the pandemic, the normal thermostatic public reaction, it's not too hard to see why Biden's approval is slumping. Yet all across Democratic punditland there are people calling for Biden to make more speeches, change his message, get out there and sell, hold press conferences, conscript party members to do the same, fight back! The press is covering it as a major crisis, largely driven by "wokism," culture war issues and yes, an agenda that they are pushing the public to see as far too ambitious. (I heard one anchor on MSNBC ask a while back, "is the Biden administration just too liberal for America?" when reporting on the latest poll numbers.) It's a wonder that Biden's numbers are as high as they are.

But as Bouie says in his column:

It is hard to act as an ambitious president without incurring a penalty, even if your policies are popular, as Biden's are. It is also hard, as president, to be popular, period. Every person who has held the office has hit a rough spot and struggled to regain his footing.

Perhaps Joe Biden, having been around for a very long time, has a sense of this and is just carrying on without responding to the carping and hand-wringing with the knowledge that much of this is out of his hands and that which isn't will not be solved by "messaging" or speeches. A lot of being a successful president is just how skillfully you ride the wave.