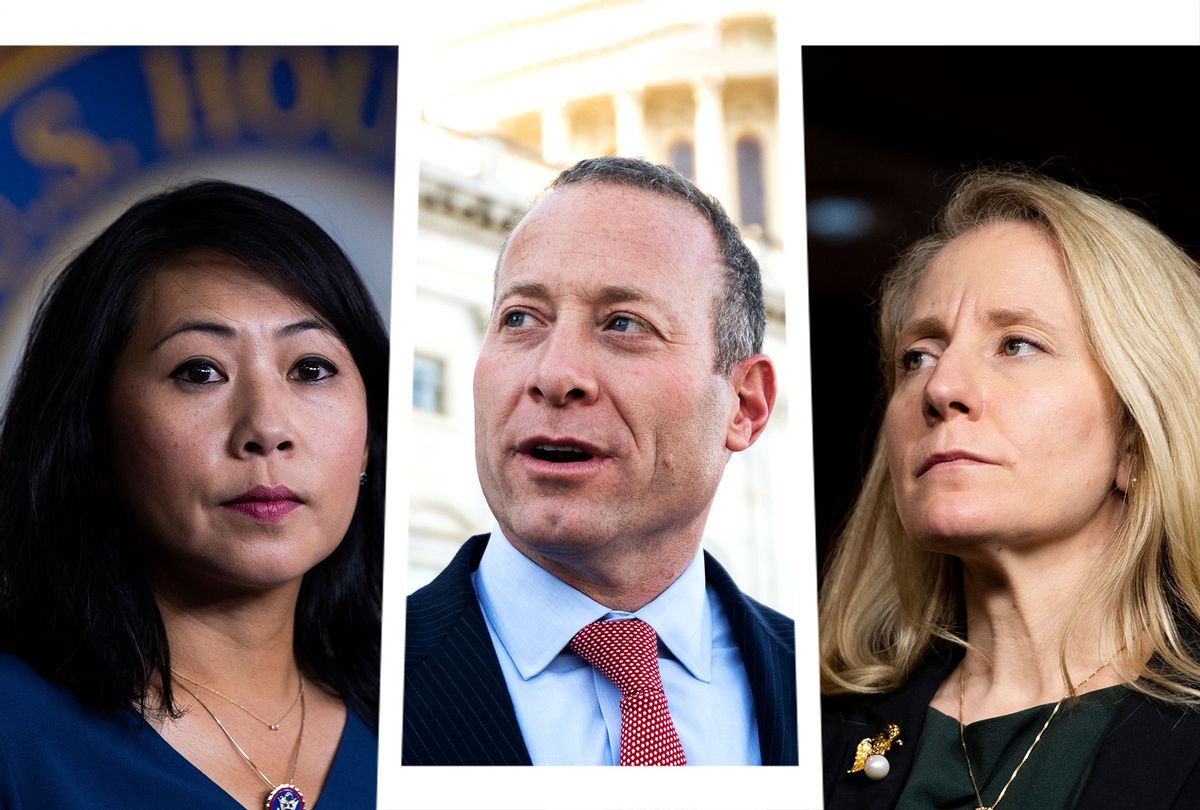 After a late-night marathon stunt from the Republican leader in the House of Representatives, Rep. Kevin McCarthy of California, and a flood of last-minute money from multiple conservative groups targeted at moderates, House Democrats passed President Joe Biden's signature legislation.

The hard-fought legislation was finally passed on Friday in a near-unanimous party-line vote. Not one Republican voted for the package. Maine's Jared Golden, who cited tax breaks for the wealthy as the source for his opposition, was the only Democrat to vote against the package. Vulnerable Democrats like Golden faced ad campaigns in their districts in recent weeks funded by right-wing opponents to President Biden's landmark domestic spending bill.

"Virginia rejects the radical Biden-Pelosi agenda. But liberals like Elaine Luria still aren't listening," the ad says. "Luria is voting with Nancy Pelosi. Trillions on a wish list for the radical left. Tell Elaine Luria to get the message and reject the Pelosi spending plan."

The spot uses similar language to address Spanberger and was broadcasted in both lawmakers' districts.

The campaign comes weeks after the gubernatorial win of pro-Trump candidate Glenn Youngkin in Virginia – a state that Biden carried by ten points a year ago during the presidential election. According to Axios, every county in Virginia swung right in the state's most recent gubernatorial election.

"If congressional Democrats don't stop Biden and Pelosi's plan, a lot of Americans won't be able to pay their heating bills this winter," the ad warns, specifically citing concerns around inflation. The spot, The Hill noted, was unveiled just one day after a Department of Labor revealed that annual inflation had hit a thirty-year record high in October.

Polls have widely indicated that Biden's approval rating has fallen as a result of rising consumer prices. However, the White House has argued that his human infrastructure bill will combat inflation, largely because the measure will be paid for by closing the "tax gap."

The spot came just a week after a similar advertising effort was helmed by the Club for Growth, a conservative 501(c)(4) that advocates for cutting taxes, free trade, deregulation, and entitlement reform.

"Prices of gas, groceries, cars, housing, going through the roof after Biden blew through trillions," the group's ad states. "Now he wants to add more taxes, drive prices even higher and spend even more."

On Monday, President Biden signed his $1 trillion infrastructure bill, seen by many Democrats as just one of two components of the White House's infrastructure agenda. The bill – significantly watered down by Republicans and moderate Democrats – sets out to put billions in repairing the nation's roads, bridges, railways, and expanding broadband.